“What a curious power words have.” ― Tadeusz Borowski

Like all of us, I have a routine in the mornings which starts at 6:30ish with feeding Morgan and ends about 8ish with breakfast.  After breakfast, I open up the laptop and spend some time wandering around the internet, checking mail, facebook, the weather, the google news feed, and so forth.  Today, while looking through all the newsy articles, I saw one that stated Merriam-Webster had announced “The Word of the Year”.  Wow – who knew there was a Word of the Year.  As it turns out, there are several organizations and websites that offer a Word of the Year. 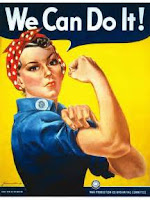 Merriam-Webster - 2017 - FEMINISM
1- the theory of the political, economic, and social equality of the sexes; 2- organized activity on behalf of women's rights and interests

So, I checked around to see what other Words there were.  Many and lots, let me tell you.

From our long ago past, the Historical Dictionary of American Slang offers ---
1500 - Geck  An eccentric individual
1600 - Addlepate  A stupid or foolish person.
1700 - Claptrap   Nonsense.
1800 - Shoddyocracy — people who get rich selling shoddy merchandise or services.

Wowsy again – they not only have a Word of the Year, they have words in various categories.  Like

Most Useful
2011 - Humblebrag  - an expression of false humility

Least Likely to Succeed
2012 - Phablet - mid-sized electronic device larger than a phone, smaller than a tablet

Then there was this –
"Trump" has been named the children's 2017 "Word of the Year" by the Oxford University Press.  Use of the word "Trump" has increased 839 percent. They analyzed over 100,000 short stories written by British children for a competition, and have already declared "Trump" to be the Children's Word of this Year.  From those kids' imaginations emerged such characters as Boggle Trump, Snozzle Trump, and Trumplestilskin.