March the Work in the Yard Month

March is the month of major outdoor work – at least for me.  I always figure I have March and April to get outside things done because by May, summer is here and it’s really too hot to do much.  Currently, our evenings are still cool and the daytime temps in the mid-to upper 70’s.

So, my mornings, the past several weeks, have consisted of getting outside by 8AM and working like a wild woman until noon.  Then, dragging myself inside to spend the rest of the afternoon recuperating.

The yards are coming around and starting to look nice.  Nothing is blooming yet but much is planted and I’m thinking I should have more actual herbs, flowers, trees, and other stuff (tomatoes, lettuce, spinach, potatoes, and carrots all in containers) in places where they will grow big and produce!

Anyway this is my excuse for having not posted for a while.  Next month will be better.

I also managed to finish two things on-the-list-of-projects.  Long years ago, I acquired a wood chair (seatless) to turn into a flower holder.  So, I finally glued all the joints, stained and sealed the chair, then made the wire basket to go inside and planted it with flower seeds. 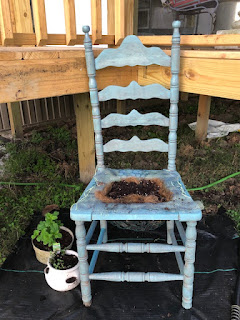 If there are actual flowers later in the spring/summer, I’ll post another picture.

Then, recently a friend called and asked me if I wanted a glider for my new back porch.  She had been given one years ago but had never put it together.  It had been living in pieces in her garage and she wanted the space.  Yes!  So, I sat down with parts, a bazillion nuts and bolts and .  . . . . . 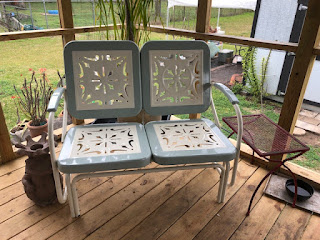 Act Happy Week
Right after spring break with winter coming to an end, what better time for Act Happy Week to occur.  Happiness has been associated with many positive health implications, such as helping to maintain healthy blood pressure, boost your immune system, and oppose dangers associated with stress hormones. Being happy can also improve your mood and the mood of those around you.  What can you do?
Do what’s important to you.  We all do those things we “must get done” day to day but how often do we say, “I love to fill in the blank but I just don’t have the time.  This week do something you really like.
Tell a corny joke.  Why do the seagulls fly over the sea?  Because if they flew over the bay they would be bagels. (Hahahaha snicker giggle – terrible, I know, but did you laugh?)
Adjust your body language.  Sit up straight, walk with your head up and shoulders back, uncross your arms when standing and legs when seated.
Practice gratitude.  It’s easy to get lost in a world of want. Instead of focusing on what you want or don’t have make a list of things in your life you are grateful for. 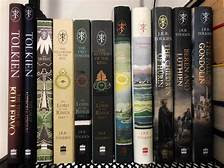 Why March 25? – well according to the Tolkien Society, the 25th of March is the date of the downfall of Sauron (Lord of the Rings) and the fall of Barad-dur (the enormous fortress of the Dark Lord Sauron and capital of his barren land of Mordor).  So, did you know he wrote over 29 books?  Yes, the two most familiar to us all – The Hobbit and The Lord of the Rings trilogy.  There’s also The Adventures of Tom Bombadil, The Road Goes Ever On, Bilbo’s Last Song, The Silmarillion, along with a bunch of others.

If you haven’t read any of Margaret Maron’s books, you might put her on your “to read” list.  I really enjoy her Deborah Knott series.  And, while at a used bookstore, I found one I hadn’t read.

Hard Row (#13) by Margaret Maron
As Judge Deborah Knott presides over a case involving a barroom brawl, it becomes clear that deep resentments over race, class, and illegal immigration are simmering just below the surface in the countryside. An early spring sun has begun to shine like a blessing on the fertile fields of North Carolina, but along with the seeds sprouting in the thawing soil, violence is growing as well. Mutilated body parts have appeared along the back roads of Colleton County, and the search for the victim's identity and for that of his killer will lead Deborah and her new husband, Sheriff's Deputy Dwight Bryant, into the desperate realm of undocumented farm workers exploited for cheap labor.

This is a great series though you should read them in order because life changes as time goes by.  Deborah tends to be on the sidelines of the murder that has taken place (rather than in the hot middle of it) and offers more insight to solving the case because of something she’s come across in court or through her large extended family or “bing” the light goes off in her brain.

My daughter is here visiting.  I enjoy every minute of her visits which are always over too soon.  She works from home so is able to bring her office with her and work from my house.  It’s a great arrangement as I get outside stuff and inside stuff done while she working and we have the evenings and weekend to spend together.

I guess that’s about all I know. 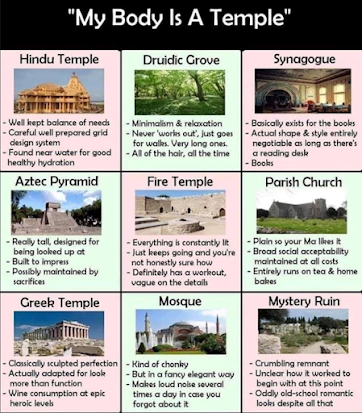 Which one are you?  I’m leaning toward – Mystery Ruin!

Daylight and Other Things 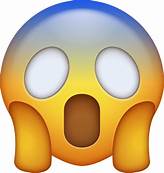 I am probably one of the few people that does not like DST.  I want it to be light at 6am when I get up!  Here, during July, August, September, and at least ½ of October, it’s still too hot and humid (and usually mosquito-ey) to go outside to do yard-type stuff during that extra hour of hotness at the end of a hot day.  And, I never am able to change my internal clock.  Ugh!

And so, I moved everything outside and then moved big heavy containers around many times while I tracked the sun.  Arranged and rearranged everything on the back porch until all was good.

I finished the work on the herb garden.  Brought in 5 more bags of dirt and 2 bags of mulch.  Then, planted four herbs (oregano, lemon verbena, Mexican mint marigold, winter savory) I’ve had in containers for a year and started planning what all I want for the garden.  Basil – several different types, sage, parsley, borage, marjoram, catnip, chives, dill, nasturtium – hmmmm how much space do I have????

I did go on and plant dill seeds and nasturtium seeds. 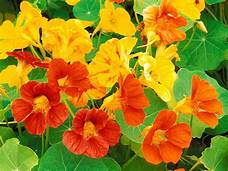 Pretty edible plants that attract pollinators.  Flowers and leaves are rich in vitamin C and antioxidants that are associated with improving eye and skin health.  In the past they were made into a tisane for the treatment of sore throat and colds.  Flowers and leaves taste a bit peppery and make a nice addition to salads.  They grow in any kind of soil with minimum care.

Several trees were starting to put out a few new green buds as were many shrubs.  Wildflowers were coming up in the yard (we did talk about wildflowers, aka weeds to some, in an earlier post).  Temps in the upper 70’s.  Ahhhhh spring. 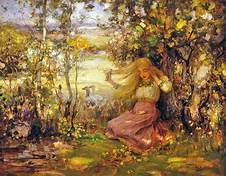 yeah – ok – nothing actually looked like that but it was coming

The Demon Duo were thrilled to be able to go out on the porch to play and/or sleep.  All was going smoothly and then . . . . . . 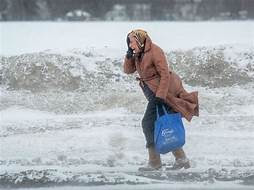 okay, again, probably not exactly like the above photo but close.

Forecasters were predicting heavy wind and a freeze – in the MIDDLE OF MARCH. At least two nights of freezing temperatures (depending on which weather station you look at, possibly 3 nights).  Aarrgghh 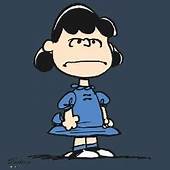 And, I moved everything back in.

On the last day before this deep freeze occurred, I went to a local nursery to look at plants.  The owner was anticipating the freeze and still had most things in the greenhouses but I was there to look at several herbs and some tomatoes.  And, I came home with a bay tree, a Cherokee purple tomato, a Juliet tomato and a moringa tree. 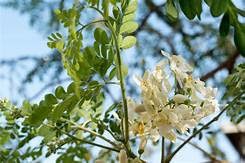 A fast growing, drought resistant tree, it is native to the Indian subcontinent.  It is also called a drumstick tree, horseradish tree, and benzolive tree.  All parts of this tree are edible and the historical uses go back to 150 BC.  Moringa leaves, seeds, bark, roots, sap, and flowers are commonly used in the traditional medicine of various countries around the world, and the leaves and immature seed pods are used as a food product. Various parts of the plant are decocted in water and taken as a tea. The bark, flowers, and leaves can be pulverized and applied topically for the treatment of various skin disorders.  It has been used for the treatment of infectious, cardiovascular, gastrointestinal, hepatic, and various other ailments, including various types of cancer.  Plus, I like to grow unusual things.

Bobby went with me to pick out the tomatoes and I had him chose the plants and send them positive GROW/PRODUCE vibes.  His farmer genes are stronger than mine so I’m hopeful for a good production year.

Of course, those things are living in the house right now until we are having spring again (maybe Sunday or Monday).

After that, I don’t know much exciting or interesting.  The news stays scary. 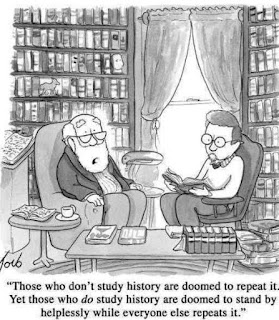 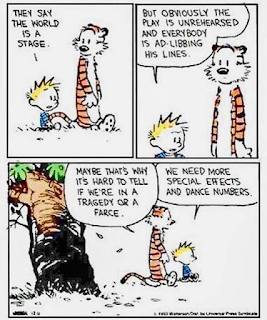 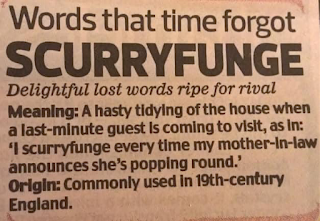 You never know when you will want to impress someone with a new (old) word.