I believe everyone that has (had) a dog, cat, hamster, duck, chicken or pig learn to recognize the sounds of concern that send each human flying out of bed (chair, house) to deal with whatever the problem is.  Could be to run off the neighbors’ dog as he tries to get into the duck pen or wanting to get the cat off the bed (carpet, wood floor) before hacking up a hairball.

For me, now, the sound that usually jolts me up from bed is the sound of splashing water.  Daryl 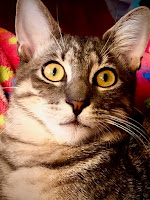 loves water.  He likes to splash in the water.  His favorite time and place?  About 5am and the water in his water bowl.  He will shove the water bowl out to the middle of the kitchen, shove the two dry food bowls up close and happily splash the water onto the floor and dry kibble.  In the past, he’s just splashed the water all over the floor, however I recently changed their dry food (to weight control because one of the DD is as round as a little tub) and he started making sure the dry food gets wet as well. 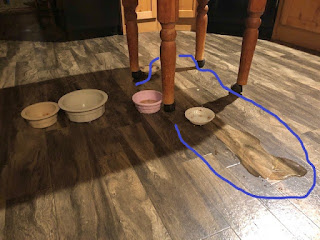 Daryl, pudgy as he is, has two other talents.  He can teleport (yep, as in beam me up scotty).  He can be across the room until the door to the outside is opened and then, he can teleport across the room and squeeze through a tiny opening and be out.  He also is the GREAT GRAY HUNTER.  He’s always chases down any bug that gets in the house and he is an unrelenting hunter – catches whatever, release, chases it down again, catches, release, etc.  With the opening of the new back porch, he has a whole new thing to chase, catch, bring inside, release, chase, catch, etc.

Little green tree frogs.  I’ll bet I’ve rescued a dozen and tossed them back outside already.

I worry that I’m getting old.  You know – old (stodgy) in my thinking (not years).

I’ll be visiting my daughter over xmas in the frozen northlands (Albuquerque).  Now, I live in near perpetual summer.  So, the majority of my clothes are ideal for this climate.  I was looking over said clothes and decided I needed a few long-sleeved shirts (like something that buttons rather than t-shirts).  Off I went to JCPenney’s.  That’s the closest store we have that carry nice women’s clothes.

And, here’re my observations and remarks.

Who buys the clothes for JCP??  96% of them are heavy fleece, or wool blends.  We live in near perpetual summer!  We may have a dozen cold days in January or early February (or we may not).  Then, summer starts again.  People! what are you thinking.

Also, who thinks this makes sense?

Hooded, cropped fleece jackets.  What?  Your boobs are warm, ergo the reset of you stays warm?  I don’t understand.  I thought it was your hands, feet and head to keep warm, not boobs.

Lately, I’ve been (I hesitate to say watching because, mostly, I just listen) to an old TV show (Castle).  I usually put something like that on when I’m working on a project that requires 70% of my attention (the sweater I’m currently crocheting).  It’s a cute show.  I know what to expect.  I don’t have to pay much attention to follow along.

There are commercials and they float over my head for the most part.  Though, one or two have caught my attention but only because the actors are very attractive and the setting of the commercial is very elaborate.  Now, don’t think for a second, they are selling something I might buy because although I know the category of the product, I have no idea the brand.  Plus, those commercials are right out of a bad romance novel or the beginning of a scifi book, so – no.

#1  A hunky man in a tiny white speedo dives off an impossibly high cliff into cerulean blue ocean and shoots out of the water onto a floatie wherein lays a beautiful woman.

What are these people selling? 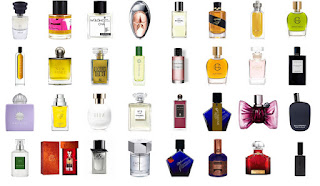 Really?  What I actually think is – I hope she doesn’t get that glitter in her eyes; that’s gonna hurt.  The other one – just makes me shake my head – riiiiight like that’s gonna happen.

Well, I have to go now.  Zack discovered my suitcase sitting out and is determined to sit on me. 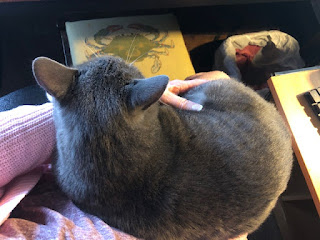 I will leave you with this small thought – 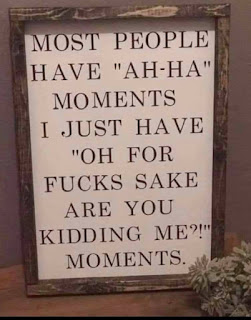 Many little things that have kept me very busy.

The back porch is finished!  And beautiful! 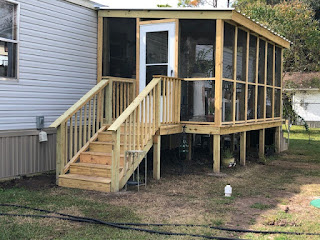 The Boys like it out there.  Zack sits in his comfy bed while Daryl hides amongst the bromeliads. 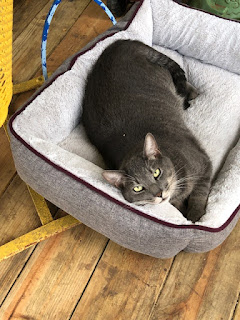 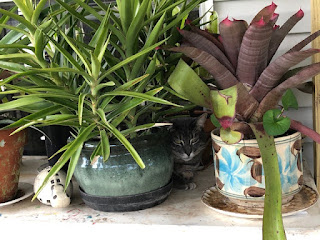 So, first of all, I spent two days moving plants on to the porch.  Little plants and very large plants.  Day three I pulled out the staple gun, the sheets of plastic, and the 10’ ladder.

1  The staple gun is very difficult for me to use.  I have to be able to put my full weight into holding it in place and pulling the handle.
2  The wind loved the individual sheets of plastic and blew them all around me.
3  The 10’ ladder is aluminum which makes it lightweight.  Good / Bad.  Good, I can carry it easily.  Bad, it wobbles easily.
4  The porch is really tall.
5  I am not tall.  Even on the ladder I had to stand on the second to top step and reach up over my head.

I did manage, after many bad words and sheer stubbornness, to get three panels up.  Stood back and surveyed my handiwork.  Crooked, lopsided, and uneven.  Well, that’s bad – and I pulled them down and put them away. 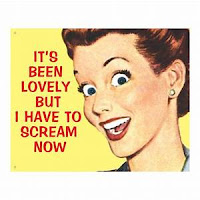 Fine!  I’ll come up with something else or maybe I’ll just look at all those plants and tell them –

Live or Die – you’re on the porch!

Maybe we’ll have our normal mild winter and not a repeat of last year.  Something to worry about later.

Then arrived Thanksgiving.  I was invited to celebrate Thanksgiving with my niece and family – Ellen’s daughter.  And, it was a happy and fun celebration with nine adults, 1 baby, 4 dogs, a couple of cats, a big lizard and a hedgehog!

Saturday I decided to bring in the Christmas tree (which was living in the loft of the shed).  I wanted to set it up undecorated for a day or two so the Demon Duo would get used to a tree in the living room.  And, while I was up in the loft, I’d go ahead and get the tubs of ornaments down.

Again – the 10’ ladder.  The tree sections were heavier than I remembered from last year but I got them down.  And, got down five of the 6 tubs.  The last tub? – the last tub was really heavy plus I was getting tired but I wrestled the tub off the loft floor and started down the ladder.  And . . . . . 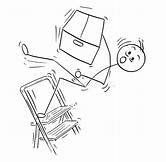 yep, I fell off the ladder.  Didn’t break anything but I torqued my back and raised enough bumps and bruises to make me lay on the shed floor and cry for a couple of minutes.  I managed to get everything onto the back porch then spent two days sitting in the recliner or laying flat on my back.  During that time, I determined there is no place for the big tree in my small living room.

Hmmm - anything else?  Oh yes, I have a few plant things to show off - 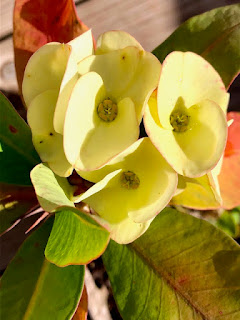 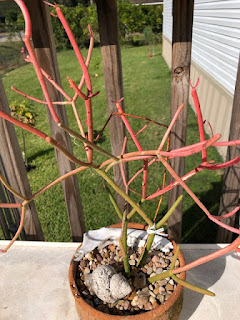 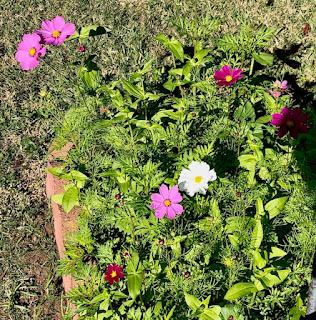 And the wildflower seeds I planted in October are blooming and/or covered with buds.

Okay, that is all I know.