So, what were you doing this fine DECEMBER 2 morning?  Hanging up boughs of holly – fa, la, la, la, la?  Looking out your windows at a crisp fall morning? 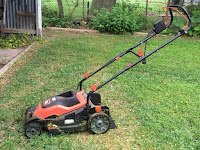 Our weather has been so warm over the past several weeks that the grass and more importantly, the weeds have grown from short and few to alarming and lots.  I will say, I did not mow the entire yard.  Just hit the worst weedy spots which were large enough, thank you very much.

Annnnddd, I was all sweaty after mowing.

Wrong, wrong, wrong.
Having to mow is bad enough.  Mowing and sweaty in December – unacceptable!

I hate to mow.

The world's first disposable razor blade was invented in 1901. Until that time, men used weapons of mass destruction. 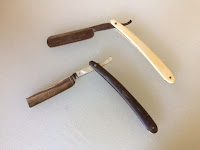 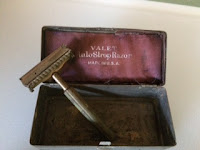 And, just in case you need to know –
National Dice Day is Monday, December 4, 2017
National Communicate with Your Kids Day is Tuesday, December 5, 2017

Oh – and December is Bingo Month.

The Italians invented Bingo (Lo Giuoco del Lotto D’Italia) in the 1770’s.  From there it went to France – “Le Lotto”.  Didn’t get to the US until the 1930’s and was played at carnivals and called Beano because beans were used to mark the squares.  According to stories, a player miss-yelled the name on a winning card as BINGO and it stuck. 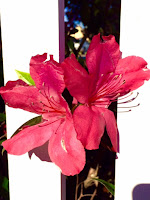