How does my garden grow


Well, right now, pretty damn poorly.  However, it is December, after all, plus we’ve had very dry weather, snow and temperatures from 85° to 30° over the past 6 weeks.  That mixed in with THE GREAT FLOOD OF 2017 - well, I’m just amazed anything is growing in it at all.  OK,  so said, I thought I mention a few things that are growing and have grown in the garden.

According to the ancient Greeks, Daphne, rather than give herself to Apollo, pleaded with her father, the river god Peneus, to transform her and was changed into the slender Bay Laurel moments before her capture. Apollo was so astounded by the tree's beauty that he claimed the laurel as his own and dedicated it to reward the highest achievements of Greek civilization.

Bay Laurel is an evergreen tree growing has tall as 60 feet.  It is, however, a slow grower, so have patience.  In general, it likes a well-drained soil with a sunny exposure.  It grows best with regular watering and young (that’s anything 10 years or less) or potted plants don’t like to have dry roots at all.  These trees can put out several trunks making you think it’s really a rowdy shrub - it’s not – it’s a tree.  And, it’s a tree that can deal with a lot of pruning and shaping.

While you can plant bay laurel seeds, germination can be a hard, slow process.  Try propagating from cuttings.  Chose a semi-hardwood stem (that’s a green stem that snaps rather than bends), 5-6 inches long and remove all but the top two or three leaves.  Dip the end in a root hormone and plant in a good potting soil mixture.  I usually place my potted cuttings in a ziplock bag and leave them alone for several weeks to several months.  When my cuttings start producing new leaves, I will move them into larger pots.  And, when they get to be 12-15 inches tall, I’ll plant them in the ground.  This tree is frost tender, so if you live someplace with winter, you might keep it as a potted plant.  And, by the way, bay trees do bloom although the tree needs to be mature –

Certainly, bay is a wonderful culinary plant.  Add bay leaves to slow cooking foods like soups, stews, pasta sauce, marinades.  You do want to remove the bay leaf before eating as it is not easily digested and has sharpish edges.

What else – well, place a leaf or two in your pantry to discourage weevils and other pests.  According to herbalists, as a poultice, bay laurel will help ease arthritis, and taken in a tea, it will help control high blood pressure.

Bay is also said to help soothe anxiety symptoms.  Burn a dry bay leaf in an ashtray, then leave the room for several minutes. When you come back, you will notice a positive energy flow present in the room. Relax and take deep breaths allowing the aroma to calm your soul and body.

Bay is a strong protection herb.  Sorcerers and poisoners can not harm the person who carries it. It 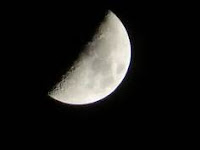 was believed that lightning would not strike where bay was planted. Witches and devils are supposedly rendered helpless by it.  And, during the waxing moon, wishes can be written on the leaves then burned on the Full Moon to empower the wish