One of THOSE Days

Honest to god, I’ve had One of THOSE Days for a while now.

Last week, while driving, in Wharton, I sort of got lost ….. twice.  Well, I didn’t actually get lost, I missed my street.

As it happens, occasionally when driving my brain sort of divides into parts and one part keeps an eye on the other cars, any stoplights, people walking down the middle of the street and another part starts working on any projects I have in the hopper.  The project my brain is currently working on is an upcoming program I have to give.  I haven’t thought about it much because, until recently it wasn’t scheduled until the end of October.  P L E N T Y of time.  Then I had to reschedule and now the program is going to be in September – like the 2nd week of September.

Background:  Recently I went to the ophthalmologist – couldn’t see very well and couldn’t use the computer for longer than 30 minutes without my vision going a wonky.  And, yes, I had to get a new prescription.  Ugh.  And, I need to do the 20-20-20 thing more regularly (you know, work 20 minutes, stop, look 20 feet away for 20 seconds).  I am keeping my frames, just getting new lenses (which are costing the moon and a few stars all by themselves without getting frames). So, I finally got a text from the glasses lady and went to get the new lenses.  And while driving over, thinking about my upcoming program, all of a sudden, I realized I was at a stoplight.  No – not right – no stoplights on the way to the glasses place.  Where am I??  Damn, missed my turn.

Turned around, went back and got there without further problem.  As it turns out, I only got one new lens because the other one was not right.  Not only could I not see anything through that lens, it gave me immediate eye strain and a headache and vertigo and all sorts of other terrible things.  So I got one new lens and one is being remade.  (this being rather useless information, I know)

So, when leaving, I drifted immediately into the program subject and maybe taking some examples and making a slide show and ……. damn, missed my turn to go home. I just hate it when that happens.

I had to take Daryl to the kitty cat doctor again.  He started acting a bit weird, okay weirder than what’s normal for him.  For instance – he’d hide in a tiny dark space – all day long.  And he started have muscle ripples, from neck to tail, down his back and he started doing obsessive grooming.  Now, Daryl is happy to get into the kennel, until I shut and lock the door.  Then he starts making pitiful baby kitty mews.  When we get downstairs and in the car, the mews get louder and stronger.  And, when the car actually starts to move, he screams bloody murder.  All the way to the vet.  Once we get there and into an exam room, he immediately goes silent and backs up to the very back of the kennel and makes himself as tiny as possible.  I told the doctor the problem and that I wanted to know if she could see, hear, feel anything out of normal.  Would Daryl come out of the kennel?  No, we have to turn it door down and shake him out.  Then, omg, two strange women touched him all over (he does not like to be touched much).  The doctor did do one thing I shall not describe here having to do with anal glands.  The upshot?  Well, he's a healthy, 18-pound, solid cat. (My daughter tells me “solid” is a code word for fat.)  We got home without problem but with loud cat shrieks.  I don’t know if the gland deal was the problem or the entire trip alarmed him but he’s back to normal and all is well.

I am concerned that this week may be another of THOSE days because at 3am, one of the Demon Duo threw up.  In my bed.  Right next to me.  This is not a positive thing.

My next Earth Lab is coming up very soon.  The July program was on local birds and was very interesting and well attended (yay!). 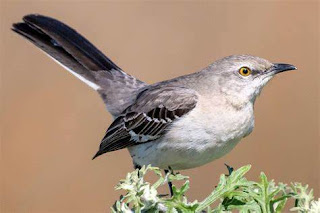 This rather drab looking fellow is our state bird
The Mockingbird.

The August program is on Ikebana – The Art of Japanese Flower Arranging.  It’s a two-hour program with one hour dedicated to a presentation, explanation, and examples of Ikebana.  The second hour is a hands-on workshop. 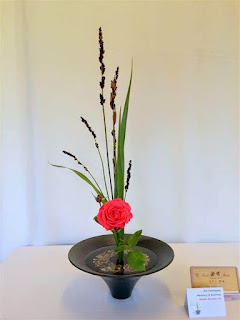 Now, in case you don’t know,

Ikebana can be traced to the sixth century with the introduction of Buddhism to Japan from China and Korea.  Buddhist floral offerings, called kuge, were placed on the altar of temples.  The offering consisted of three main stems gathered closely at the base and rising from the water as one.  The three stems represent the harmonious relationship between heaven, man, and earth.  Each stem in the arrangement has a symbolic meaning drawn from both religion and landscape art with the whole arrangement representing the entire universe.  Today this art form can be found in contemporary spaces where people live, work and play. Arrangements make use of natural materials, bringing the beauty of nature indoors. The tradition has evolved into a modern art form that can be enjoyed by everyone. 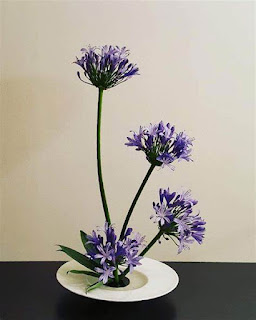 I am stressing “modern art form” because I don’t want people to think it’s all about dumping a couple flowers in a vase and done.

I am currently experiencing – omg-what-if-nobody-shows-up. 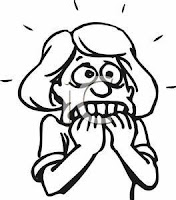 I’ll be better by Saturday afternoon. 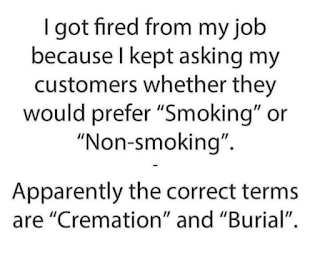 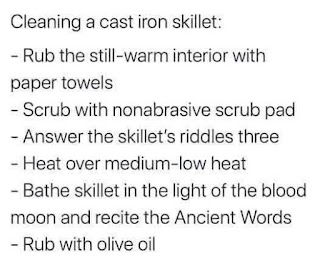 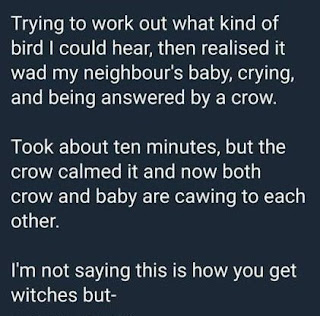 Just getting everyone ready for the October holiday season.