When I think back to my growing up years, there are a lot of rather odd sayings and facts and general nonsense that I was told or learned that still affects me today in one way or another.  Like -

If you posed a question to him in the form of a statement (I have a question..), his response would be:
Shoot luke, I’ve got you faded.
I have no idea where this came from – “got you faded” = got you covered.  I do still hear him say it in my memories though.

I suspect, this expression of irritation or annoyance was a more acceptable option in front of young children than many others.  I do know where that phrase came from.  First written usage was found in “Captain Scraggs or the Green Pea Pirates”
by Peter B. Kyne, copyright, 1919.  I’m assuming my dad read those books in the 1930’s (which makes sense to me as I read the Nancy Drew books written in 1930 in the late 1950’s – date written doesn’t usually have anything to do with date read) and the phrase stayed with him.

Home again home again jiggity jump
This was something I remember my dad saying when we (as in the five of us) got home from a drive.  I expect it came from a nursery rhyme although why its “jump” rather than “jig or jog”, I have no idea.  I used to say it when my children were young. 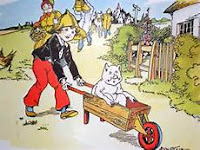 Now, I don’t know or remember the episode wherein this piece of wisdom was given me.  But I do clearly remember being told –
Frogs give you warts
Lesson Learned – Don’t touch frogs.
OK I know better.  Warts are caused by viruses.  Frogs have nothing to do with warts.  However, somewhere in the hidden recesses of my mind, is the fact that, my father – the doctor, said it was true.  I don’t touch frogs, they give you warts.

So when I was a youngish child, it was popular amongst us neighborhood kids to catch an Anole 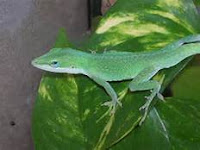 lizard, tie a piece of thread around a leg and safety pin the other end of the thread to our shirt.  Then, we had a little living pin.  This was cool, until the day my Anole bit my finger.  Of course, it didn’t hurt but it didn’t let go either so I went to my father, the fixer of all things, with tears in my eyes and held out a trembling hand with a lizard hanging from a finger.  Help!  And, my father in his wise way looked at the problem and said

This one may be surprising since he was a doctor, but he told me this a number of times when I’d ask about a particular medical situation.
Doctors don’t know.  They are guessing based on current available research.
It’s called “practice” for a reason. (as in a medical practice)
Yes, I do believe that still today. 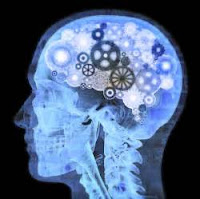 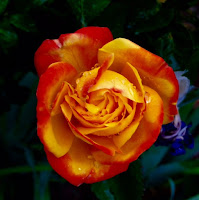