Here not too long ago, Bobby and I made a drive to Independence, TX.  Actually we went to the Antique Rose Emporium.  I wanted a couple of shrub roses and it’s a nice day trip.  The drive into the hill country this time of the year is beautiful with wildflowers. 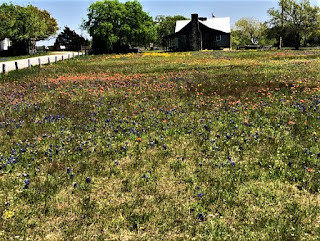 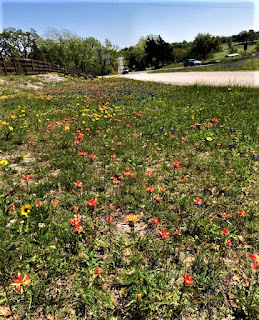 My phone camera doesn’t do them justice.

Although I went to buy one rose, I left with two – 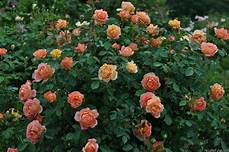 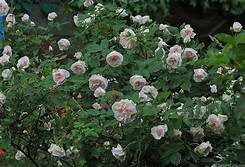 OK – at least I limited myself to just two – I only saw around 92 I liked a great huge amount and 14 or so I really wanted!

Purchases made, we set out to explore the thriving metropolis of Independence.

Today, Independence, TX is a small unincorporated town of about 140 residents.

However, it once was a significant center for religion and education in the Republic of Texas.  In 1845, Independence won the bid for a Texas university, which was named after one of its founders, R.E.B. Baylor, a former U.S. Congressman.  Baylor University opened its doors in 1846 with a total of 24 students, both male and female.  Later the women were separated into an independent institution, known as Baylor Women's College (today it’ called the University of Mary Hardin-Baylor).  At its hey-day, Independence had a hotel, a Masonic Lodge, a stagecoach depot and a small commercial center.  However, when the Santa Fe Railroad wanted to establish a line through town, the city leaders refused to grant it a right-of-way.  And, by 1880, most railroads bypassed the town, taking trade with them.  Both Baylor universities were moved in 1885. 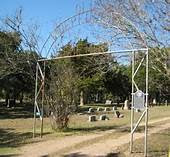 Established in 1823, the cemetery was an early community graveyard used by pioneers of Texas, with many prominent figures of the Republic being buried there including several of the Original 300, the son of Sam Houston and the grandson of Moses Austin. 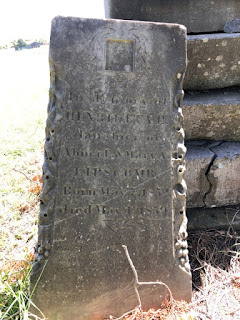 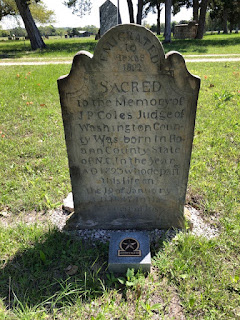 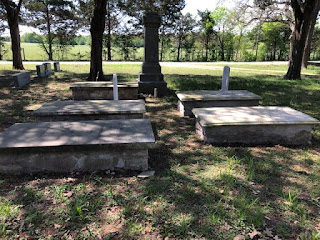 And so endith the tour!