This past Thursday, we three – sister, brother and I, went to Galveston for the day.  And, like all tourists, we walked the Strand – the street that has some of the most interesting shops and buildings on the island.  One of the shops we went into is called “Christmas on the Strand”.  And, yes, they have half of their shop dedicated to Christmas stuff year-around.  I like looking at ornaments no matter the date. 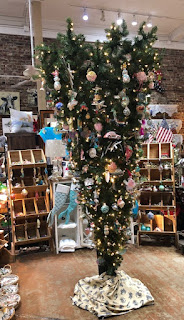 There were many interesting and unusual things.  Some really pretty, some odd, and mostly having to do with the ocean and ocean related things.  But, by far, the most eye-catching ornaments were these - - 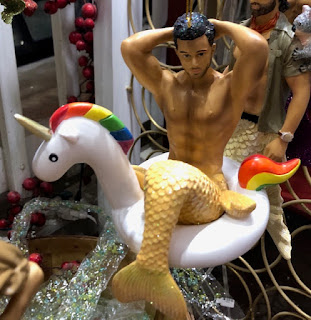 Relaxing on a unicorn pool float 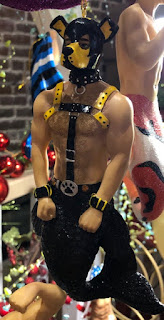 Anyone care for a little pup play? 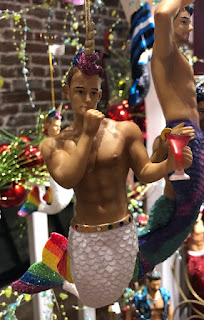 That is one hot unicorn! With a drink in hand, gold belt, unicorn horn, and rainbow sparkle tail, this Rainbow Merman is ready for Gay pride! These are not your average merman ornaments. 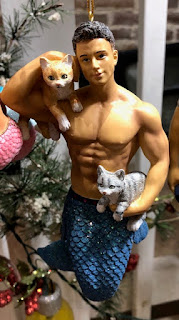 There were a bunch more if none of these appeal to you.  Everything from Cowboys to Doctors; from  to Vampires to Hard Hat types.  Great, just great!