This year I was invited to spend the Christmas/New Year holidays with my brother and his family in Washington.  It was a wonderful trip.

These days they live just outside Camas, WA which is about 20 miles east of Portland, OR. 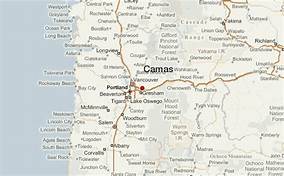 Camas borders Washougal, WA on the east side and Vancouver, WA on the west – kind of a “tri-city” sort of thing.  It’s hard to tell when you leave one town for another.

Camas is named after the Camas Lily, a plant in the asparagus family native to Canada and the NW United States. An edible plant, the bulbs can be pit-roasted or boiled. A roasted camas bulb looks and tastes something like baked sweet potato, but sweeter (according to those that eat such things). 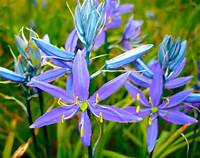 The roads (at least the roads I saw) are all two-lane, curvy, and steep.  And everyone drives fast.

Camas lays claim to a large Georgia-Pacific paper mill and the high school sport teams are called "the Papermakers".

It’s very close to the Columbia River which is the largest river in the Pacific Northwest.  The river starts in British Columbia, Canada, flows northwest and then south to Washington, turns west to form most of the border between Washington and Oregon and empties into the Pacific Ocean.  This is a big river – B I G.  Like, you need a boat to get across it - big.  Its drainage basin is roughly the size of France. It is the fourth-largest river in the US by volume and has the greatest flow of any North American river entering the Pacific. 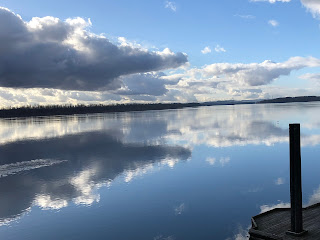 Surprisingly, their weather is very similar to here except it’s not so humid or at least it doesn’t feel as humid.  They get about 50 inches of rain – we get about the same.  Their average winter temperature ranges from 45° to 30° F.  So does ours.  However, here the similarities stop.  Our summer heat can start as early as April and last until November with ranges from 100° to 85° (plus an equal amount of humidity).  Theirs starts in August – 90° to mid-40°s and is done by September.  They actually have that whole – spring, summer, fall, winter thing.

They are surrounded by mountains (sez the serious flatlander here). 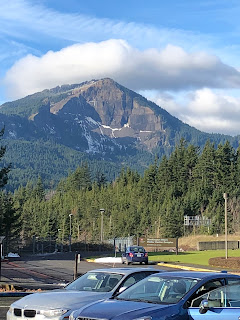 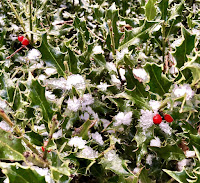