Today, Veterans Day, November 11, honors all military Veterans; that is, everyone who served in the United States Armed Forces, not only those who have died.  (So, as not to be confused, Memorial Day honors those men and women who died serving in the United States Armed Forces).  Originally called Armistice Day, it marked the anniversary of the end of World War I, “The War to End all Wars”.  Major hostilities were formally ended at the 11th hour of the 11th day of the 11th month of 1918, when the Armistice with Germany went into effect.
In 1938, Armistice Day became a federal holiday in the US.  Then, in 1954, after having been
through WWII and the Korean War, Congress amended the Act of 1938 by removing the word “Armistice” and replacing it with “Veterans”.  It is celebrated in other countries as Armistice Day and Remembrance Day in England.

At 11:00 a.m. local time. please observe a two-minute moment of silence, as a sign of respect for those Veterans that have helped keep us safe and able to enjoy our freedoms.

In my family we have many Veterans, going back to the American Revolution and coming forward to this day.  And, while I could list them all – I won’t.  I will list those I have or do know and who will be foremost in my thoughts at 11:00 a.m.

And always, my son, Michael B. Nash, (although not a Veteran since he is currently serving in) US Marine Corps. 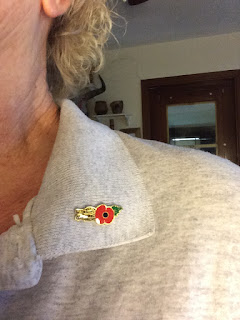