Part Two - from one part of the known and loved universe to a strange, unusual place …


You know, I have decided people that say “moving is a good thing because you can clean out and throw stuff away”, are from a different portion of the universe than I’m from.  I don’t think that really happens until the very last minutes of the very last day, just before that very last box is full and you are desperate.  I found that, during 2 months of packing, I just couldn’t throw things away as I just might need whatever later and then I’d just have to go buy whatever again.  However, as those last minutes approached, throwing away got easier (and, truth be told, it wasn’t my stuff that I threw away anyhow). 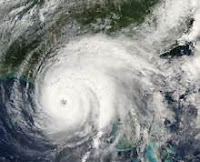 Right up until THE morning, we didn’t know if we were going to be able to close as a hurricane, Ivan the Terrible, was in the Gulf and the insurance companies got all itchy.  Fortunately, our buyers had ordered their storm insurance early; unfortunately, it hadn’t been processed; fortunately, the powers-that-be determined all was covered and closing was a go.

We had just about the same problem with the new house.  At the last minute our insurance agent hadn’t done his job and sent the binder (ordered a month previously).  He tried telling me, because of the storm, that we couldn’t get insurance until I pointed out to him that we were buying a house in Wharton county, not in one of the coastal counties.  We did close on both houses that day – the Galveston house in the AM and the Wharton house in the PM.  It was a long day but at the end I felt like things were going to be less hectic.

On Wednesday, we rented the biggest Uhaul truck available and moved about 100 boxes, all my

plants, yard decorations, the pond, and the fish.  I had already brought down a goodly number of boxes but there were still umpty-dozen trips up/down the stairs bringing down more.  I’ve figured out that was the ultimate stair stepper exercise and I should have lost, oh, at least 5 pounds (nope – but I console myself with the thought that I gained muscle and that’s heavier that just plain old chubby fat).  Anyway, thank the gods for my sister and brother-in-law.  Without their help, we’d have never gotten it all done.

The following day, the professionals (a term used lightly) were to get the rest.  This did not happen.  First of all, they didn’t even get to the house until almost 11:00AM.  Then, they did not bring a truck – instead, two not large enough trailers.  (Did you get that “trailer” word??  no truck – two trailers arrived.)  We still had the big Uhaul so there were three large truck/trailer packing areas.  They did get all the house packed into one trailer.  I had pointed out to them what downstairs went and what did not.  NOT THAT ANYONE LISTENED TO ME!!!  MHN and I went to lunch and stopped by a local appliance store (having a big scratch and dent sale) to take a look at a washer/dryer, since we were leaving ours in Galveston.  As it turned out, it was a terrific price and we bought washer, dryer and a refrig (nope, I didn’t need one – I didn’t want one as our sellers were leaving theirs – but it was that “honey, it’s too good a deal to pass up – we NEEEEEEEEED this.”).  And, here I have to inject a personal opinion.  Side by side refrigerators are TERRIBLE!  The fridgie side is small and difficult to use and the 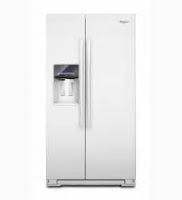 freezer side is just plain useless.  By the time we got back, the movers had packed up all sorts of little things and left all the big heavy things (like the cement bench and the bird bath and the fountain).  Because SOMEBODY didn’t pack HIS workroom stuff into boxes, and the movers decided to pick up all that little crap, they just didn’t have room for the big stuff.

We got away from the beach house about 7-ish at night and got to the Wharton house about 9-ish at night.  Then, I ran back and forth showing the movers where to put the furniture.  A few pieces got damaged but, all-in-all, not too much.  Still, by the time they emptied all three vehicles, it was after 1AM.

Do you see why I hate to move? 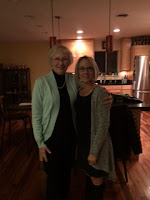