So, this is the last of the song (you may remember I talked about parsley back in October). 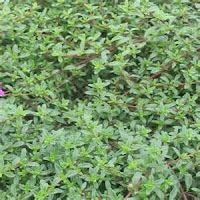 Thyme is another one of my favorite herbs.  Every book and website will tell you Thyme is easy to grow.  Perhaps, but it doesn’t like damp or humid conditions and while it’s not always damp here, it is always humid.  It likes hot, dry climates best. It can make a wonderful low hedge for a herb garden or used as a ground cover.  I have had more success growing it here, in the winter months or as potted plant.  It’s very hardy and, according to other gardeners, you can even brush snow from the plant to harvest sprigs through the winter.  Plant it in full sun and don’t over water.

This is a perennial evergreen herb with culinary, medicinal, aromatic, cosmetic, and ornamental uses. It is a member of the mint family with small white, pink, or lilac flowers. There are more than 350 types of thyme and it can be bushy or low-growing, with leaves varying in color from deep to pale green to variegated green and 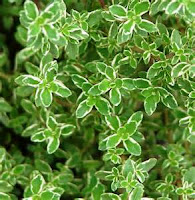 Thyme makes a good companion plant to deter garden pests like beetles.  Plus, the flowers are known for the nectar they contain, which attracts pollinators, like bees.

It is thought that the spread of thyme throughout Europe was due to the Romans, as they used it to purify their rooms and to "give an aromatic flavor to cheese and liqueurs".  Ancient Egyptians used thyme for embalming. The Greeks used it in their baths and burned it as incense, believing it was a source of courage. From the European Middle Ages up to the 18th century, thyme was used as a “strewing” herb, that is, scattered (strewn) over the floors of dwelling places due to its fragrance and insecticide properties.  It also was placed on coffins during funerals to assure passage into the next life.

Place thyme underneath your pillows to sooth your sleep and ward off nightmares. Some people plant thyme in their gardens, saying that as it grows, their money will increase. Others believe that taking a dollar bill, fold it around the leaves, fold it again to make a small packet, tie it up with green thread, and bury the packet in the middle of a crossroads on the night of the Full Moon will do the same thing more quickly.  Well, sure – why not.  It's a funny old world, you know.

Medicinally it has been used in ointments for fighting infection in scrapes and cuts, to help with coughs and in a mouthwash for mouth sores and throat infections. It was particularly helpful as a remedy for upper respiratory problems like bronchitis.  Want to make your own … According to “A Modern Herbal” (1931), mix one to six ounces of thyme with a spoonful of honey.

Although this is a small leafed herb, it has a huge flavor and can be added at the beginning of the cooking process.  Use it with stews, soups, tomatoes, beans, lamb, eggs, and cheese. And if your recipe calls for a "sprig" of thyme, the leaves and stem should be used together, intact. When adding a whole sprig of thyme, the leaves will fall off during cooking and the woody stem can be removed prior to serving.  Thyme is a main ingredient in the classic French herb combinations, Boquet Garni and Herbs de Province. 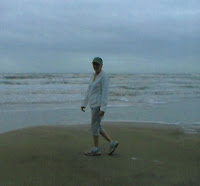