and, a happy Thanksgiving to you!


Thanksgiving is kind of a weird thing to me.  Never in my memory do I remember celebrating it, as a child, at my house with my family.  Our mother didn’t see the point of doing a big Thanksgiving dinner and then, have to repeat it a few weeks later for Christmas.

Though, why it was a problem, I cannot say since by 1960, she did very little in the way of cooking for Christmas (and certainly there is no rule about HAVE TO have Turkey, dressing, et al for Christmas).  However, things are what they were so …

She used to say that Thanksgiving was her mother’s “thing”, so I assume as very small children we went to Ma’s house, though from 1960-ish on, we didn’t go anywhere.  Sometime after 1961, our parents bought property in Galveston and built a beach house.  Thereafter, we went to the beach during the Thanksgiving holiday and had chili.

After I was grown and married, we spent Thanksgiving with in-laws and much later with friends.  The times it was just Michael and I, we went out.

Today, my sister invited me to go with them into Houston and celebrate with her daughter and family.  I offered to bring pecan pie.  Also, am bringing an English (as in England, English) dessert – Sticky Toffee Pudding – which is actually a cake. 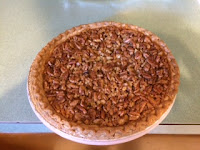 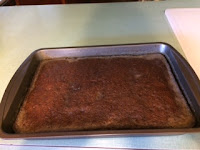 I am thankful for my sister and brother; children and grandchildren; friends that are family.