Moving and I HATE to move.

We lived in Tempe for nearly seven years.  I liked Arizona, my biggest complaint being that, having grown up on the Texas Gulf Coast, I was used to breathing the humid atmosphere we called air.  In Arizona, it was, of course, very dry (I ran 2 whole house humidifiers ALL THE TIME).  Then, several major things happened over a few months – my mother moved out of our house in Galveston, I had some health issues, and Michael decided we had been gone from Texas too long now.  And so, the dreaded word began to be bandied about – MOVE.  (You remember – I really hate to move.)  I was not in favor of the idea and for a bunch of reasons.  But, ultimately, I let everyone convince me it would be for the best.  Of course, it would mean that we both would have to quit our jobs (not a good thought. to be jobless).  So, MHN, quit his job and moved back to TX to hunt for another one.

You got that part, right?  – HE moved to Texas, leaving me to pack up everything – AGAIN!  It was a very painful time - I was going to leave friends, job, daughters, grandchildren, and my house and I hate to move.

I met with several national moving companies and ultimately settled on one that is well recognized.  We paid extra for replacement value insurance.  And, as it turned out, thank heavens we did.  Except that I had to do all the packing – by myself (did I mention that before?), I figured this move would be pretty easy.  I mean – didn’t have to house hunt.  We were moving into the house in Galveston.  Wasn’t going into a strange and alien environment.  Already knew some of the people in the neighborhood.  Had family and long-time friends close by.  Piece ‘o cake.  Not.

First of all, on the morning of the move, the moving company arrived at the AZ house with a too small truck.  It didn’t hold even half of my stuff.  So, after loading up what they could, that truck left.  A little later, a 2nd truck arrived and loaded the rest of my stuff.  I asked – are the two trucks going to get together and load everything into one so it will all be there at once????  “Oh, yes” they replied, “no problem”.  A really big fat fib.

Again, my sister flew up to Phoenix to help me with the drive back.  We left early in the morning in a Neon, a smallish car packed to the roof with two humans, cats, dog, plants, cooler, suitcases and other stuff that didn’t get put in a box. 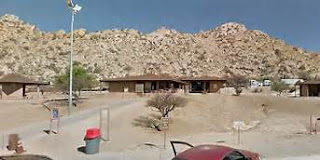 The drive to Houston is really easy, just take I-10 east all the way.  It is a long drive but it’s all interstate.  By the way, just in case you ever need to know – the best places to make potty stops in AZ are the highway rest stop places.  Easy off – easy on, clean, not crowded, a place to walk around and stretch your legs without taking your life in your hands, usually a pretty view too.

Lets see – have I introduced all the players?  There is me, Ellen, Gus (the dog), and 2 cats - Sparkle and Annie (I had made MHN take his cat, the screamer, with him).  Right off, both cats are not happy.  Their carriers have little cups that attach to the bars of the doors for food and water.  And, while I had no intention of giving them food until we stopped for the night, I thought water would be a good thing – it was hot, they were both wearing fur coats and were in a stuffy confined area.  As it turned out, this was a mistake.  Sparkle could grab the bars of the carrier door with her toes and shake it really hard.  She spilled her water right off.  Then she yelled her head off (for 12 straight hours – yells that alternated between pitiful mews and the “I’ve gone insane and will eat your fingers off if you don’t let me out of here” screams) because she was sitting in water.  There was, again, that consideration about opening car doors and leaving carriers beside the road.  However, being a parent is hard sometimes and after a while we didn’t notice the screams as much.

The drive was the easy part.  We’d usually stop at a rest station, let Gus out for a few minutes, talk sweetly to the cats (they had none of it), etc., etc.  After all, this was not a “I am at point A and will drive a zillion miles an hour with no stops to get to point B” type of trip.  It was more a “Please dear God just let us get there without any problems” trip.  Fortunately, the road gods did look out for us and we did not have any car related problems, nobody tried to run us off the road, no bad food or gas, no sick dog and only one screaming cat – all in all, a pretty OK drive. 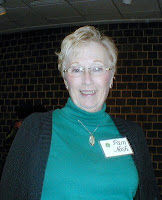