So, today, I’m back to plants.  I’ve chosen a couple of “herbs” – some you will recognize, some you may not realize are considered an herb and some you may have never heard of as an herb or anything else.  So, DID YOU KNOW … 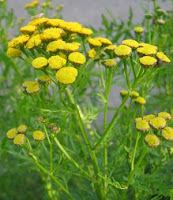 TANSY is a hardy perennial which will grow anywhere and survived the GREAT FLOOD OF 2017 just fine. It also repels ants and flies so tie a bunch near open doors or windows. This herb is a dye plant and, by using the leaves, can produce colors from a grayish green to a dark green depending on the mordants. The flowers provide a yellow dye.  It is a good companion plant for potatoes as it will help protect them from potato beetles.

Since the 8th century it has been used to treat intestinal worms, rheumatism, digestive problems, fevers, sores, and to bring out measles.  It was frequently worn in shoes to prevent malaria and other fevers.  Though it may have been best known as an embalming herb.  It has been packed in coffins, wrapped in funeral sheets and had wreaths of Tansy placed on the dead to protect them from one life to the next.

During the 1600 and 1700’s, meat was rubbed with or packed in Tansy leaves to fend off flies and delay spoilage additionally, it was used as a strewing herb for the same reason – it helped to repel insects.

You should be careful though in giving Tansy to someone, in the Victorian Language of Flowers, it is a declaration of war.

DILL is a self-seeding, bee and butterfly attracting annual.  Plant it in a sunny, well drained spot 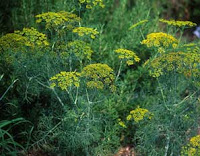 where it can stay.  It puts out a long tap root so it may not transplant well.  It also isn’t the best as a potted plant –  the long tap root thing.

It can be used fresh, dried, and frozen.  Dill attracts many beneficial insects which makes it a good companion plant for cucumbers and broccoli.

Use Dill in a tea to help with digestion, induce relaxation and sleep, help keep bones healthy, prevent excess gas, treat dysentery, and relieve arthritis pain.  Oh!  and it can calm down hiccups.

It can be used to protect against witchcraft, burned to prevent thunderstorms, and place it at the door to prevent anyone envious of you from entering.

It is by far one of my favorite cooking herbs.  It’s delicate so add it at the end of your cooking process to flavor breads, chicken, eggs, soups, vegetables, fish and, of course, to make pickles.

So, the last one is a perennial shrub with flowers ranging from white to almost black.  It has been referred to as the Queen of Flowers.  In 2012, it was the Herb of the Year.  This herb has been a culinary staple and recognized for its medicinal qualities since ancient Greek and Roman times.  Have you figured it out ---- ROSES. 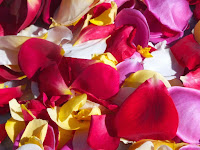 ·         Roses are found on every continent except Antarctica (gee, kinda like oxalis)
·         All roses have thorns
·         The stems, with the thorns cut off, can be used as arrow shafts
·         Flowers are used to make dyes ranging from pale pink to deep red
·         Traditionally, red roses mean love, pink roses mean romance, white roses mean purity, and yellow roses mean friendship
·         Flower petals can be added to salads, made into tea, candied, used in cookies and cakes, jellies, puddings, as a flavor in honey, alcohol, vinegar
·         The fruit of the rose is called Rosehips which contain more vitamin C than oranges. They can be eaten raw, can be dried and made into tea, are considered a “survival” food because they will remain on the rose bush through the winter
·         Some cultures associate Roses with silence – so, roses adorning a ceiling is a reminder to never repeat anything spoken beneath (sub rosa)
·         Petals soaked in water can be used to bathe sore eyes
·         Ground petals were made into salves for sores and eczema
·         Rose tea was taken for heartburn, coughs, fevers, and colds
·         Rose hip and petal tea was used externally for infection and inflammations, internally as a sedative for headaches and for upset stomachs

And, here you just thought they were just pretty flowers! 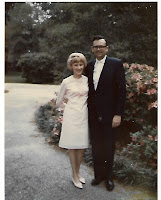