I think we all learn many lessons the hard way.  During the time we lived in Galveston, I looked around at different part-time jobs.  Ultimately, I signed up with a temp agency – could work if I wanted to, not if I didn’t.  However, once I tried my hand at the house painting profession.

My friend Eddie bid out a job and asked me if I wanted to help him.  Sure, sez I, how hard can it be. (famous last words)  I’ve painted inside rooms of every house I’ve owned and once all the trim on the outside. 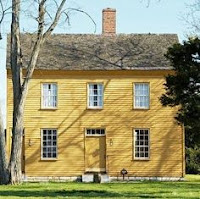 The house to be painted was wood, two-stories, and built in the 1920’s. Like most houses in Galveston, it had shutters - storm and decorative.  It was a “salt box” construction, which means there is no front porch, just straight up walls.  And, it was a real mess – paint peeling everywhere, rotten wood, decorative shutters along with metal storm shutters that were peeling, plants growing all over the house, etc.  Well, the job included everything – scraping, replacing wood, painting everything including both shutters.  So, right off there were just a few problems, like 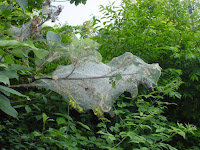 4.         The yard was infested with web worms and ticks.  Now, I can deal with a number of bugs (the web worms are nasty but no biggie) BUT ticks are a whole other thing.  I wore bug repellent, heavy socks and still picked ticks off (fortunately none of them embedded or I’d have quit on the spot).
5.         Eddie didn't have any scaffolding and his tallest ladder just barely reached up to the shutters on the 2nd floor.
6.         He was planning to “hand wash and bleach” the house.  Wrong, says I.  What about a power washer.  Oh – he could borrow one of those.
7.         How, says I, are you going to paint the storm shutters on the 2nd floor.  Oh, he replied, we’ll

just take them off and paint them on the ground.  OK, how, when your ladder barely reaches the shutters, do you plan to get them off.  Oh, I’ll jiggle them off their hooks and hand them down to you.  Riiiiiiggggghhhhht.

If you ever plan on doing this, keep in mind that sitting on the cement when the air temp is 90+ degrees painting metal shutters makes the reflected heat about a bazillion degrees.  Plus you want to use a paint sprayer.

At the end of that day, I admitted that this job was beyond my ability.  BUT, I couldn’t just quit and leave Eddie in the lurch.  He took the job knowing he would need help and I did agree to do it.  Well, the fortunes smiled down on me and sent me a young, unemployed male nephew.  My sister’s son was just out of the army and had no job.  I offered him free room and board if he wanted the job.  He agreed and it all ended well. Eddie got a young, strong helper. Aaron got a job.  I learned I do not want to be a house painter. 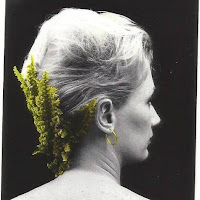