Mouse in the house

So, I think I can blame this fear of rats on a book I read many long years ago.  I was sitting in a dark house with just one light on and reading a scary book (never a good thing for me to do).  In this book, the wickedly bad guy summoned these rat-like creatures with glowing red eyes out of a hole in the ground to do evil.  About that time, our cat Shoe, brought in something, yowled to let me know he, the big hunter, had brought in a treasure.  I went in and found a dead rat.  And, my imagination turned it right into one of the creatures from the book.  I put a bucket over the body and a brick on top of the bucket and left it for MHN to deal with.  Since then – evil creatures with glowing red eyes …….

2002 -- Last night we rented the movie "Dragonfly", which, by the way, is pretty good.  I'm not a big Kevin Costner fan but he did a good job in this movie.

Anyway, toward the end of the movie, Annie cat came running into the house (you know, that slouchy run that says I'VE GOT SOMETHING).  I actually didn't even notice her until Michael mentioned that Annie had something in her mouth.  So, while keeping one eye on the TV, I started walking into the kitchen, assuming she had caught a bird and had brought it in for dinner.  Birds I can deal with - whack the cat, pick up the bird, toss it outside, deal done. 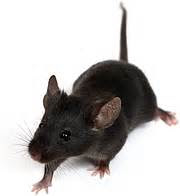 As I walked over to her, she dropped the thing and it scurried (SCURRIED) around the floor while she swatted at it.  It got all my attention and I let out a serious shriek and hopped up on the kitchen counter top.  A rat! (well, maybe a mouse, which is just as bad).  She caught a mouse and brought it alive into to the house.  Then, she turned it loose!!

Michael grumpily turned off the TV as I was shrieking "A MOUSE, A MOUSE, SHE BROUGHT IN A MOUSE.  A LIVE MOUSE.  COME IN HERE RIGHT NOW!!".  So, he finally walked in, looked and commented that she had, in fact, caught a mouse.  (At this time, Annie had recaught it and was holding it tight.)  So, he grabs a towel to get the mouse away from Annie (myself, I'd have opted for a bat or a club or the bb gun or something more lethal).  Michael and Annie grappled with the mouse for a moment or two and then, it got away from both of them.  Somehow it managed to slip into a cabinet.  Michael opened the cabinet did didn't see the mouse (heaven knows where it went and how – I am convinced that certain types of critters are able to collapse their bones/shells and ooze through walls).  He then rather nonchalantly, strolled back to the TV, leaving me still sitting on the counter.

Wait just a minute, says I - what about the mouse.  Well, Michael decided, it was gone – gone where?? - just gone.  About then I was trying to decide if I was going to take the spare key and sleep over at the neighbor's house!  Michael set a mouse trap and said not to worry, after all we have three cats!  Right and one of them BROUGHT THE DAMN MOUSE INTO THE HOUSE!

I went back into the living room, resettled in my chair and then Michael told me that he had noticed Annie when she first came into the room and that she had dropped whatever she had been carrying right behind my chair.  You know, there are things you just never want to or need to know.

I fired Annie from mouse patrol duty.  I have been very cautious about opening any cabinet or closet. 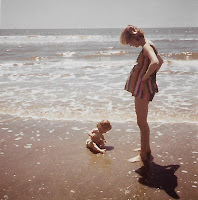