Stuff going on here, there, and everywhere


Just a reminder, this week through Nov 2 is Early Voting.  So, if you don’t want to rearrange your schedule on Tuesday, Nov 6, get out and vote now instead. 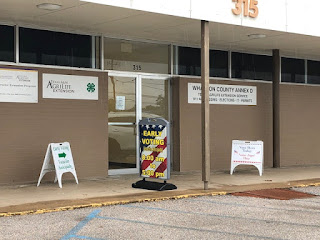 Ok, here’s an unpleasant fact – “The United States ranks 120th of the 169 countries for which data exists on voter turnout, falling between the Dominican Republic and Benin, according to a January 2012 study from the Institute for Democracy and Electoral Assistance.”  Sad.

According to another article I read, only about 60 percent of eligible voters will likely cast ballots.  Sad again. 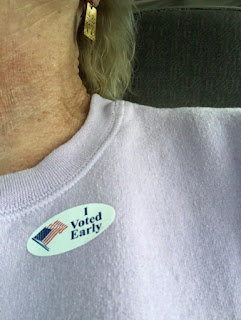 Reasons for not voting are many and, in my opinion, invalid.  Some years ago, I knew a 60-ish year old woman who said she had never voted – never once.  Why?  She said she didn’t want to get called for jury duty and voting is a sure-fire way to have to go for jury duty.  Really?

My sister and I went to an estate sale in the backend of nowhere recently.  It was a very nice place and an interesting sale but honestly, you’d have to drive forever just to get milk, bread, and gas!  These were the next door neighbors. 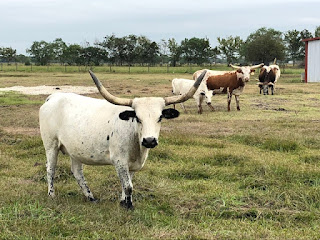 My Loquat Tree is blooming!  Yea!  First time ever. 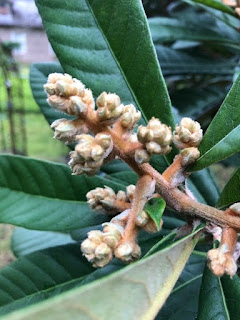 Loquats are an evergreen tree, grown primarily as an ornamental.  They are unusual among fruit trees in that the flowers appear in the autumn or early winter, and the fruits are ripe at any time from early spring to early summer.  Originally from China, they have naturalized in the Middle East, South Africa, the Mediterranean, New Zealand and the warmer parts of the US (like Texas!).  The fruit flavor is a mixture of peach, citrus and mild mango.  Use the fruit in jam, jelly, chutney, pies and tarts. 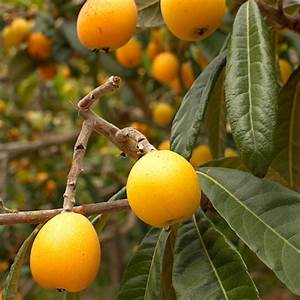 Saw this in the parking lot at Walmart the other day.  It made me smile. 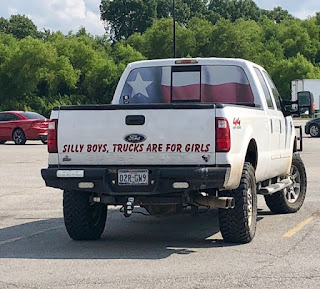 I finally got my backyard flowerbeds all cleaned out!  Double YEA!  At least it looks like a gardener lives at my house.  Four more hours of work for this bed and 6 others just as big (so it feels when I’m crawling around on hands and knees pulling and digging out weeds). 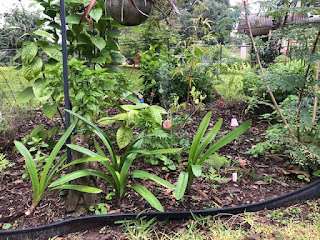 I just have to wonder about people sometimes.  Generally, I like yard art – all kinds.  I have all kinds of yard art.  But this one is just a little strange.  It hangs on the front of a house in my daughter’s neighborhood. 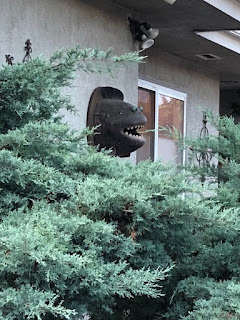 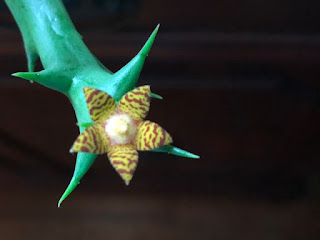 This is the flower of a Orbea schweinfurthii.  And, it’s smaller than the tip of my littlest finger!