get to the movies and seldom think to rent them.  First of all, I live in Wharton – no movie theatre.  In order to go, I’d have to drive 20-odd minutes to El Campo or 30 minutes to Rosenberg.  Yeah, yeah – not that much travel time but also, I don’t enjoy going alone.  Anyway, recently I’ve seen a couple and thought I’d share my personal review.

It
OK, It is a novel by Steven King.  I suspect everyone knows the story now.  Opening in the late 1950’s, seven children form a strong bond and friendship in order to defeat an Evil living under their hometown of Derry.  It appears that every 27 years, a predatory shapeshifter which has the ability to transform itself into its prey's worst fears, awakens, steals and kills children.  During this same time, the adults of Derry become blind to the bullying and cruelty inflicted on the “Lucky Seven” by another teen and his gang.  When the brother of one of the seven is killed, the seven, using “silver bullets” manage to overcome the more visible evil shape, Pennywise the Clown.  They make a pack to come back to Derry if It ever show’s up again.  Which, of course, happens 27 years later.  Ultimately, the adult friends manage to actually kill the evil creature and the world is safe again.  I enjoyed the book. 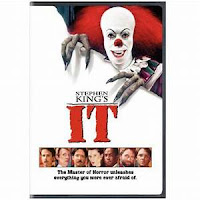 So, a TV mini-series came out in 1990 - it was pretty good and consistent with the book.  This version is suspenseful but not horrific.  Then, in 2017, a new version hit the screens – actually, only the first half came out (the half with the children battling Pennywise).  The second half is supposed to be out sometime in 2019.  And, this comment (as long as it is) is about the 2017 first part of It.

It is horrific.  Unfortunately, if you are a Steven King fan, the movie just skirts the storyline of the book.  It’s more about the special effects – which are the “close your eyes and don’t look now” type.  It was entertaining although a bit long for all the awful sights.  I’m expecting the second half to be even worse with more blood, guts, ripped off arms, monstrous creatures, etc.

Dumplin
This is oh so good.  And, I have to admit, not one that had caught my eye while browsing Netflix at any point.  My daughter had seen it and insisted it was great and I’d really enjoy it.  And, she was right on both counts.  This is one of the American coming-of-age feel good comedies.  It is based on the novel by Julie Murphy. 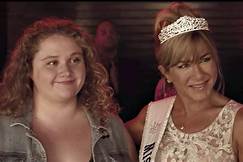 Willowdean Dickson (Dumplin') is the plus-size, teenage daughter of former beauty queen, Rosie.  Will is comfortable enough in her skin; it’s the complacent, conservative ideas of her small town surroundings that she’d like to change.  So, as a protest, she signs up for her mom's pageant.  And that protest escalates when other contestants follow her footsteps, revolutionizing the pageant and their small Texas town.

The Christmas movie we watched this year was

Home Alone
It’s been around for a good long time and, like many Christmas movies, remains funny and entertaining.  As it happens, I always forget just how funny this show is – lots of 3-Stooges slapstick.

Wild child, eight-year-old Kevin is accidentally left behind when his family takes off for a vacation in France over the holiday season.  Once he realizes they've left him home alone, he learns to fend for himself and, eventually has to protect his house against two bumbling burglars who are planning to rob every house in his suburban Chicago neighborhood.

Well, actually, Abby, Charlotte, and I watched another Christmas “movie”. 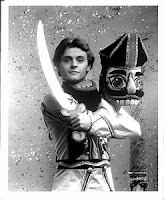 The Nutcracker
. . . . is a two-act ballet, originally choreographed by Marius Petipa and Lev Ivanov with a score by   This particular presentation starred Mikail Baryshnikov.  Good, good, good, excellent, amazing, good, good, good!
Pyotr Ilyich Tchaikovsky (Op. 71). The libretto is adapted from E. T. A. Hoffmann's story "The Nutcracker and the Mouse King" (wow – maybe more than you wanted to know).

And, finally (at least for this posting) we went to the movie theatre and saw

Mary Poppins Returns
Oh, so good.  I have to admit, I was a bit concerned – the new cast had big shoes to fill from the original.  But, fill them they did.  The music was good.  The dancing was great.  And, there were cameo appearances by Dick Van Dyke and Angela Lansbury.

In Depression-era London, a now-grown Jane and Michael Banks (the children from the original Mary Poppins), along with Michael's three children, are visited by the mysterious Mary Poppins.  Michael has recently lost his wife and is in danger of losing the family home. Through her unique magical skills, and with the aid of her friend Jack, Mary Poppins helps the family rediscover the joy and wonder missing in their lives.

Merry Happy to all Y’all!