Castle in the Woods


So, the other day a friend mentioned he’d heard about a castle in Bellville or Brenham.  Had I heard of such a thing?  Nope.  So we googled and Surprise! there is a castle in the Bellville area.  Immediately an adventuring day was planned.

Bellville is a small town about 50 miles north of here on Hwy 36.  And, Did You Know? it was named for Thomas B. Bell, one of Stephen F. Austin's Old Three Hundred.  Interesting.

We left early Wednesday morning and arrived in Bellville at the appointed time. 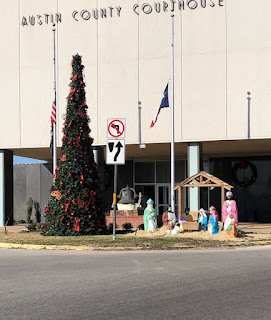 You have to check in at Newman’s Bakery to get directions to the castle itself.  I loooove Newmans – it smells so goooood in there.  Like, you can gain 5 pounds walking in the door, good 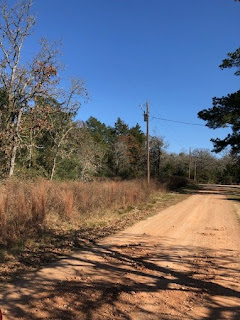 We rounded a curve 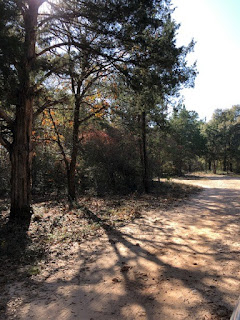 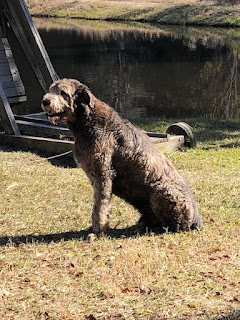 Duke, an Irish Wolfhound.  He’s a really big dog (like 150 lbs and stands chin high on me), very friendly and glad to see you.  I do have to say though, it was a bit alarming to see a giant dog bounding toward me as I got out of the car.

Walking around the corner we saw our first glimpse of Newman’s Castle. 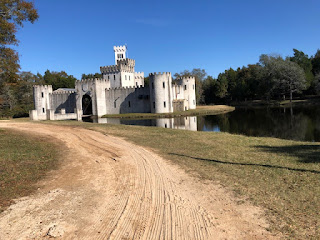 Newman’s Castle was built, starting in 1998, by Mike Newman (yes, owner of the bakery) and one or two helpers.  And, 8 years later, he moved in.  Yep – the man lives in a castle in the Texas hill country woods. 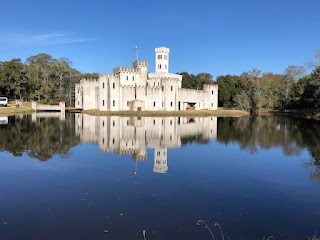 The castle features a moat, a working drawbridge, a portcullis, a chapel, five round corner turrets, a courtyard, a dungeon, a bell tower, and a central keep. There is a perimeter wall that encompasses the castle, ensuring visitors are kept safe from marauders during the visit. 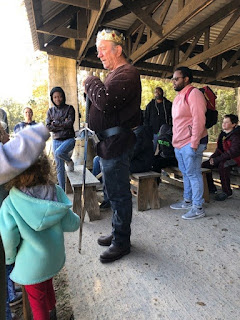 King Newman advising all the youngest visitors of the rules and then knighting each of them (yes, the girls too) and commanding each to (1) find all the castle dragons and (2) save any ladies in distress. 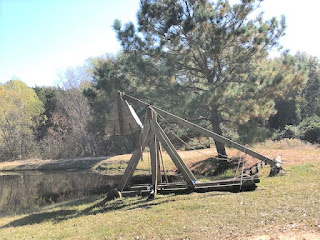 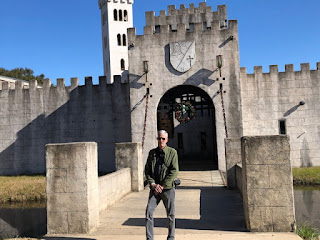 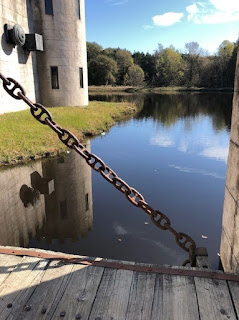 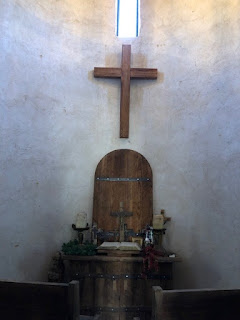 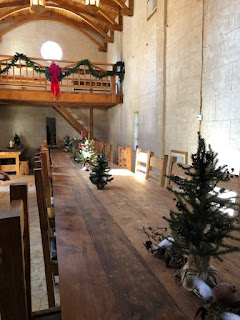 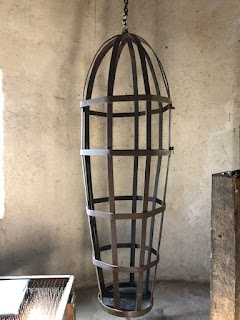 Crow Cage hanging in the Dungeon.
If you look at the left corner, you’ll see part
of the bed of nails. 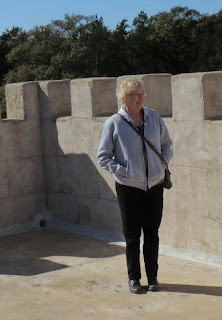 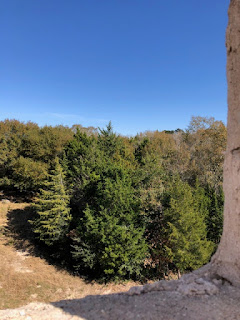 Peering through the Crenels while
standing on the Battlements

Visitors are allowed to go everywhere including the King’s private quarters (hmmm – that was a little uncomfortable).  The place is full of secret tiny spiral staircases that go up to rooms or lofts.  You can climb up ladders to the top of the bell tower if you’re so inclined.  A large number of the rooms are unfinished and are referred to as “guest” rooms.  So I assume work is ongoing.  Personally though, I don’t think I’d like to stay in a room with only a skinny Arrow Slit Window. 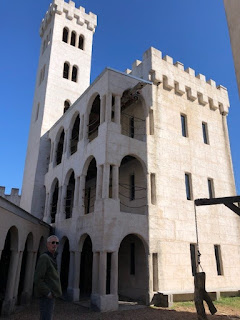 And, what do you think you find on the bakers Christmas tree? 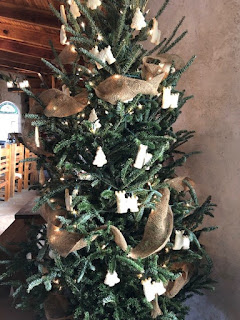 If you want to come and see – call Newman’s Bakery in Bellville to make a reservation.  They can give you all the pertinent information.  It’s a fun day trip and Bellville itself has some very cute antique and gift shops to visit. 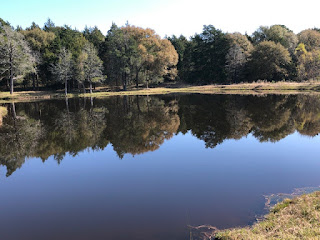