Near the sea, we forget to count the days 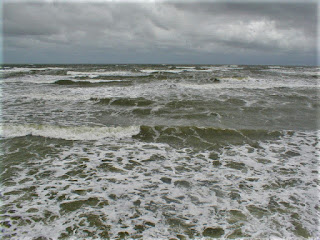 Yes – that’s true.  I’ve mentioned that, for a while, we lived in Galveston.  We had a house on the west-end and on a bayside canal.  And, I miss it still every day.  Now, I live close to a river.  Not the same.  No briny air.  No pounding surf.  No calling seagulls.  And, no interesting things to see.  Rivers, creeks, lakes – all those things – are pretty enough but they are boring 99.6% of the time.

When I lived there, I walked down to the beach every day.  It was a calming, soul relaxing exercise.  And, I never knew exactly what I might find.  One day, there were oranges.  Oranges as far as I could see, washed up on the beach.  Really weird.  I read later that several crates of oranges had washed off a ship and come ashore.  The ickiest was the swarm (cell, pipe, or an array - odd since, they are a form of fish, but they are never considered a school – useless info file) of eels.  Evidently they had been caught in a strong tide and washed ashore.  They weren’t all dead and some were wiggling around the beach.  However, after walking a few steps, hopping over eels, I decided to come again another day.  In the spring the Portuguese Man-of-War washed ashore – must avoid those, even on land they still sting.  Land crabs raced all over the beach along with the Sanderlings.  Nice.

I love weather at the seaside although sometimes the wind got to be pushy at best and screamingly annoying at worst.  Still, fog, rain, sunshine – it was all good. 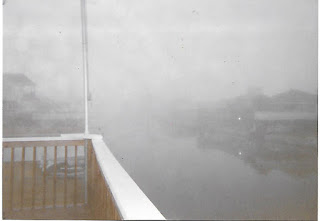 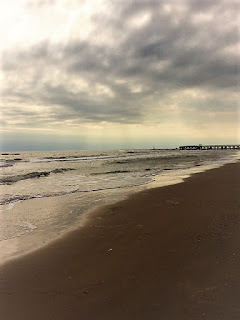 Although this option wasn’t so pleasant.  Aftermath of Hurricane Alicia in 1983 – 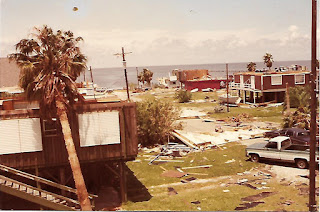 Pelicans have made a big comeback.  The fishermen on our canal hated it when they came swimming or flying by as it sent the fish hurrying the opposite direction. 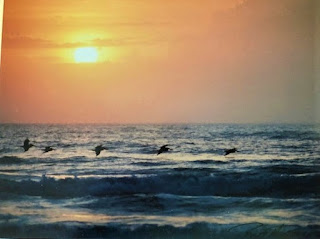 At the beach there is always something to see, like 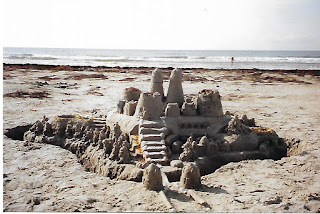 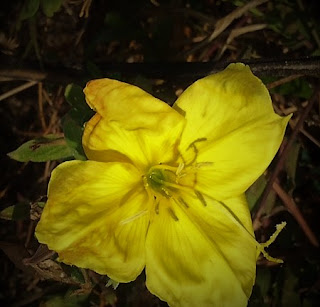 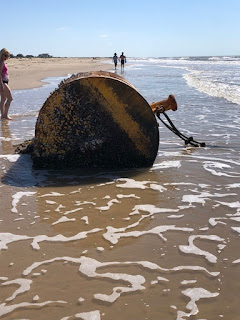 I’m not sure what this is but
It’s all metal and had the
Number 53 on it. 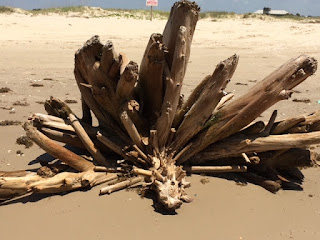 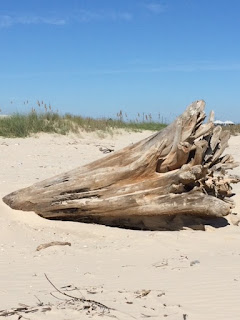 I always think I need to
take something like this home
but I haven’t figured out how yet. 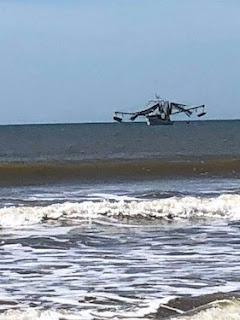 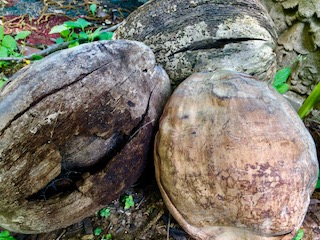 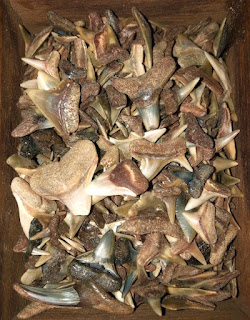 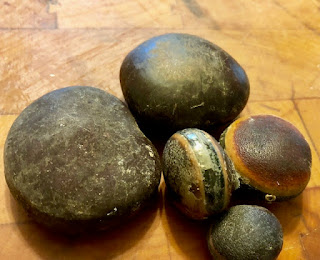 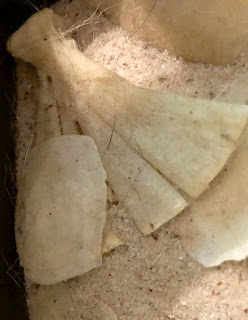 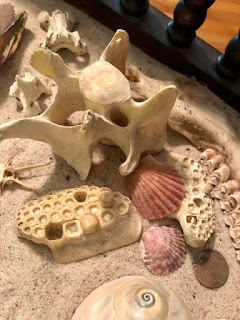 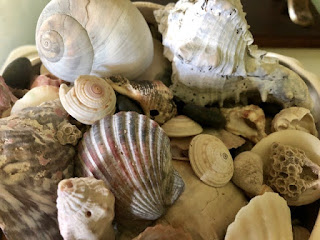 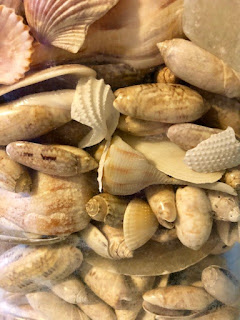 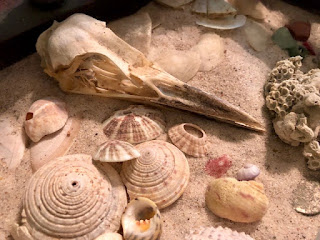 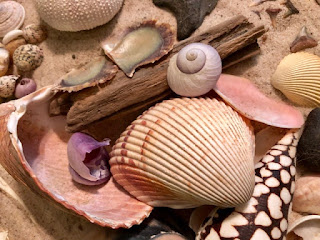 From long ago to now, I still cannot go to the beach without bringing something back.  I do miss it! 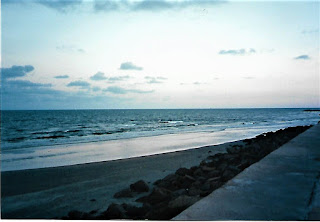