One of the hardiest and beautiful native flowering vines here in Texas is Passiflora incarnata – Passion Flower Vine.  Not long after moving to Wharton, I noticed a vine covered with beautiful flowers growing up a large tree in a friend’s yard.  “Can I have a piece of that?”.  Sure, and she promptly walked over to several small plants coming up in the grass, wiggled them out and handed them to me.  They will come up everywhere, she said.  Okay – I can deal (oh the naivete of it). 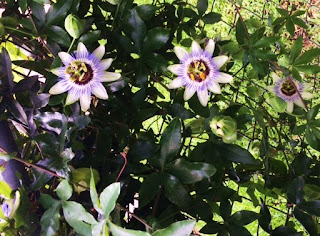 I learned much later just what that “they will come up everywhere” comment meant.  It meant these are highly invasive, grow as much as 20 feet in a year, and will drive you screaming down the street crazy.  However, at the time I got them, I was thrilled.

This Texas native, which is also called “May-pops”, produces exotic flowers, usually purple, blue or white and small edible fruits which will produce a loud pop if stepped on.  It grows from seed or rhizome.  And, for heavens sake, plant it where you want it because it’s likely to be there forever. 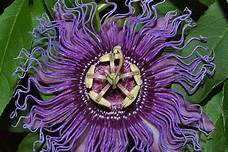 When I moved into my current house, I brought a small vine with me.  Within months it had covered the fence, tried several times to jump into a small tree nearby and was duking it out with the coral vine.  And, ohmigod, it came up in the grass EVERYWHERE.  Mind you, not one or two, but dozens!  It’s major saving grace is the beautiful flower and the fact that entire plant is edible.

Passion flowers does best in full sun (in our summer, partial sun works well also) and well-drained soil.  It produces an exotic looking flowers that remain open for one day.  Mine is one of the white flowering vines.

You can grow them in a container – specially if you live in a chilly climate (that way you can bring them in for the winter).  Surprisingly, they do well in a pot.  Just give them something to climb on. 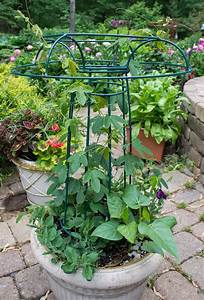 The biggest insect threat comes from several butterflies, for which passionflower is the sole larval host. Among these butterflies are the Zebra, the Julia, and the Gulf Fritillary. 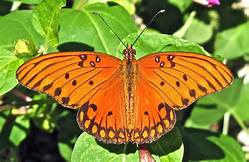 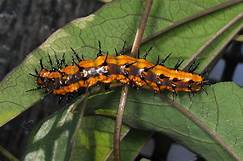 The Maypop fruit stays green to pale yellow.  To eat the fruit, just slice it open and scoop out the pulp covered seeds. They’re similar to pomegranate seeds but more gelatinous. Eat them like you would a pomegranate. 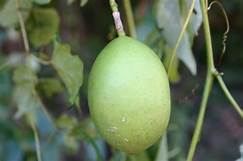 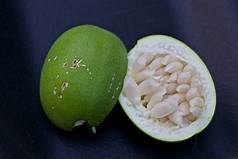 How to use it?  It has long been used, as a tea, for hysteria, asthma, symptoms of menopause, nervousness and excitability, palpitations, irregular heartbeat, high blood pressure, and pain relief.  Use the dried leaves, stems and flowers - blend with chamomile, lemon balm, mint or any other relaxing herbs.  Yes, you can drink it by its self, it has a mild unusual flavor – not bad – just unusual.

A few years ago, I finally decided ENOUGH! and cut down, dug up and pull out all the vines; then poured weed killer along the fence.  Fighting them in the grass and trying to keep them well behaved along the fence just got to be too much.  I noticed last month, they had made a reappearance and were once again trundling up the fence and one was trying to climb up the house.  Sigh. 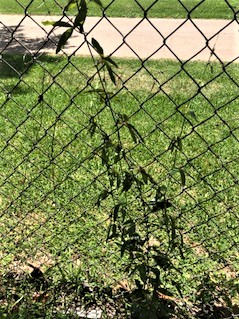 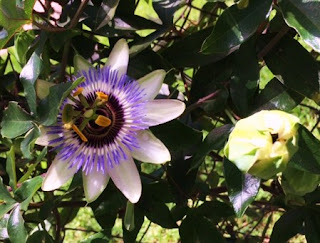