First of all – I hope all the Mommies out there had a very happy Mother’s Day yesterday.  I did.

I went into Katy and spent the afternoon with my youngest daughter and grandson.  We went out to lunch at Pho 3D and then we went over to the 99 Ranch Market.

I had heard Shannon talk about the market several times and was curious.  Such an interesting place!  Full of different and unusual things!  I think we spent a couple of hours there just looking at food.  The 99 Ranch Market is 99.9% oriental food.  The remaining 1/10% is a short isle of English, American, and Hispanic choices.

First of all, these are only a few of the items that caught my attention but I didn't want to go on and on and on for a really long time.  Some the items I saw,  I have no idea what they are but, I like the packaging.  And, I did like many of the Sake bottles. 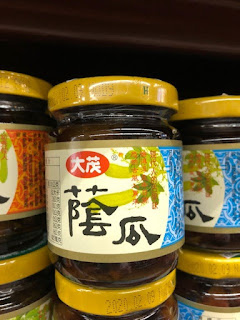 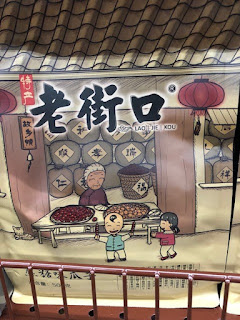 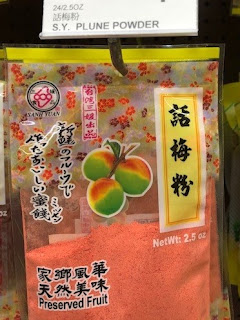 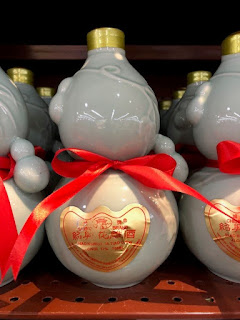 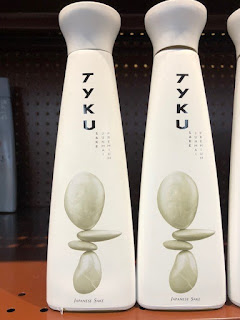 I really liked the various mushrooms (of which there were many different types).  They're very cute! 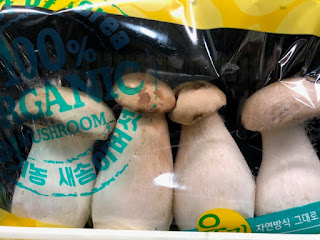 Tofu, or bean curd, is a food cultivated by coagulating soy milk and then pressing the resulting curds into soft white blocks.  Of course, I’ve seen tofu before, however I’d never seen it in liquid form and you seem to have a choice – white or green.  I like the green one, it's pretty. 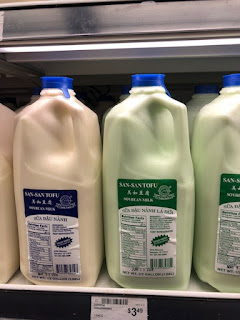 Red Salted Eggs are duck eggs that are soaked in brine, packed in damp, salted charcoal or covered with a thick layer of salted charcoal paste.  They wind up with a briny aroma, a gelatin-like egg white and a firm-textured, round yolk that is bright orange-red in color. They are boiled or steamed before eaten.  They have a red coating to distinguish them from normal duck eggs. 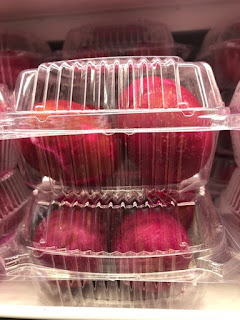 Jackfruit a sweet mild flavor fruit used to make a variety of dishes, including custards, cakes, or mixed with shaved ice.  And, by the way, this is the largest fruit that grown on a tree. 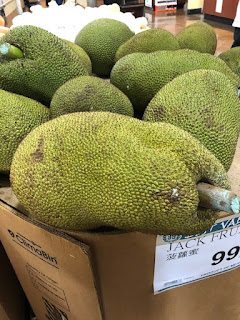 Nagaimo is a nutrient-rich tuber than can be cooked like a potato. Its texture is crunchy and somewhat sticky. 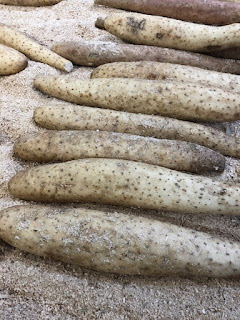 Taro is also like a potato but, has a nuttier, richer, and more complex taste overall. Compared to a white potato, it has three times the amount of fiber, and is also a rich source of potassium, iron, vitamin C, and vitamin A. 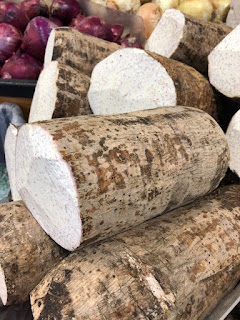 I did like the name of this - Forbidden Rice.  It’s one type of black rice, which turns to a deep purple when it is cooked. Sounds good but I couldn’t find out why it’s “forbidden”. 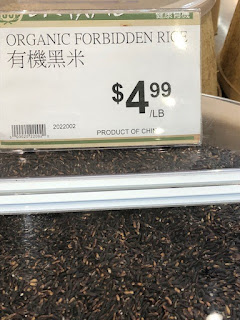 Durian is a sweet and buttery fruit with very little juice. Durian can be eaten fresh or used to make various types of desserts.  It’s actually known for its very strong, somewhat unpleasant smell, so much so, it is banned from most public places in Southeast Asia, including hospitals and trains. 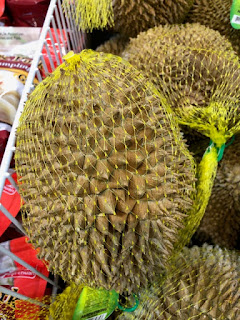 Now, I’ve always been told everything that grows and lives in the ocean is edible if prepared correctly.  And, I’ve had crab, shrimp, clams, mussels, scallops, all kinds of fish, squid, octopus, conch, lobster, oysters, seaweed.  However, I have to say I’ve never had jellyfish.  (Shannon is holding a package of instant jellyfish.)  Or cooked squid balls (and actually, that’s squid meat rolled into balls – don’t be naughty).  Or squid tentacles, black sea cucumber or bbq eel.  You can get all that at the market along with fish heads (just the head).  Still, I am pretty adventurous but I might be better off trying something prior to know what it actually is. 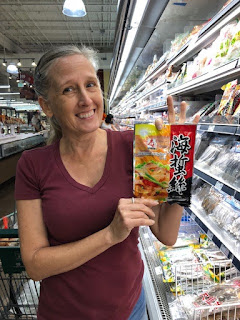 Then, there were chicken feet (yes, I’ve seen those before but these were really big chicken feet – like as big as my hand big), boneless duck feet, and pig uterus.  Maybe not. 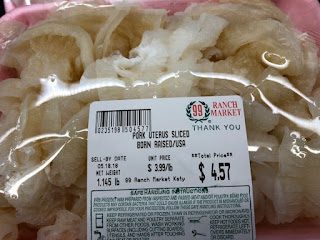 Ice Cream – I have a hard time with taro (which I’ve had before as a vegetable) or avocado as ice cream.  I’m thinking Bluebell doesn’t make those kinds. 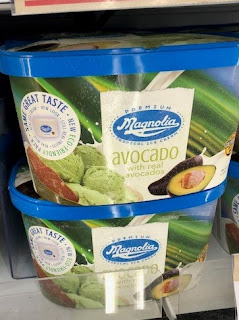 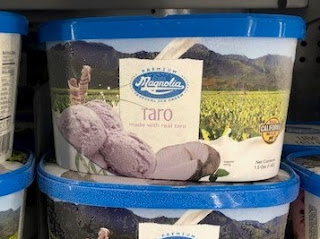 Grass jelly is a brown-black jelly made from a mint-like herb, Mesona Chinensis. Grass jelly is also known as chin chow or divine grass. It is a popular dessert in East Asia, normally eaten in jelly form or drunk as a beverage. 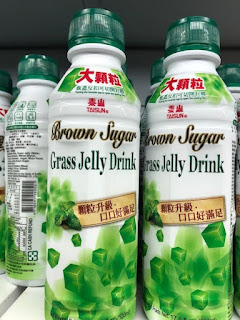 And then there was the bakery.  Such pretty cakes, torts, sweet pastries.  I was bad – bought four different pastries (but I did share them with Shannon!!!). 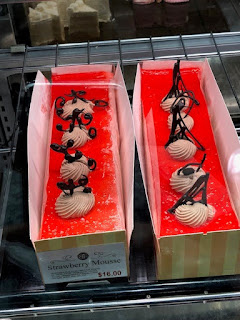 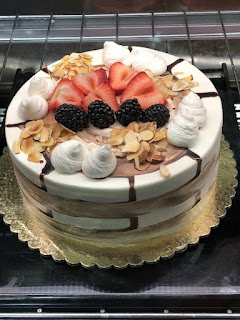 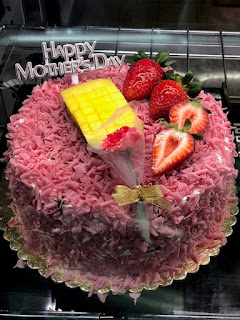