Plants and Stacks and New Things


A friend invited me over today.  Said – “I’ll take you somewhere you’ve never been”  Oookay – sounds kinda Star Trekkie.  So, I made the drive to the big town of Boling.  We walked around his yard looking at all the very cool plants 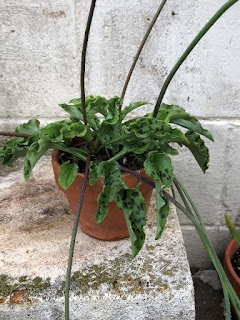 Leopard Lily – I think I need one of these. 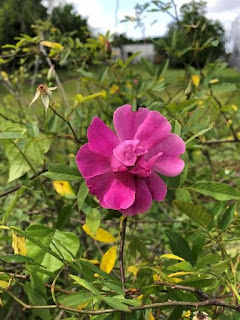 Swamp Rose – I need one of these too.

and then along the roadside looking at all the cool wildflowers. 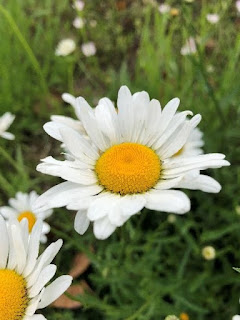 Then we headed off in the truck to see the “not seen before” sight.  We drove through the used-to-be town of Newgulf (now a community called Lasata of Newgulf).

Newgulf was a company town for TexasGulf Sulphur.  The TexasGulf Sulphur Company, founded in the early 1900’s, mined sulphur, first in Matagorda County and then at the huge Boling Dome.  I had to ask here – so, did they dig a big giant hole and work it like a coal mine?  No, they did not.  They drilled wells and basically boiled the sulphur out of the ground.  As with most things, the sulphur industry began to decline and everything started closing down in the late 1950’s, early 1960’s.

The town of Newgulf was established in 1928 and, at one time, had over 1500 residents.  At its peak, it had a café, two dry-goods stores, two grocery stores, two pharmacies, a barbershop, a tailor and cleaning shop, a movie theater, three garages, a hospital, a library, a school, a post office, a clubhouse with a nine-hole golf course, four churches, a Scout clubhouse, and a guest lodge with two guest houses.  As the company business declined, so did Newgulf.  Today there is not much left of this little community except the two huge smokestacks from the mine. 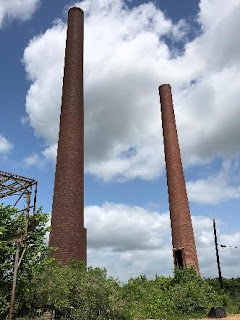 And that was our destination. 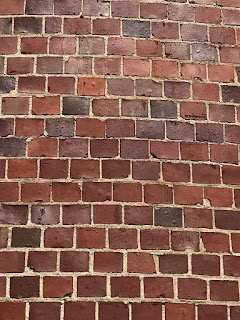 So, these two smokstacks are built completely of brick.  Now, that was amazing all by itself.  Then, Bobby said – “Follow me” and crawled on hands and knees into a little opening on the side of one stack.  Uhhhhh – I’m just a bit claustrophobic (A LOT).  But, I followed and the short hallway opened into a large round area.  Very COOL! 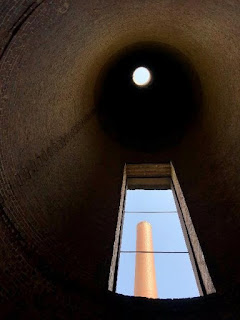 Looking up to the top of the stack 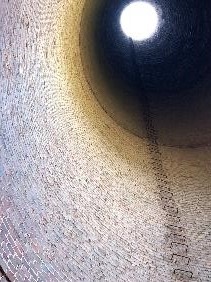 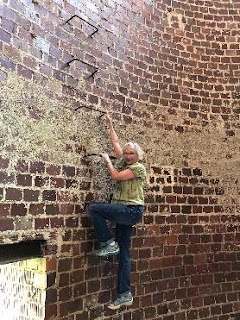 Hey – I know this looks easy
but the first rung was about 4ft
off the ground and each one was
a big giant step apart!

Just joking – get down from there!!!

We wandered through some of the deserted buildings which are still full of rusting equipment and other strange stuff.

What a fun day! 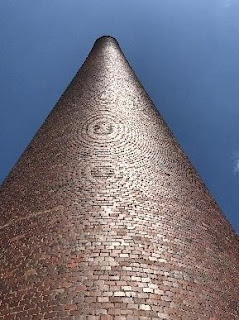 This was taken looking up to the top.  Thank goodness
I do Yoga as it took “Standing Backbend” to take!