I spent Monday and Tuesday in the 10th, 11th and 12th centuries.  Kings, Dukes, Earls all wanted the same thing – more.  More wealth, more land, more power, just more.  Men and women participated in treachery, lies, cruelty and general badness.  One many time great grandmother was so wicked that as she dressed for the day, four knights stole into her castle and whacked off her head.  I’ve about decided people haven’t changed too much.  I’m pretty sure it’s the same today.  Politicians, the ultra-wealthy all want the same thing – more.  Sigh. 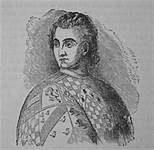 Anyway, I’m getting side-tracked here.  So, as I was researching ancestors in years 800 to 1100, I kept finding land references I didn’t recognize.  Like – “Seigneur Roger 'De Montgomery II, Earl of Chichester, 1st Earl Arundel and Shrewsbury, ''Count de Hiemois was given, by King William (the Conqueror) the Rape of Arundel at the end of 1067.”  OK, no idea what that meant.  So, I did a little side research.  And, you can tuck some of these away in to your “useless information for a cocktail party” file.

Burgage.  A plot of land rented from a lord or king.

Hide. A “hide” was the area of land that one ploughman and two oxen could cultivate in a year – between 60 and 160 medieval “old acres” or about 30 modern ones.

A March. A provincial subdivision of a kingdom, originally measured by counting the days required to march across it from one selected boundary line to another at the Roman legions’ pace of 24-miles per day.

Domain. The territory ruled by a “lord” which supported him and his vassals feudalis and generated a surplus enabling him to “subsidize” the royal government according to the king’s assessments.

Demesne. That part of a domain which was retained by a lord for his own use, rather than leased to sub-tenants.

Eyre. A geographical circuit traveled by a justiciar, an itinerant justice of the peace appointed by the king.

Honour. A feudal domain, the total of all lands granted by the king to a nobleman to hold as a fief (Anglo-Norman French “honur,”).

Hundred. A division of an English shire consisting of 100 hides (see above).

Rape. Intermediate divisions of a county; a cluster of contiguous Hundreds. A Rape was to have its own river, forest, and castle. Sussex County was divided into six Rapes.
Riding. A division of land in Yorkshire equivalent to a third of the county. Danish Vikings having occupied Yorkshire in the 9th Century, “Riding” is derived from Old Norse thriding, meaning “one-third.”

Shire. Originally a county, headed by a shire-reeve, later the county sheriff. “Reeve” is derived from “relieve,” as in to rob or plunder, a reference to the arbitrary taxes collected by force by these officers of the king.

Hope this helps you out!  You never know when you might need one of these references! 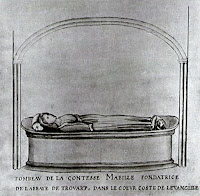