I spoke with my oldest granddaughter yesterday.  During our conversation I asked her if she had Monday off and plans for the day.  Nope, she had to work.  OH!  That can’t be right!  LABOR Day.  A day for laborers to not work.  But, of course, there are many people that work on Labor Day – law enforcement personnel, firefighters, hospital personnel, lots of retailers and a slew of others. 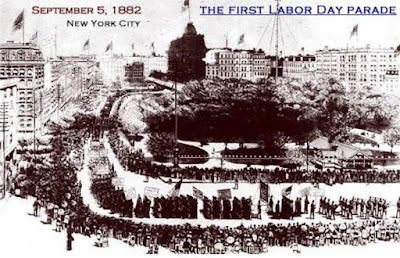 Labor Day was created on June 28, 1894, when President Grover Cleveland signed a law making the first Monday in September of each year a national holiday.  Unlike most U.S. holidays, it is a celebration without rituals (well, except for shopping and barbecuing). For most people it simply marks the last weekend of summer and the official start of the school year.  However, in the late 1800s the founders wished for something very different.  They were looking for two things actually - a means of unifying workers and a reduction in work time (from 70 to 80 hour work weeks to 60 hours).  They were also interested in creating an event that brought different types of workers together to meet each other and recognize their common interests.

My Labor Day activities have included making bread, fish stew, and baked fish (mackerel caught fresh by my daughter).  Next, I’m going to sit down and pull out my newest book and read!

And, speaking of books.  I’ve read a few like – 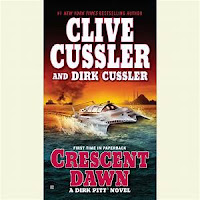 Ok, if you don’t know, Dirk Pitt is a larger than life hero and the main protagonist in a series of adventure novels by Clive Cussler.  He first came on the scene in 1976 as a US Air Force Lt Col on loan to NUMA.  This book was written in 2010 and I figure Dirk must be 60-ish by now, however book-time works and in this book, he’s 40-ish.

NUMA director Dirk Pitt and his team are about to find out what an AD 327 Roman galley, a 1916 British warship, and present-day explosions at important mosques have in common.  As Roman artifacts discovered in Turkey and Israel start to connect to the rise of a fundamentalist movement determined to restore the glory of the old Ottoman Empire, Pitt works to connect the dots.  In Washington DC, London, and the Near East, dangerous men causing desperate acts block their path, and at the end of it, the most astonishing thing of all is the rumored existence of a mysterious "Manifest," lost long ago, which if discovered again . . . just might change the history of the world as we know it.

It’s entertaining and has enough action to hold your attention without giving you nightmares.  Though it tends to be a bit predictable with handsome, well dressed, intelligent, charming Dirk ..... well, I don't want to give any hints.

Among the Wicked, A Kate Burkholder Novel by Linda Castillo

Kate Burkholder is the Chief of Police in the small rural town of Painters Mill, Ohio.  It is home to Kate in many ways including her having been born there to Amish parents and until the age of sixteen, a member of the Amish community.  However at age 16, she was terrorized and came away from that brutality with the realization that she no longer belonged.  After many years of separation and police training, she returns to act in the lead position of this town police force.

In this book, Kate is contacted by NY State Agents to assist the sheriff's department of a rural, upstate New York community with a situation that involves a reclusive Amish settlement and the death of a young girl.  The “Englisher” sheriff is unable to penetrate the wall of silence the Amish have erected and the sheriff asks Kate to travel to New York, pose as an Amish woman, and infiltrate the community.  Kate goes deep under cover. In the coming days, she unearths a world built on secrets, shocking crimes, and ultimately herself alone... trapped in a fight for her life.

So, again, this is entertaining and moves pretty quickly.  I actually like this series and have read several of the books already.  However, my biggest irritation about the protagonist, Kate Burkholder, is that she never learns from previous cases.  She goes into things with wide-eyed trust.

Happy Labor Day to all!