Last week was a busy one.

Tuesday I spent a goodly portion of the day working in the yard.  I had grand ideas (delusions??) about cleaning out the jungle on the east side, along the fence AND then, mowing the west side of the back yard.  Hahahahahahaha.  Mowing never came into the thought process once I was out there. 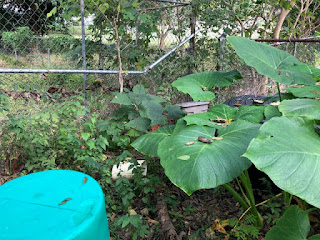 The area in question tends to fill up with wild lantana, enormous elephant ears, and a bizallion trash trees ranging from 12 inches to 5 feet tall.  I clean the area out twice a year.  Aarrgh!  It is hands and knees crawling in the dirt work followed by a dozen of trips back and forth to the dump site for yard debris.  By the time I finished, I was DONE.  Mowing?  Noooooo. So, that’s what I did Tuesday.  Then, that evening, some neighbors knocked on my door.  “Come see”.  Big puddle of water.  Yep – big puddle of water.  And, thank the gods and all their minions, the puddle had nothing to do with my side of the fence. 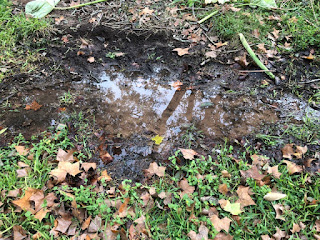 Next morning I called the city.  And about an hour later, I looked out to see a large city truck and four men.  I’m guessing the oldest was about fifty – he was the one digging a hole in the big puddle.  The man next to him was younger and giving advise on how to dig the hole.  The other two – much younger still – were standing around, staring at the hole.  So, if you ever need to know how many men it takes to dig a hole in Wharton, it’s four, one with the shovel and three to stand around.  Fix the problem?  No-no.  Dug the hole, left an orange cone and drew arrows on the street pointing to the hole.  Whatever. 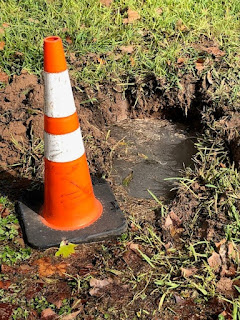 Our weather last week was typical Texas fall.  Two days of warmish, humid temps, two days of hot, humid, 2 days of cool and finally, 1 day of chilly.  Then it starts over again.  Monday and Tuesday – hot and humid.  However we were being told by those that guess about the weather, that a really truly cold front was on the way.  OK, no more procrastinating about moving plants.  You know, every year I swear – ‘I AM GOING TO GET RID OF SOME OF THESE POTTED PLANTS AND I AM NOT GOING TO ACQUIRE ANY MORE’.  And, doesn’t that sound good?  Never happens but it always sounds good. 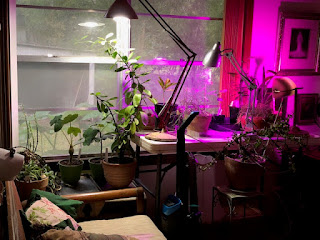 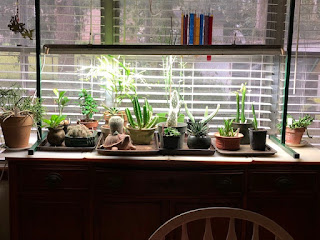 So, I had to rearrange and set up areas for wintering over everything small that couldn’t stay outside.  Well, except for the plumerias – they are perfectly happy to winter over in the garage, in the dark. 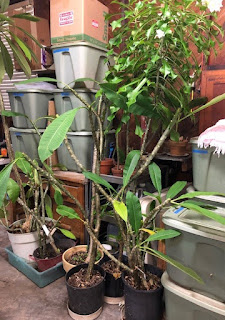 My next chore was to enclose a portion of my backyard shed.  I’ve been fortunate that in at all my houses, I’ve had a greenhouse.  (Probably the reason I have so many tropical plants in containers!)  I don’t have one in this house so I decided to make one to house all the large tropicals that want heat AND light. 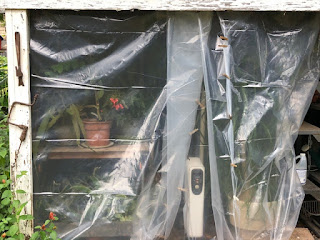 Not perfect, but should get plenty of light, keep warm, and be relatively easy to water. 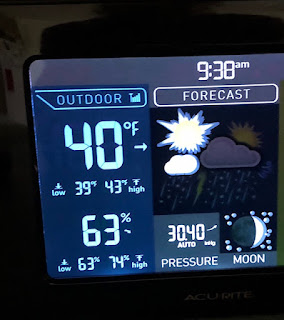 ps – I did get the yard mowed and then this happened.  I guess, since I yelled at all the pecan trees about not dropping pecans, one of them decided to drop this instead.  Aarrrggggg! 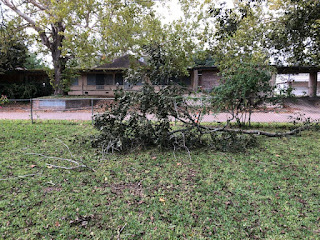