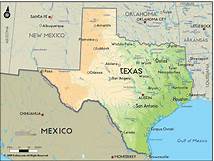 I grew up in Houston; I’m a fourth generation Texan – my children were all born in Texas.  And, I've spent more than half of my life here.  Of course, living in Houston is much like living in any big city.  Lots of people, major traffic, lots of variety, lots of things to do.  Lots of good/lots of bad.  It was a major big deal when I decided to take the out of state transfer offered by the company for whom I worked.  When we moved back to Texas (from Arizona), we decided to try smaller town living.  And, so we moved to Galveston.  Now, in the almost 10 years we’d been gone, Galveston did not sit quietly on the Gulf coast staying a middling town – no, Galveston grew into a moderate-sized city whose primary business was tourism.  That meant – while the resident population was in the 80k-100k range, at any time the tourists jumped the number of humans on the island by half again as much.  And, for a number of reasons we moved away from there, choosing a significantly smaller town.  Wharton.  Living here has been an experience for me (the city person) and in many ways.

For instance, the other day I was driving through town and looking at a pick-up truck in front of me.  I couldn’t figure out what it had in the truck bed.  Then, the parts came together for me.  It was a dead cow with all four feet sticking stiffly up in the air.  That truck turned into a neighborhood so I didn’t see what would happen then.  But, my point is – you probably don’t see too many dead cows in the back of a pick-up truck in most locations.

Here’s another – some people have big fluffy white dogs in their backyards.  OK, that’s pretty normal. 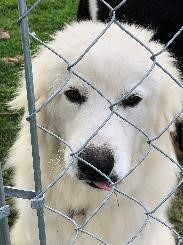 And some people have black and white goats for pets. 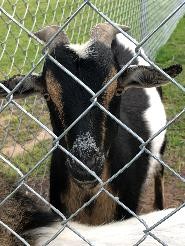 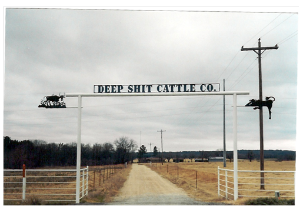 I was walking around old town Rosenberg one day and this fire truck came roaring up.  As it turned out, the fire was fairly minimal but what caught my attention was the decal on the window.  Who knew Batman worked with the fire department in Texas on his off days. 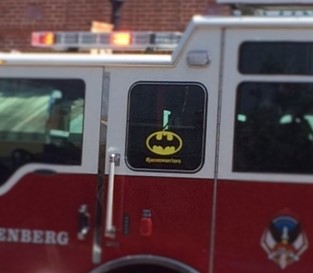 Then, one day my sister and I were semi-lost looking for an estate sale and we passed this.  Obviously, a bumper farm (and, with a bumper crop! HA!). 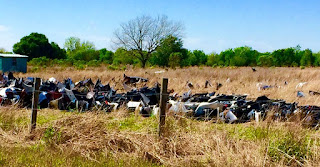 I spoke with a couple the other day and they said this guy had just shown up at their house a week ago.  He didn’t seem to be thinking about leaving (he would hang around with their chickens).  And, that he screams like a tortured soul – all night long. 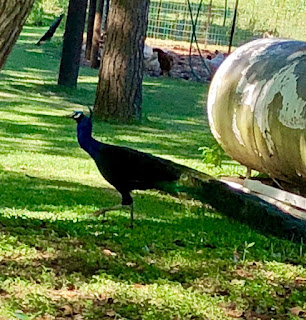 After Hurricane Ike hit Galveston several years ago, rather than completely lose the trees in their yard, many residents had sculptures done.  I really like this idea. 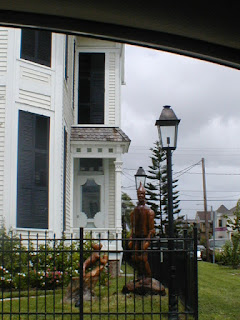 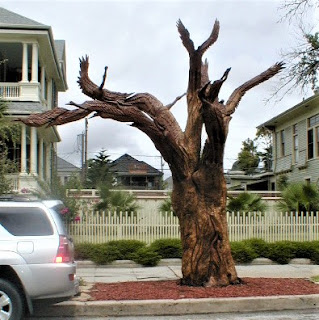 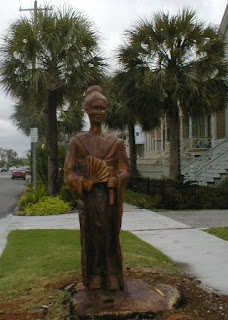 This is actually not an unusual sight – a longhorn (or cow of any sort) wandering along the road. 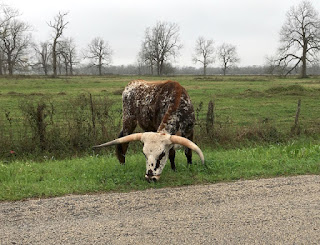 A friend of mine lives in a town even smaller than Wharton.  One day we stopped for lunch at the local “hot spot”.  I knew it was because of the sign. 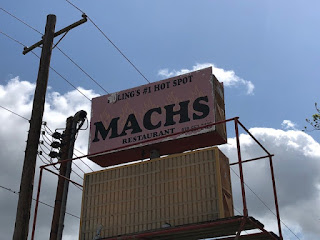 So, while we were having lunch at the #1 hot spot, several really truly cowboys came in and, by their mode of dress, ones that were herding cows.  When we left, we saw the herd on the side of the road. 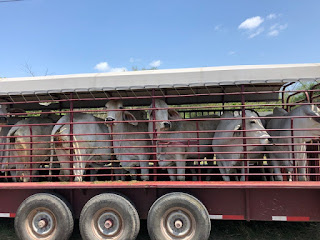 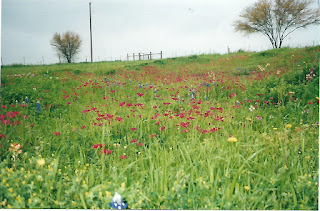