Daylight Saving Time ended this morning at 2am and thank all the gods and heaven for it!  I don’t like DST.  It makes no sense to me plus it generally leaves me cranky for a week or so, starting and ending.  This morning I had to change 12 clocks.  (Yes – I have clocks – several – some antique, some unique, some odd – I like clocks) 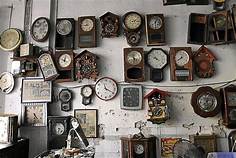 OK so, first of all DST makes no sense to me because it does not create an extra hour of daylight – it just changes the clock time the sun comes up and goes down.  Secondly, it makes me change my day-to-day schedule.  I’m a morning person.  I’m up at 6am.  I hate it when the sun isn’t up until 7:30am.  When we “fall back”, the sun is up at 6:30am but, for a week or so, I’m up at 5am.  Aarrgghh.  Cranky. 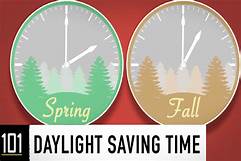 I’ve always heard that DST was started during WWI to give an extra hour of daylight for the purpose of warfare.  Hmpf! I’m pretty sure warfare doesn’t care what time it is.  So, I looked it up.

No, it wasn’t Benjamin Franklin though he did suggest to Parisians that changing their sleep schedules would save money on candles and lamp oil.  Still, it wasn’t taken seriously.

Then in 1895, George Hudson, an entomologist from New Zealand, came up with the modern concept of daylight saving time. He proposed a two-hour time shift (and how awful would that be!) so he’d have more after-work hours of sunshine to go bug hunting in the summer.  Still, nothing much happened with his idea and suggestion.

Seven years later, a British builder, William Willett, independently hit on the same idea though for a different reason. His idea to move the clock forward would give more daylight hours for work or play.  He proposed the idea to Parliament which was rejected.

Then, in 1916, two years into World War I, the German government started brainstorming ways to save energy.  They remembered Willett’s idea of moving the clock forward and thus having more daylight during working hours therefore using less energy.  And DST was implemented.  England and almost every other country that fought in World War I followed suit, including the US.  Back in the day, coal power was king, so people really did save energy by changing their clocks and thus contribute to the war effort.

Does it still save energy today?  I don’t know.  Some proponents say yes – During the eight months of DST, we get an hour more of sunshine in the evenings, people use less energy and spend more time outside (really?  after a two-hour commute and 8-hour work day plus, at least here, temperatures in the 100°’s).  Others cite studies that say there are more accidents, heart attacks and health problems in the days after DST begins or ends.  Challengers also doubt that we save any energy, or if we do it is negligible.

So, here’s a Did You Know?  Today, around 70 countries observe Daylight Saving Time.  Here in the US, 48 states do, but Hawaii, most of Arizona, and U.S. territories Puerto Rico and Guam do not.  Having lived in AZ for a number of years, I understand why most of the state does not participate – it’s hot there.  When the sun goes down, temperatures get a little more bearable and residents are more apt to go outside.  Personally, I think that’s true here in Texas also – while it may not instantly get cooler outside when the sun goes down, at least you don’t feel like you’re under the broiler any longer. 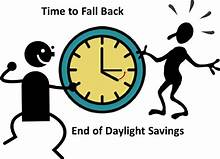 Here’s another one.  Originally DST went from the end of March to the first of September.  During World War II, President Franklin Roosevelt instituted year-round DST, calling it "War Time".  From 1945 to 1966 state governments could choose when it began and ended or drop it entirely.  Beginning in 1967, the Uniform Time Act mandated that clocks would be advanced one hour beginning at 2:00 a.m. on the last Sunday in April and turned back one hour at 2:00 a.m. on the last Sunday in October.  The start and stop times have changed several times until now – early March to early November.

Well, now we’re back to sunny mornings and afternoons and night time after 5pm.