Today is the last day of November.  Already.  Finally.  Thank goodness.  For some odd reason, the first days of November rush by until Thanksgiving.  Then, the last days creep along until the 30th.  Of course, now the days will run pell mell to the many holidays coming along. 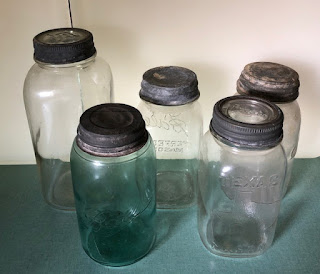 Today, November 30 is National Mason Jar Day.  It is the day to celebrate when, in 1858, John Landis Mason filed a patent for “An Improvement in Screwneck Bottles” and home canning became a safe reality.  I know – a little weird that there’s a DAY for that. 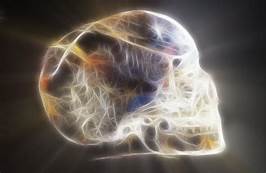 Still, not any weirder than Nov. 25, which was Crystal Skull World Day (Bringing harmony into your life).  oookay  and how many of you realize that these unique …. uhmmmm … art pieces, “generate a healing energy able to cure common ailments and fungal infections”.  Whatever works. 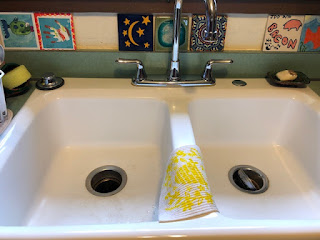 Or what about celebrating Sinkie Day, Nov.23.  Did you celebrate by standing over the sink to eat all the Thanksgiving leftovers.  Oopsie, missed that one.

The other day, I went by to see a friend of mine.  He has a smallish, rather ordinary looking, tree in his yard and under the tree were these …. 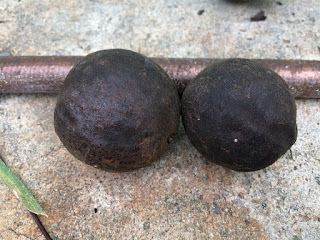 Know what they are?  Limes covered with mildew?  No.  I give up.  These are Juglans nigra, the Eastern Black Walnut.  Walnuts, like the kind you eat?  Yes. 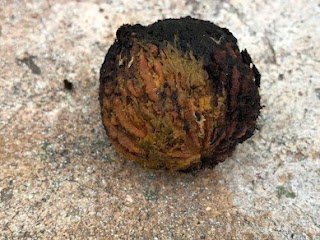 Just in case you didn’t know, Black Walnut is a native tree found mostly in east North America.  It grows from southern Ontario, west to southeast South Dakota, south to Georgia and northern Florida and southwest to central Texas.  Who knew?  It’s difficult to get the actual nut out of the husk (my friend had to take a hammer to this one).  That’s because the thick, hard shell is tightly bound by tall ridges to the thick husk. Rolling the nut underfoot on a hard surface such as a driveway is a common method; commercial huskers use a car tire rotating against a metal mesh.

Just a few Did You Know? facts --
Black walnut nutmeats provide a robust, distinctive, natural flavor and crunch as a food ingredient.  Early settlers added them to soups and stews, and ground them into meal for baking.
The nut produces a brownish-black dye which was used by early American settlers to dye hair (and other things too, I suspect).
Black walnut is highly prized for its dark-colored, straight grained, true heartwood. It is heavy, strong, and shock resistant.
Walnut wood has historically been used for gun stocks, furniture, flooring, paddles, and coffins.
These trees suffer with maggots, weevils, cankers, moths, aphids, and a host of other pests and diseases.
Black walnut is allelopathic, which means it is toxic to other plants.
This tree can grow to 100 feet tall and 50 feet wide. 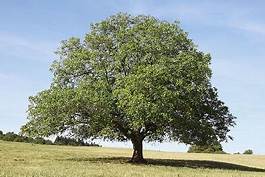 My plant books say you can grow them from seed.