And, how was your Thanksgiving? 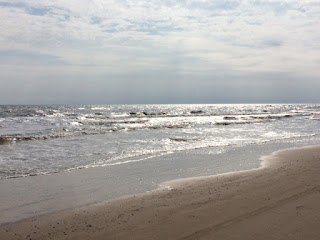 Ours turned out a little differently than planned.  The plan was – 2 grands would drive over from SA to my house; we would then proceed to Matagorda.  My youngest daughter and friend would meet us in Matagorda.  We’d have a nice several hours of walking along the beach, looking for and picking up interesting items, relaxing with the sound of waves and briny ocean air.  Stop at a local restaurant, have lunch.  Didn’t happen.  My daughter got there before the grands got here – texted me “we might want to rethink our plans – pretty darn cold here”  Plans changed; it was still a very nice day surrounded by family.

Actually, I had every intention of asking about your TG yesterday but as it happened, I worked in the yard for several hours instead.  We are currently in the “2 warm days” of a Texas winter (2 warm and humid, 1 very warm and humid, 2 cold, 2 cool and humid – start again).  By the time I came in, my brain was in “take a break, chill out, put your feet up, breathe, in with the good air, out with the bad” mode; not able to form whole sentences.

Now, while working in the yard, I encountered something I shouldn’t have.  Mosquitoes.  OK, it’s been very chilly – we’ve even had a couple of frosty mornings.  Mosquitoes should be in winter slumber not to appear until, well – never works for me - but at least not until next spring.  Nope.  Dozens and hundreds.  Arrgh!  Stupid things!  Why?? Where?  Hmmm ……. 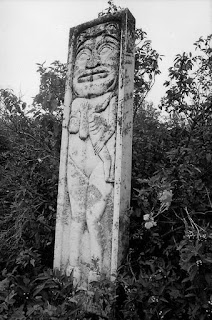 Long ago there was a giant who loved to kill humans, eat their flesh, and drink their blood. He was especially fond of human hearts. “Unless we can get rid of this giant,” people said, “none of us will be left,” and they called a council to discuss ways and means.

One man said, “I think I know how to kill the monster,” and he went to the place where the giant had last been seen. There he lay down and pretended to be dead.

Soon the giant came along. Seeing the man lying there, he said: “These humans are making it easy for me. Now I don’t even have to catch and kill them; they die right on my trail, probably from fear of me!”

The giant touched the body. “Ah, good,” he said, “this one is still warm and fresh. What a tasty meal he’ll make; I can’t wait to roast his heart.”

The giant flung the man over his shoulder, and the man let his head hang down as if he were dead. Carrying the man home, the giant dropped him in the middle of the floor right near the fireplace. Then he saw that there was no firewood and went to get some.

As soon as the monster had left, the man got up and grabbed the giant’s huge skinning knife. Just then the giant’s son came in, bending low to enter. He was still small as giants go, and the man held the big knife to his throat. “Quick, tell me, where’s your father’s heart? Tell me or I’ll slit your throat!”

The giant’s son was scared. He said: “My father’s heart is in his left heel.”

Just then the giant’s left food appeared in the entrance, and the man swiftly plunged the knife into the heel. The monster screamed and fell down dead.

Yet the giant still spoke. “Though I’m dead, though you killed me, I’m going to keep on eating you and all the other humans in the world forever!”

“That’s what you think!” said the man. “I’m about to make sure that you never eat anyone again.” He cut the giant’s body into pieces and burned each one in the fire. Then he took the ashes and threw
them into the air for the winds to scatter.

Instantly each of the particles turned into a mosquito. The cloud of ashes became a cloud of mosquitoes, and from their midst the man heard the giant’s voice laughing, saying: “Yes, I’ll eat you people until the end of time.”

And as the monster spoke, the man felt a sting, and a mosquito started sucking his blood, and then many mosquitoes stung him, and he began to scratch himself.