Letters from the Past

I used to write a NEW YEAR LETTER (my version of a Christmas letter – just not written until after the holidays were over and put away).  I came across this one the other day.   I wrote it on 12/31/11, looking back over 2011, which was a very challenging year – one where I was close, a number of times, to running …….

A year.  A year since Michael’s health deteriorated so quickly.  A year since we struggled to get him in the car for the frantic trip to the hospital.  A year since the young, compassionate and straightforward doctor told me he had been misdiagnosed and had stage four lung cancer that had spread to his spine, ribs and skull.  A year since he came home for the last time.   A year since December 12, 2010 at 6:00pm when Michael took in one last breath and died.

This year, 2011, has been a time of huge change.  The best description is this:  I was unpreparedly snatched up from the world I’ve lived in for the past 60-odd years and dropped into a parallel universe where everything and everyone looked the same, but different.  It has been a – well I can’t even think of a word that is big enough to describe this year - worrisome, extraordinary, distressing, frustrating past words, satisfying, promising, pleasing – is there one word that’s all these things?

Distressing - leaving for work early one cold January morning with everything fine.  Coming home that evening to find an eight-foot spray of water washing across the yard from a burst pipe.  Trying to figure out how to cut the water off without having to shut down the well pump (can’t do it).  Then making arrangements to have someone out early the next morning to fix everything.

Satisfying.  The day I mowed both acres using the riding mower – all by myself.  I bumped all over the yard, ran into a couple of flower beds, nearly got knocked off the mower by a low tree limb, and I’m pretty sure I put new finger grooves in the grips from holding on so tightly but it looked pretty good when it was done.

Extraordinary.   Well, the sale of the house.  I decided in April to put the house on the market.  “Be patient”, said my realtor, “it could be on the market for 6 months or more.”  That would be fine; it would give me time to adjust to the thought of actually moving.  The house sold two weeks later.

Frustrating past Words.  Buying a new house.  Honest to heaven, if I could have jumped through the phone lines and strangled the mortgage people, I would have – several times.  A common reminder from friends during this process was “REMEMBER TO BREATHE”.

Satisfying.  The day I could say, the new house was unpacked and all was out, up, useable, and accessible.  This was only achieved this year of 2011 (as opposed to, oh – 2013) due to the help from friends and family.  Thank you is just not enough to say.

Distressing.  Losing two friends – one that I knew was quite ill and one that came as a shock.  Losing my aunt, my father’s sister – the last of her generation in our family.

Calming.  Visits to and from my children, grandchildren, my sister and brother without whom I would have truly run screaming naked down the street.

And, so, as I look back and then forward, I see change, growth, knowledge.  Obviously, you never get to old for those things. 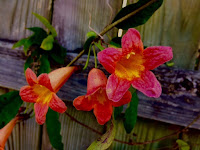