Cold outside - stay warm and try another book

Green Darkness by Anya Seton. 1972
The journey begins in 1968, with Celia, an American unhappily wed to English aristocrat Richard Marsdon. Soon she starts having strange visions and acting odd, deranged. She babbles about King Edward and dancing, then is frozen in an awkward and painful looking position. Fearing for her life and sanity, she is hospitalized. An Indian friend and doctor fears that she is subconsciously reliving a past life, 400 years ago, a life that needed closure.  We are taken back to 1552-1559 where we meet a young orphan named Celia living her life under the reign of Henry VIII, his son Edward and two daughters, Mary and Elizabeth.  During the next seven years, Celia lives through abandonment, love, marriage, and ultimately, a gruesome end. According to many believers, we interact with the same individuals, life to life, and this is the same here.  Many of Celia’s family, friends, neighbors and enemies in 1968 also play a similar role in 1552.  Then, back to the 20th century for the ending.  While the ending is predictable, the book is certainly worth the read.

This novel is set in German-occupied Warsaw, Poland, before and during World War II. It is based on real events, covers the Nazi occupation of Poland and the atrocities of systematically dehumanizing and eliminating the Jewish people of Poland. The name "Mila 18" is taken from the headquarters bunker of Jewish resistance fighters underneath the building at ulica Miła 18 (18 Mila Street, - 18 Pleasant Street). The term “ghetto” takes on a clearer meaning as the courageous Jewish leaders fight a losing battle against not only the Nazis, but also profiteers and collaborators among themselves. Eventually, as the ghetto is reduced to rubble, a few courageous individuals with few weapons and no outside help assume command of ghetto defense, form a makeshift army and make a stand.

So, I had to include this one.  It’s not his scariest book (that would be The Shining) but I think it’s his best.

The Stand by Stephen King 1978
The world ends not with a bang but with a nanosecond of computer error in a Defense Department laboratory.  With a million casual contacts.  Then there is the new world; a world stripped of its safety and emptied of 99 percent of its people. A world in which a handful of panicky survivors choose sides. A world in which good rides on the shoulders of the 108-year-old Mother Abigail -- and evil is embodied in a man with a lethal smile and unspeakable powers - Randall Flagg, the dark man. 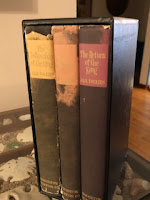 This is another “have to include” book.  I read this in the early 1970’s and have been a huge Science Fiction/Fantasy fan since.
Lord of the Rings by J.R.R. Tolkein
Everyone knows this trilogy but, if you haven’t actually read the books, are relying only on the movies, YOU NEED TO READ THE BOOKS!  While the movies are excellent and relatively close to the original story line, much is left out (as must be or the movies would each have been 5 hours long!).  And, did you know, Tolkein wrote this trilogy between 1937 – 1949.  He invented languages, drew maps, wrote songs.

So, these books today and earlier in the week might give you something new to read.  I have really struggled with these two lists of books - deciding between one or another.  I could certainly come up with more - and who knows, I just might one day. 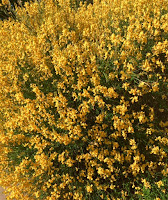