Today, at my house, the weather is awful, terrible, icky, rainy, icy, and COLD.  This is a day to bundle up and read.  If you are looking for something, try any of these.  They are some of the ones I read during my teen years and again as an adult.  They can touch your heart, make you think, and I recommend every one of them. 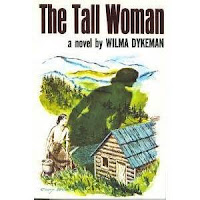 The Tall Woman by Wilma Dykeman 1962
From the North Carolina hills comes the story of Lydia Moore who married Mark McQueen, and whose life, from 1846 to 1896, encompassed the privations of the Civil War, the hardships of the reconstruction period, and the view of a future that was possible for her children. Lydia accepts Mark’s decision to fight for the Union while her father and brother join the South. The story is about how Lydia gives generously of herself and her abilities, about their children, her brothers and sisters, and all the friends along Thickety Creek.  About all the things that contribute to the growth of a woman who casts a long shadow, who works for education, for a way of life she has never known, and for the strength of a marriage.
Plainspoken as its subject this is a record without artifice that is, however, artful in its simplicity. That market, tired of the overindulgence of flesh, of sex and of extra explicitness, will be relaxed and refreshed with this. Kirkus Review

This book belonged to my mother.  In my mid-teens I found it and read it.  It had everything necessary to appeal to my teenaged heart.  I still have the book and I’ve read it more than once.  It appeals to my adult heart too.

All This, and Heaven Too by Rachel Field
Written in1938, this novel is based on the true story of one of the most notorious murder cases in French history.  It takes place in the mid-1800’s.  Henriette Deluzy-Desportes was hired as governess to the children of Charles Laure Hugues Théobald, Duc de Choiseul-Praslin and Fanny Sébastiani, Duchess de Choiseul-Praslin.  There are hints of an attraction between the governess and Duc.  The Duchess thought Deluzy-Desportes was trying to estrange her children from her and fired the her.  This led to the Duc murdering his wife.  Henriette Deluzy-Desportes was implicated and had to plead her own case before the Chancellor of France in a sensational trial that caused a major scandal which in turn contributed to the outbreak of the 1848 revolution and fall of the monarchy.  After Deluzy-Desportes was freed she left France for America and married Henry Field, author Rachel Field’s uncle This thrilling historical romance, full of passion, mystery, and intrigue, has laid claim to the hearts and minds of readers for generations.

Naked Came I by David Weiss, 1963
This is about the life of Francois Auguste Rodin and portrays him as a man and artist, driven to be perfect because his temperament would allow him to be nothing else. Friends with other Parisian artists such as Degas, Renoir, Manet, and others associated with the Salon des Refusés, these artists were generally outside the Paris art establishment and refused admission to the École des Beaux Arts. The book’s title is taken from a quote from Don Quixote by Miguel de Cervantes –
“Naked came I into the world,
and naked must I go out.” 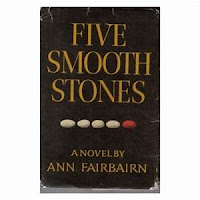 Five Smooth Stones  by Ann Fairbairn
This is a story of civil rights.  It is about David Champlin,a black man born into poverty in Depression-era New Orleans who achieves great success then sacrifices everything to help people in the difficult, day-by-day struggle of the civil rights movement. It is about Sara Kent, the beloved and vital white woman who loved David from the moment she first saw him. It about their struggle over David's belief that a marriage for them would not be right in the violent world he had to confront.

The “five smooth stones” are those the biblical David carried against Goliath. First published in 1966, this epic has become one of the most loved American bestsellers.  Goodreads 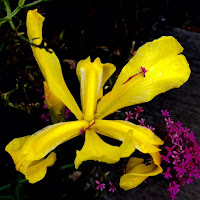