January is full of special things to celebrate – as a month or a week or a day.  So, did you know ….

International Brain Teaser Month
A brain teaser is a form of puzzle that requires thought for us to solve. It often requires thinking in unconventional ways with given constraints in mind.
1 If three hens lay three eggs in three days, how many eggs does a hen lay in one day?
2 Mary’s father has five daughters: 1. Nana, 2. Nene, 3. Nini, 4. Nono. What is the name of the fifth daughter?
3 What appears once in a minute, twice in a moment, but never in a thousand years?

The catalogs start to sprout in mailboxes in late December, then gain some solid growth in January. Their bright covers promise luscious garden and beautiful flowers. Some we’ve asked for, others just find us. Some have never been heard of and other are anticipated.  Of course for most of the universe, winter is only a few weeks old but gardeners are eternal optimists and the lure of the promises is too much to ignore. 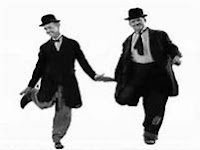 Cuckoo Dancing Week: 11-17
What could be better than a Laurel and Hardy Cuckoo dance to raise your spirits during dreary and cold January!  The duo's famous signature tune was known variously as The Cuckoo Song, Ku-Ku or The Dance of the Cuckoos.

Trivia Day: 4
Most of the laugh tracks on television were recorded in the early 1950’s. These days, most of the people you hear laughing are dead.

Do you know the names of the three wise monkeys? They are: Mizaru (See no evil), Mikazaru (Kikazaru – Hear no evil), and Mazaru (Iwazaru – Speak no evil).

A fathom is 6 feet

For 3000 years, until 1883, hemp was the world’s largest agricultural crop, from which the majority of fabric, soap, paper, medicines, and oils were produced.  George Washington and Thomas Jefferson both grew hemp. Ben Franklin owned a mill that made hemp paper. The US Declaration of Independence was written on hemp paper.

Appreciate A Dragon Day: 16
"Do not meddle in the affairs of dragons, because you are crunchy and taste good with ketchup."

"The light at the end of the tunnel may be an approaching dragon." 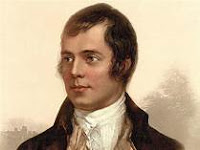 O, what a panic's in thy breastie!
Thou need na start awa sae hasty,
Wi' bickering brattle!
I wad be laith to rin an' chase thee
Wi' murd'ring pattle!

Of course there are lots more but these are the ones that caught MY attention. 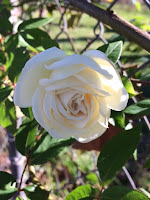