We finally have had some cool weather – Wahoooo!  And, with the cool weather has come the season of working in the yard.  Oh, for the days when I could work outside six, eight hours and feel only a bit tired.  These days – four hours (tops) and I’m ready to crawl back into the house.  Standing in the shower is a big maybe.  If I sit in the shower, I’m not sure I can get back up.  And, I’m pretty much done for the day.  Done moving much.  Done thinking.  Done. Done. Done.

But! Yea! I’ve accomplished quite a bit.

It’s pecan-falling-season.  Now, Did You Know? the best way to pick up pecans (at least for me) is to crawl around the yard.  So much easier on my back than “step-bend over-stand up-step-bend over-stand up” repeat, many times.  I’ve spent a lot of the work in the yard time, picking up pecans.  Evenings are spent shelling pecans.  And, right now I’ve got almost six gallons shelled.  One more and I’ll stop doing that. 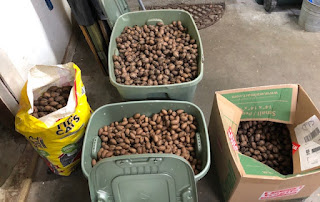 A week ago yesterday, Estate Sale Thursday, Ellen and I went to a sale located in Richmond (which isn’t so far – maybe 40 minutes).  Honestly, not very interesting.  But, there was this wonderful tree in the front yard.  A very huge, very old pecan tree.  Back in my girl scout leading days, I’d say this was a ten-girl tree – that is, it would take 10 girls standing shoulder to shoulder to go around the trunk. 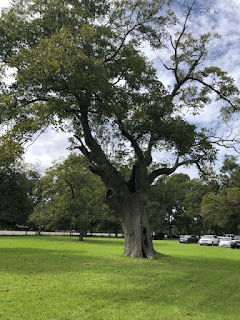 It’s hollow from the ground up to the first branch split.  I fear it is not long for this earth but it was still putting out pecans. 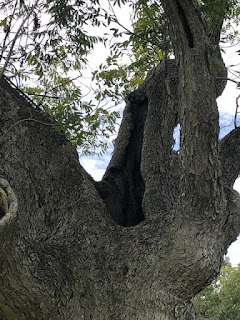 The biggest thing I’ve accomplished is the shed conversion.  Normally, the shed looks like this . . . . . 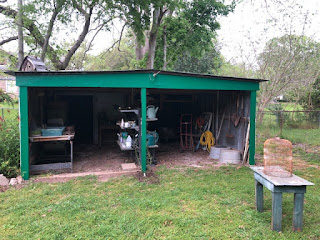 As of today, it is no longer JUST the shed.  It is now the GREENSHED. 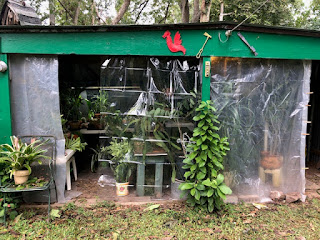 After getting the last of it closed in, I moved in plants.  And, honest-to-god, every time I thought – “thank the gods, that’s the last big one” – I’d look over to a different part of the yard and there was ANOTHER one.  Still, everything did fit inside and I can actually get in to water.  I set up my plant grow lights.  Set the timer to turn said lights on/off.  Still have to get one more piece of plastic for the doorway but – it done.  Bring on winter! 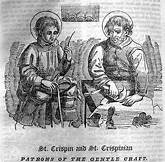 And what, you ask, is the Gentle Craft?
Shoemaking.

Today is St. Crispin’s Day.  It is the feast day of the christian saints Crispin and Crispinian, twins who were martyred c. 286.  The date is most famous for the battles that occurred on it, most notably the Battle of Agincourt in 1415.  Because of the St. Crispin's Day Speech in Shakespeare's play Henry V, calling the soldiers who would fight on that day a "band of brothers", other battles fought on Crispin's day have been associated with this famous speech including the Battle of Balaclava (Charge of the Light Brigade) during the Crimean War in 1854 and the Battle of Leyte Gulf in the Pacific theatre in 1944 during which the Japanese fleet was nearly destroyed. 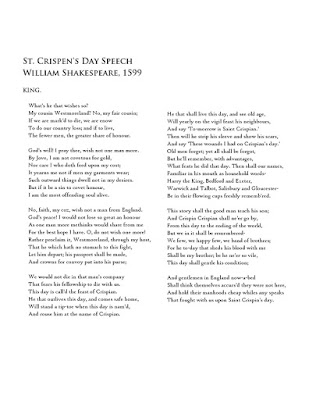