Cat tales and other things


This past week has been “mow the grass” week.  Everyone knows how I feel about mowing.  However, hot and dry as it is, the grass continues to grow.  And, so, for the past four mornings, at 630am, I have dragged out the electric cord, the little mower, and plowed through the yard.  About an hour per session is my limit in the current heat and humidity. 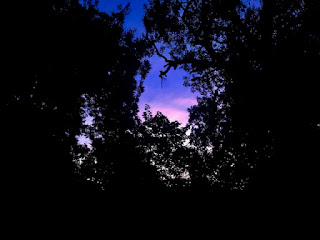 Okay, there is a good thing to mowing – I get all kinds of exercise.  I walk about 2-3 miles (you know, back and forth, back and forth), my heart reaches cardio and fat burning (yay) levels, and surely, I sweat off pounds and pounds – okay, ounces and ounces.

It has been so hot lately I’ve divided the backyard into thirds plus the front makes four days of mowing.  Thank god it’s done for at least another ten days or so.

Unfortunately, mowing days are pretty much useless for anything else days.  I turn into a potato and sit for a good long time – like until bedtime.

The Demon Duo are doing well.  When I wash my face at night, one or both sit on the edge of the sink waiting to play in the water.  Fine, I indulge them for a minute or two. 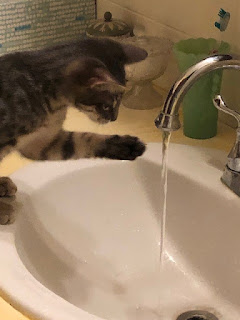 Monday night, I washed face, turned off the water and light and went into the bedroom.  A few minutes later I came out to find the hallway littered with bits of white stuff.  What the . . .  Followed the trail of white bits to the bathroom.  There, oh what to my wondering eyes did I behold?  Tissues!  Tissues all over the floor with two kittens tumbling around them.  Seems that Daryl discovered the Kleenex box, reached a clawed paw into said box and pulled out a big bunch of tissues.  Which he promptly dropped on the floor.  Aarggh!  I started picking up shredded tissues and Zack (my sweet kitty that loves to be held and purrs anytime someone picks him up) grabbed a bunch of tissues to his chest, gave me the evil eye, and tried out a “hisss”.  Sigh

Remember earlier I said August is National Read a Romance Novel Month?  I just finished reading Festive in Death (In Death series #39) by J.D. Robb (aka Nora Roberts).  Actually, I’ve read several of the “in death” books.  The books are set 60-odd years in the future and revolve around NYPSD cop, Eve Dallas and her billionaire husband, Roark.  And, when they get to the monkey sex with heat and speed, ravishing mouths, and pumping and grinding, I tend to think, yeah, yeah, done that and skip onto the story again.  These books are entertaining, light and fluffy.  And, the story line is pretty good.  Of course, they are all pretty similar with a gruesome murder, solved by Dallas with the help of partner, Peabody, her husband Roark, and various other good guys, friends, etc in her world.

Today is International Cat Day.  It is a full 24 hours of recognition and veneration of one of humanity’s oldest and most beloved pets. An estimated 500 million cats are thought to be frolicking in gardens across the world, which means that most every extended family is bound to have an aunt with more kittens than former husbands, whatever the country or climate. And that’s great, because owning a cat has been shown to improve mental health and to relieve stress, anxiety and depression. So when it’s raining cats and dogs outside and you don’t have someone to cuddle with, any black, ginger, Persian, Siamese, Burmese, Bengal, Shorthair, Munchkin, Balinese, Ragamuffin or any old stray cat will do the trick. 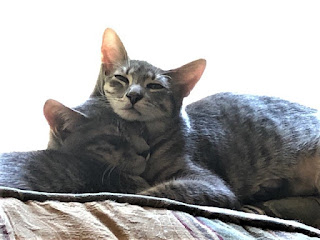 I read another blog called “Octoberfarm”.  It’s interesting and enjoyable.  I don’t know where the author lives but I’m thinking it’s somewhere in the way-the-heck-up-there-in-the-northlands.  I’ll bet she can see Santa’s house from her porch.  I say this because on August 1, she started talking about the soon to be there season of fall.  I’m not totally sure what that is because here in my part of Texas we have

She talks about nice days and cooler temps; I wish she’d send some of it down here.  We are in high summer.  August is probably the hottest month of the year with September a very close second.  If we are lucky, it maybe, might, possibly will cool down to 90° by October.  And, except that my grass is shorter today, nothing much is happening in my yard.

The Mexican bird of paradise (Caesalpinia mexicana) is in full bloom.  I brought my first plant with me from Arizona and have planted many others grown from seeds.  They’re easy to grow, deal well with our sun and humidity, get to be 6’+ tall, and will bloom all summer.  While they’re likely to freeze in cold weather, they pop right back up from the root. 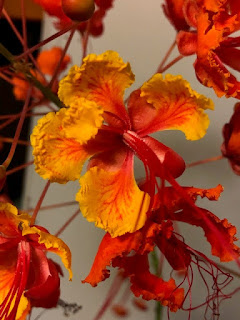 The Senna (Senna hebecarpa syn. Cassia hebecarpa), a perennial herb, is also doing well.  It has struggled a bit since the 2017 flood but is now in full bloom. 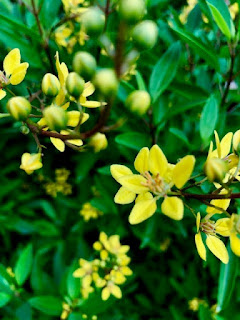 The Chocolate Plant (Pseuderanthemum alata) is also doing well.  These are a heirloom plant in Texas and other parts of the South.  They’re almost never found in catalogs or nurseries being that they are pass-alongs.  I got mine from a very close friend.  They do best in shade or part sun and can be just a tiny bit invasive.  They will freeze back in winter but reappear in late spring/early summer. 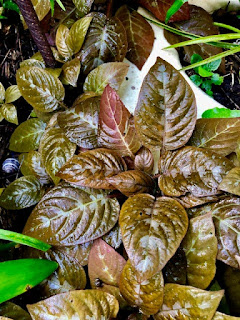 I bought the Demon Duo (not that I spoil them) a new toy the other day.  It’s a ball with a grate-like surface and a little mouse inside.  When rolled across the floor, it squeaks.  Got it home and removed all the tags and labels, including the tab that activates the battery to the squeaker. 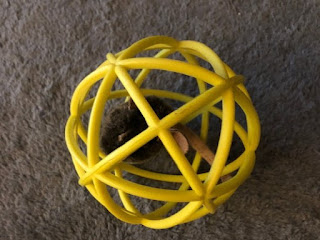 Rolled it across the floor.  Nothing.  Hmmm.  Picked it up and gave it a little shake.  Roll – nothing again.  Grrrrrr.  Gave it a big shake.  Nada.  FINE!  Picked it up, got all the tags and labels and put the whole mess into the car with the receipt.  I’m not paying $5 for a toy that’s broken from the get-go.

Today I had errands to run (library, post office, city hall) and decided to run by the store and return the damn toy.  Backed the car out of the driveway and heard “chirp, chirp” rather like a cricket.  Hmmmm

Ok – Pam Rule – my car sleeps in the garage.  Always been my rule.  Garage? My car gets it.  These days Daryl and Zack spend a good portion of the day playing in the garage (they’re not allowed outside).  Lately, they’ve discovered the car and have been climbing into the front grill and god only knows where from there.  I’m fearful they’ll get stuck and I have no idea how to open the hood.

So, when this chirping noise started, my first thought was they had managed to unplug something and the car was demanding help.  This makes perfect sense to me as I firmly believe cars have a mind of their own and are apt of misbehave just because they can.

So while stopped at a light, I tried to determine where the chirp was coming from and did I need to stop at the mechanics.  Didn’t sound like under the hood.  Sounded like ……… inside ..... the  ..... car……………..  Yep, it was the toy.  Somehow it finally got activated and every time the car moved, it chirped. 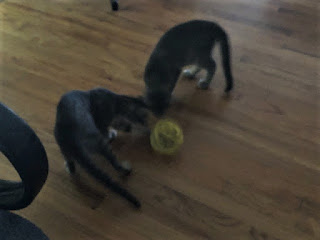 So I brought it home.  The boys? – they chase it all over the floor and chirp back at it.