It is so hard to sit down at the computer these days.  Seems like every time I do, two pairs of gray ears pop up and the demon kitties come running.  One wants to sit on the keyboard, one wants to try to unplug every cord, one wants to climb in the trash can, one wants to walk along the shelf above my desk and knock everything over.  Yes, there are only two of them, however, seems like three-times as many when I’m trying to do anything!

Yesterday Ellen and I drove over to Rockport to the 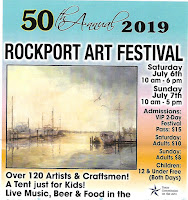 We went for the first time, last year.  It was very impressive.  So, we started watching for dates for this year.  We made our plans to go Saturday.  There were a few challenges.

It takes roughly 2 hours to get to Rockport anyway you go.  Ellen and I wanted to take the scenic highway along the coast.  Takes a whopping 9 minutes longer but, that’s what we wanted.  I set the map directions on my phone; pressed start.

So, and I know this NOW because I paid attention coming back, you take Hwy 59S to Hwy 71.  Then a couple farm roads and ultimately land on Hwy 35 going south and west.  Lots of  planted farm land, lots of pretty ocean views, not much traffic.

About the time we got to El Campo, Siri announced “You can save 9 minutes!” and changed the directions.  Aarrgghhh!  I don’t like the phone (or any inanimate and many living things) to tell me what to do.  If you’re paying attention and holding the phone, you can tell her NO, argue a few minutes and eventually she'll give up and go the way you want.  However, I was driving – and - we took Hwy 59 most of the way with traffic, trucks, and no nice views.  I fumed the whole way.  Okay, okay – in with the good air; out with the bad.

Got to Rockport.  Found a parking place. Walked over to the art festival.  So, if you live anywhere around here you know, yesterday was hot, humid, no cloud cover, minimal breeze, lots of sun, and HOT.  That’s fine – we expected this.

Now, and this is a personal “rule” for me, I generally don’t go to art festivals that have an entry fee.  Primarily because, I go with a specific amount of $$ to spend and I’d rather spend it on something I want and that benefits the artists and/or food vendors.  This show is held outside.  I might feel differently if the show was held in a large building with AC.  The artists are located under canopies outside in the heat.  They are slap-dash up against one another so if it’s crowded, you sort of shuffle from booth to booth.  The cost is pricey - $10.  Alright – we expected this also.  What we didn’t expect was to get there just a few minutes after it opened and find the place jam-packed-full of people.  When I said “shuffle from booth to booth” I was not kidding.  Just trying to get in the line going one way or another was hard (like 8am traffic in Houston!).

There was good, bad and just odd.  Art is a very personal thing so I'm not going to denote good from bad, just some of the ones I really liked - 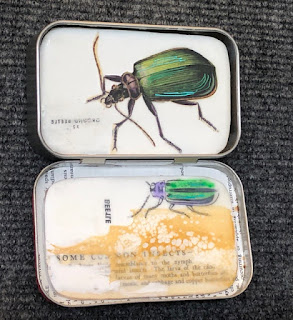 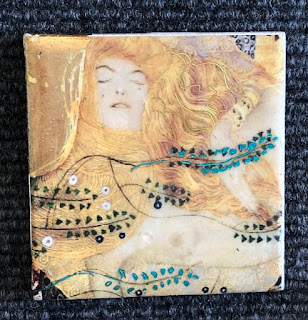 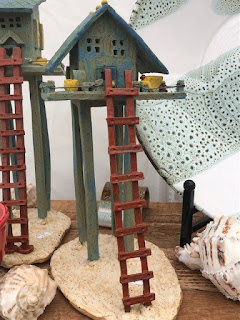 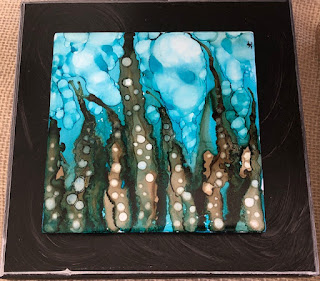 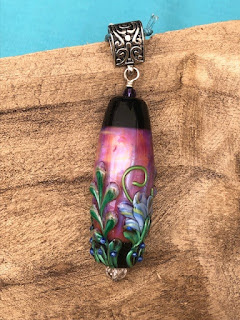 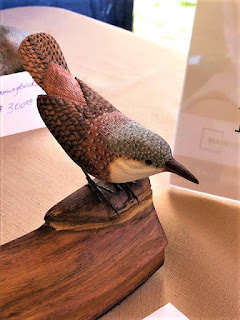 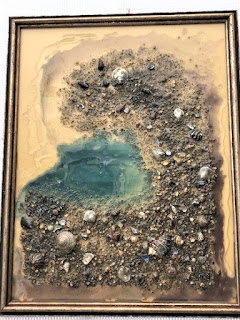 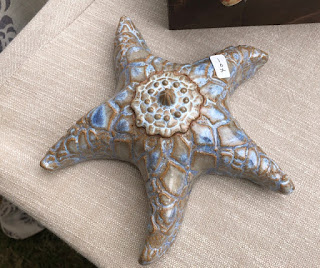 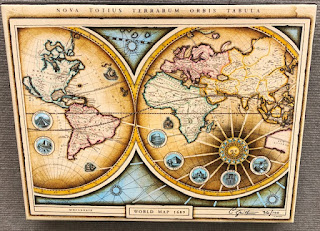 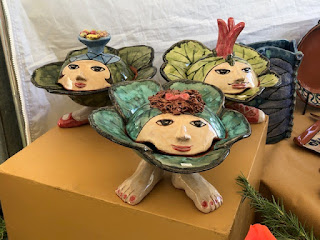 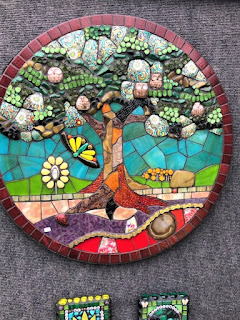 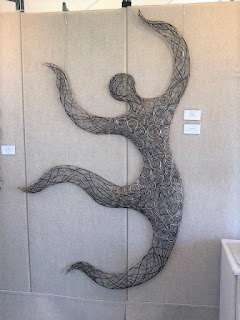 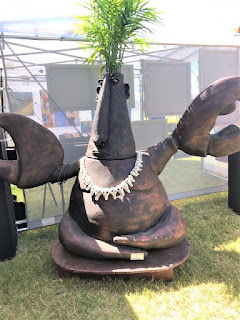 Unfortunately, I didn’t get the artist’s name.

These all make me smile! 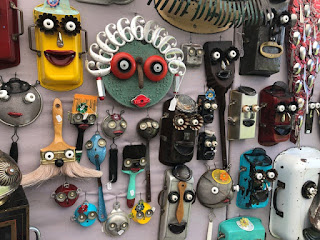 There were more food vendors this year.  And, it you go, plan to share lunch with someone – the amounts are huge!

We left Rockport around 130-ish for the drive back to big W.  And, this time, we took the coast road.  Nice and pretty drive back.