To celebrate her birthday, my sister and I drove down to Galveston on Friday to spend the day.  Because the beaches have become so crowded and commercial, we spent the day walking through the shops on Strand. 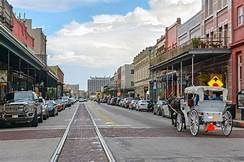 Galveston Island is a sand-barrier island in the Gulf of Mexico.  It’s about 100 miles southeast of Wharton.  The island is twenty-seven miles long and less than three miles wide at its widest point.  (Honestly, I used to wonder if, during festival weekends, it would sink like Atlantis.)

Galveston is a unique place with its Painted Ladies 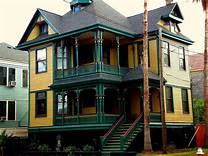 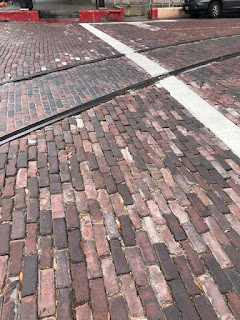 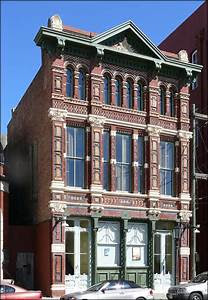 When I grow up, I want to live in this building!

The gulf and everything it includes – salty, sea air, breezes, sounds of sea birds, and so forth and so on. 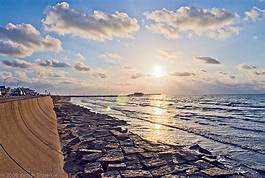 I still miss it every day.  Sigh.

Back to Friday.  We took back roads, county and farm de market roads rather than the various highways.  That way we missed the hot mess that’s Hwy 59 and the insanity of Houston traffic.  Anyway, it’s a much nicer drive.

We arrived, parked and started walking along the wide covered sidewalks.  Our plan was to walk a ways, stop for lunch, and then complete both sides of Strand.

One of my (and Ellen’s too) favorite shops is Hendley Market.  They have such wonderful, interesting, unique, unusual, different, odd, weird stuff.  I love it there! 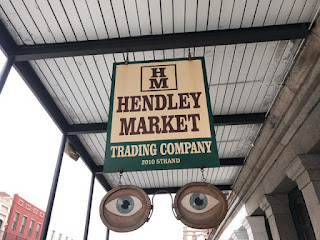 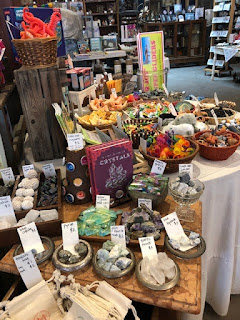 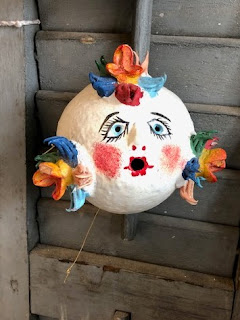 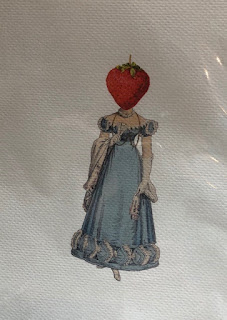 Then, along the back wall, they always have a variety of Nativity scenes, all from different countries.  Mostly, they’re all pretty normal, however these two caught my attention – 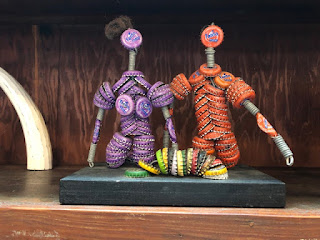 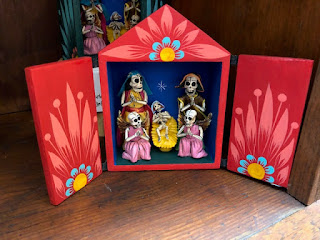 After leaving Hendley Market, we decided on lunch and went to Fisherman’s Wharf.  Now, normally that’s a good place to eat but like all restaurants they have their good and bad.  The menu had changed since I was there last – not much choice for lunch; everything was full entrees.  Disappointing that most of the fish choices were tilapia (not a sea fish, not local, not flavorful).  I settled on a crab cake that turned out to have no crab in it, just a tablespoon of crab on top.  Again, disappointing.

We sat out on the deck overlooking Galveston Bay 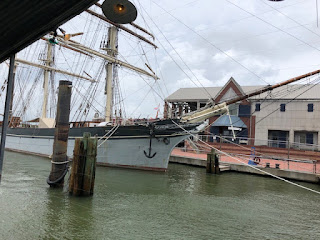 The tall ship, Elissa, was right next to us.

And, we looked out to a sort of oil rig graveyard 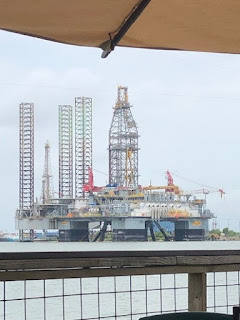 After lunch, we walked around some more.  Came across this plus a whole slew of others dressed in somewhat similar fashion with different feather headdresses. 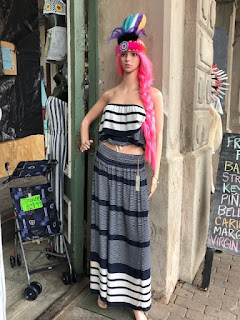 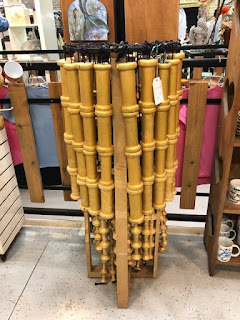 We went to the Galveston Art League.  I really like this - 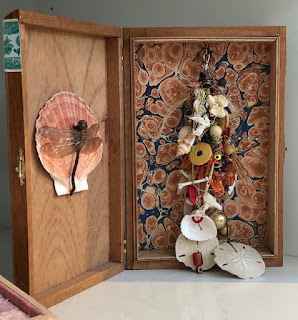 Artist: Martha Terrill of Galveston
She says - it comes from her interest in collecting the unusual

The Spice and Tea Shop.  A little different with all sorts of flavored salt, sugar, and pepper, a variety of herbs, and, of course, teas. 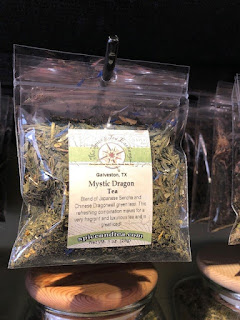 Now, there is something else that makes Galveston unique.  Everyone is buried in a mausoleum of sorts, above ground (though many of sunk to a point where just a bit still shows).  The big Broadway Street cemetery is actually a collection of seven cemeteries built over the last 176 years.  Many of these graves have been raised two or three times over the years, and when the stones were lost during the raisings, the plots were just resold and another burial took place on top. 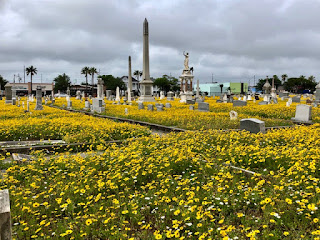 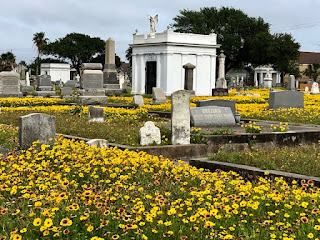 The cemeteries were covered with a sea of yellow coreopsis.

And then, we drove home.  A delightful day.