I’ve spent the past many days moving plants outside, repotting many of those plants, plopping several in the ground (because now, they are officially too big for the biggest container I have that I can move), moving all the yard art back out and deciding on a place for it (nothing stays the same in my yard, year to year), and generally acknowledging that spring is here.  Yea! 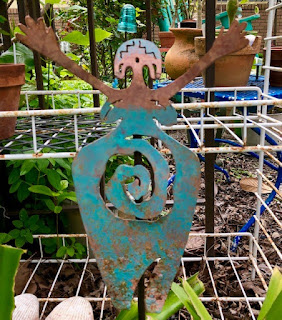 I’d be perfectly happy if it would stay spring like (temps today range from 70 to 50 – nice, very nice, very, very nice) until June.  It could happen.  So far this year, I’ve had the AC on in January and the heat on in March – spring isn’t totally out of the question.

Did you remember yesterday was St. Patrick’s Day?  Wear green?  My father used to say that on St. Patrick’s Day, everyone was Irish – except my Mother argued, she was not.  Wrong.  Little did she know that her 2nd great grandfather came from, yes … Ireland.

And, just in case you wonder about such things - Saint Patrick lived during the fifth century. He was born in Roman Britain, kidnapped at age 16, and brought to Ireland as a slave. He later escaped, but returned to Ireland and was credited with bringing Christianity to its people.  One legend has it that he drove the snakes away from Ireland.  Sounds cool but according to experts – there were no snakes in Ireland; that the snakes were a symbol for the druids, whom Patrick is said to have driven out when he established Christianity.

One of the symbols for St. Patrick’s Day is – Shamrocks (oxalis or clover, I hear you asking).  Even experts differ on which is what when it comes to that clover stuff in your yard.  But generally, the flower for clover looks like this 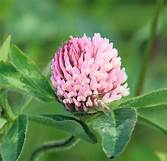 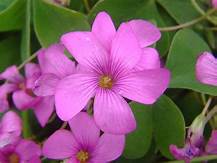 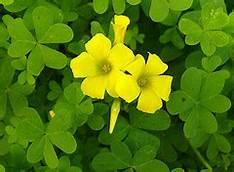 My yard if full of oxalis.  That’s fine.  It doesn’t have to be mowed and it makes flowers.  I can live with that.

The trees are blooming, well, not the pecans just yet, but 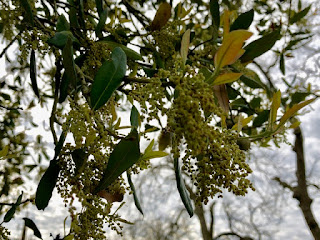 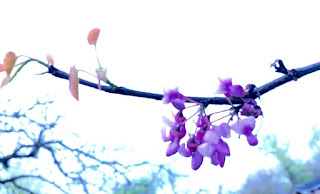 and, my Loquat, which bloomed last November 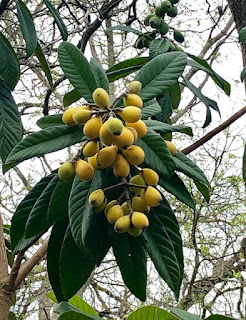 is covered with fruit. 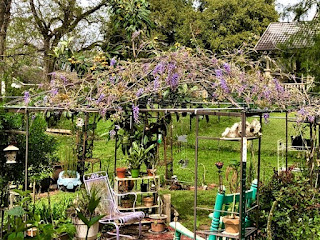