Yesterday, I spent four hours working in the yard.  I’d say I was “enjoying the wonderful spring sunshine” except I was doing hard, heavy lifting work.  In my shed, I have two sets of metal shelves that mostly hold – you know – crap.  And, because I like to try to grow things from seed, this time of the year I usually have many, many pots of things that need to be put somewhere until I can find someone to give them away to (anybody want 1. a Baby Plumeria, now 1 year old or 2. a Catalpa Tree almost 4 months old???).   So, I decided to move one set of shelves outside to hold plants.  This was a good idea (which I kept telling myself over and over).  It was a struggle to get the shelves off the stand, get the stand out of the shed, get the shelves back on the stand.  All the little baby plants learned a goodly number of really bad words!  But, it works well and I’m happy with it. 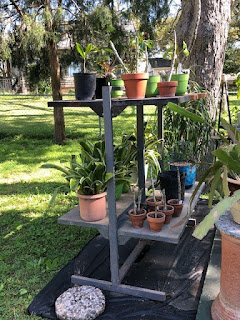 Later in the evening though I discovered something I am not happy with.  At some point while working inside the shed (a haven for spiders), I got four spider bites on my neck and shoulders.  Ugh.  Now, they hurt, itch, and are the size of quarters.  Double Ugh.

Yesterday’s Yesterday – back to Independence, TX and the Antique Rose Emporium.  As I said yesterday, it is a great place to just walk around and enjoy all the gardens.  Lota pretty flowers. 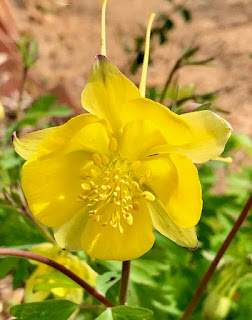 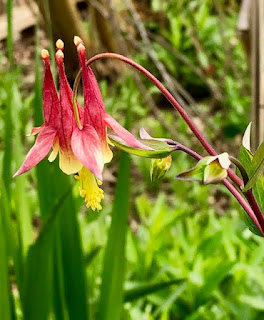 From there, we drove over to Washington on the Brazos.  And, once again Siri took us on all sorts of back roads including one very curvy dirt road.  Interesting.  Pretty.  Semi-alarming.

Washington-on-the-Brazos is "the birthplace of Texas" because it was here that, on March 1, 1836, Texas delegates met to formally announce Texas' intention to separate from Mexico and to draft the constitution of the new Republic of Texas.  Now, it is a 300-acre state park along the Brazos River.  In addition to the beautiful country side, there is Independence Hall, Barrington Living History Farm, and the Star of the Republic Museum. 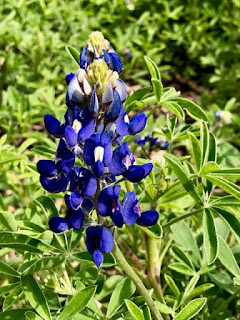 All very interesting.  At Independence Hall, one of the park rangers gives a talk about what all happened there in 1836.  Okay, now, I’m from Texas.  I’ve had Texas history, I swear, since first grade.  I pretty much knew everything the ranger talked about (most of the others were foreigners – like from Colorado or the Northeast).  However, I did learn something new. 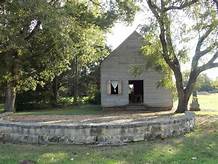 So, Did you Know?  Sam Houston, twice president of the Republic of Texas, once governor of the state Texas and once governor of Tennessee, made a run for the presidency of the US?  Yep - Houston and John Bell were the two major contenders for the presidential nomination of the newly-formed Constitutional Union Party, which consisted largely of Southern unionists.  John Bell won the primary and ran against Abraham Lincoln and Stephen Douglas.  You know how that turned out. 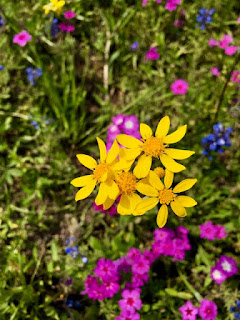 Now, while I’m pretty sure we didn’t walk all 300-acres, I’m thinking we covered at least half of them.  And, as we were in the hill country, everything was up. 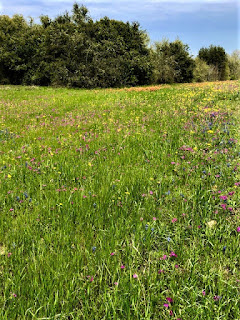 Barrington Living History Farm is located in the park at the home of the last president of the Republic of Texas, Anson Jones.  Docents dress in period style clothing and answer questions about life 150 years ago.  They plant crops from that time, plow with the help of oxen, spin cotton fibers into thread and make soap.  All the farm animals are heritage breeds that would have been found on the plantation back in the day.  It’s all pretty cool. 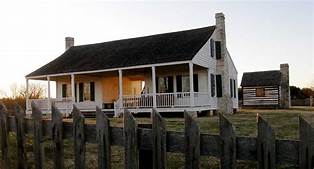 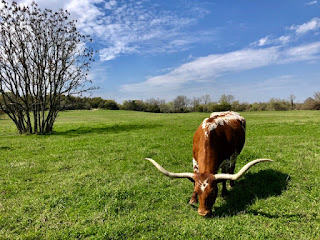 The Star of the Republic Museum was also very interesting – time tracking from the beginning of when to statehood.

And, then we drove back to Wharton.  Adventuring!