Empresses and Emperors … Ringworm and Candles


Remember I said recently that now is the time for me to decided if potted plants are coming inside for the winter or be plopped into the ground with the loving words
“Grow Dammit or I’ll throw you in the trash!”. 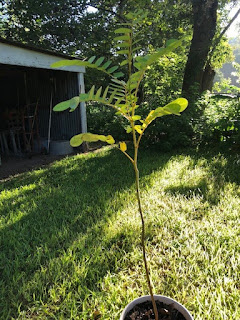 This plant, Empress Candle Plant, is now in the ground.  And, it is planted with some trepidation since, while showy in the late summer and fall with beautiful upright yellow blooms, it can also be a bit invasive.

Generally, I have a rule about invasive plants – NO!  There was a time in my life when I planted things knowing they might be a tiny bit invasive but thinking “I can control this-(fill-in-the-blank)  …  just how hard can it be  …  no big deal!”.  I have since learned 1. I cannot control this and 2. It can be alarmingly hard and 3. It is a really big deal.  That said – I like this plant so I’ll just have to try to cut off any seed pods or pull up any sneaky new plants. 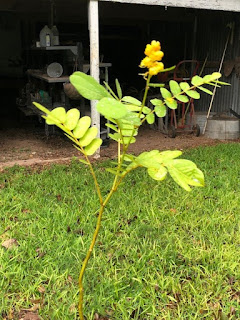 Empress Candle Plant (Senna alata), also known as Emperor's Candlesticks, Candle Bush, Candelabra Bush, Christmas Candles, Ringworm Shrub, or Candletree (whew), is a longtime favorite perennial of Gulf Plains gardeners.  It can be a small tree or a big shrub depending on where it’s located and how it’s pruned.  Right this minute, I’m planning on mine being a medium sized shrub because they can grow to as much as 15 feet tall.  I’m pretty sure I’ll never get the seed pods removed on something that big! 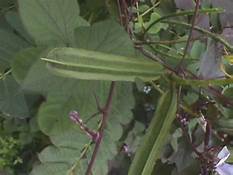 It is cold sensitive and if you live in Austin and north, you probably want to keep it in a container.  In the warmer parts of Texas such as the Gulf Coast and south, the Empress (it has so many names, I’m going with what I call mine) will grow well.  Plan to trim it back after flowering so it doesn’t get out of control.  It could freeze to the ground here if we have a spat of prolonged cold (like several days) but it should come back from the root.  Longer cold than that and it’s probably done.

A native to Mexico, Central and parts of South America, Africa, and Southeast Asia, the Empress attracts pollinators and is larval food for the sulphur butterfly. 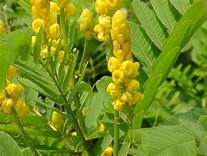 While it is attractive with lush growth and yellow flowers that bloom from late summer to late fall, there are those that say it’s actually a noxious, self-seeding weed.  Probably you want to keep that in mind where you plant one - in your flower beds ok; in a pasture - probably no.

Growing the Empress from seed is easy.  Soak seeds overnight.  Plant directly in the soil after chances of frost have passed or start in small peat pots indoors.  This is one of those plants you will want to plan before you plant.  Since they can get so big, you probably want to make sure there is plenty of grow space.  The Empress needs little care, grows well in any soil (sandy, loamy and clay), prefers a well-drained area, loves our full sun, is somewhat drought tolerant but happier with a little regular watering.

Now, here we go – Did You Know?  This plant is often called the ringworm bush because of its very effective anti-fungicidal properties.  It has been used for treating ringworm and other fungal infections of the skin.  Grind the leaves until they look a bit like "green cotton wool".  Then, mix with an equal amount of vegetable oil and apply to the affected area two or three times a day.

I feel confident about planting (and controlling) the Empress because I already have a close cousin planted – Wooly Senna.  It normally is covered with small yellow flowers this time of the year but suffered greatly from our weather last year (drought to flood to snow).  Still, it’s slowing coming back and we’ll see what happens this winter.  (Yes, it makes a bazillion seed pods.  Yes, sometimes new plants come up.  Yes, I keep them weeded out.) 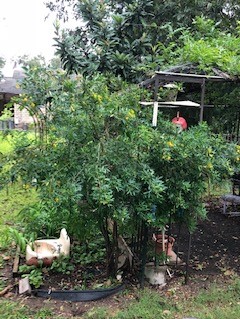 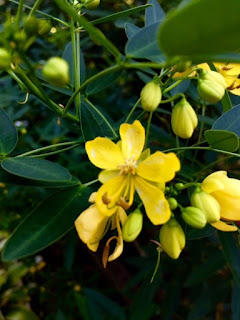 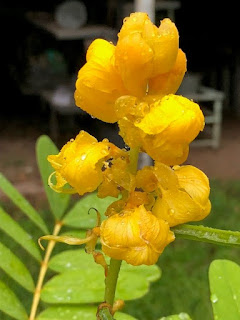