Adventuring – wildflowers and OTHER PLACES


In addition to looking at wildflowers and cotton, we did some other adventuring.

I like to walk through old cemeteries.  It’s interesting to see what the living do for the dead.  It’s kind of like walking through a database of the families, traditions, and influences of a community.

When living in Galveston, I walked through the old city cemetery (also known as Old Potter’s Field or Yellow Fever Yard) occasionally.  There are elaborate mausoleums and simple cement boxes, some at ground level, some just below.  I think one of the saddest ones I saw was a plain cement box with “Died of the Yellow Fever    1867” engraved on the top.  Sad to die when no one even knows your name.

Another time, while wandering around a wooded area in Alabama, we came across what probably had been a small family graveyard.  The house was no longer standing but there were six grave stones standing in amongst the brush and trees.  Now, I have to admit, it’s been many years since I’ve seen this site and the actual names on the stones are a fuzzy memory except for one.  So, the tallest marker had just a name – “John Smith”.  The four to the right each said “Mary, daughter of John Smith; William, son of John Smith; etc.  The one to the left (and this is what I will never forget) “Wife of John Smith”.  No name.  Really????  Made me wonder though - did they all die of illness?  or violence?  or something else?

The other day while adventuring through wildflowers, we also walked through two small cemeteries.

The graves of young children hurt my heart. 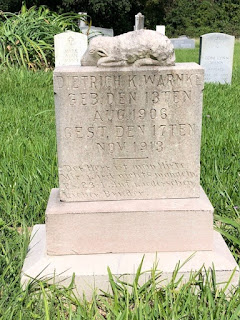 Some were very elaborate 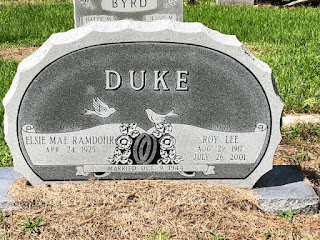 Some, not as much 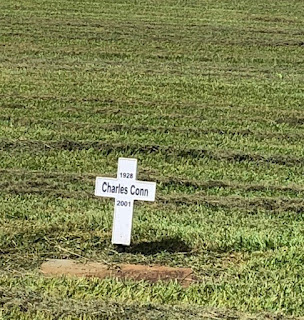 Some had “gifts” left to mark a visit. 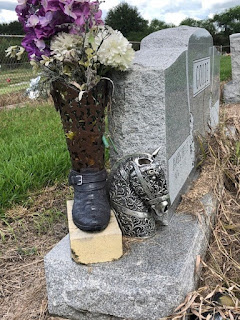 I don’t know exactly what these are – mini mausoleums?  Maybe, but there were no names or dates on any of the three. 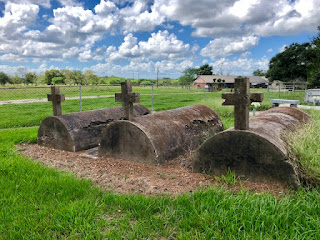 There’s a small town just east and south of us called Damon, TX.  It sits atop a salt dome (petroleum, sulphur, and limestone exploration).  Damon Mound is 144 feet above sea level and for us Gulf Coast flatlanders, that’s a good-sized mountain – well, at least a really big hill. 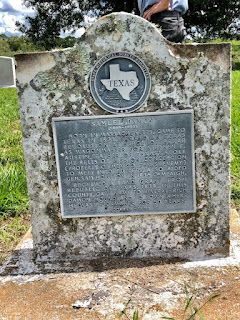 The city of Damon was settled by Samuel Damon.  He left the frozen northlands of Massachusetts in 1831 to settle in Texas.  When he arrived, the Mexican officials turned him back, as they were not allowing any more Americans to enter.  Damon swam ashore and made his way inland and eventually found shelter with one of Stephen F. Austin’s colonists.  Ultimately, he built his own home and later received permission from Mexico to operate a freight line.  In the fall of 1835 he was transporting military supplies to the Texas forces near San Antonio de Béxar.  Due to scarcity of ammunition among the Texans, Damon, along with others, stole the bells of Mission Concepcion (property of Mexico) to melt into bullets.  After delivering the supplies, he took part in the siege of Bexar and the battle at San Jacinto.  He died in 1882.  And, he’s buried in the Damon City Cemetery. 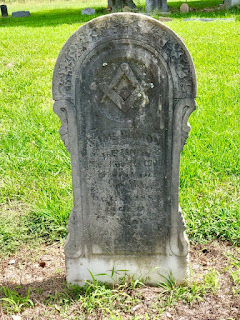 You see – you just never know what interesting bits of history you’ll find. 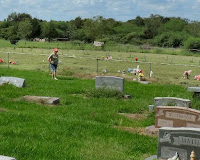