We are having just the weirdest weather.  And, have been since a year ago. 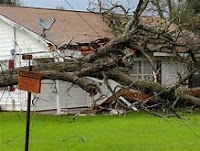 February 14, 2017 – Temperatures were pretty mild.  I had my door open to let in fresh air when all of a sudden, I heard a train coming down my street.  No-no, no trains on my street – TORNADO!      Weird!  We don’t live in Tornado, Texas.  We live in Hurricane and Big Giant Rain, Texas.  And, while it was alarming, it really didn’t do huge damage.  Ripped the roofs off several buildings and turned a bunch of trees toes up, but no truly devastating damage.

Then we proceeded into a long hot dry summer.  Very long.  Very hot.  Very dry.  It was a major effort to keep the plants watered – sometimes having to water in the early morning and again late evening. 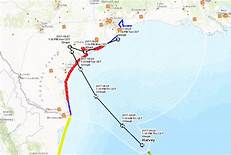 Next came Hurricane Harvey in late August and THE GREAT FLOOD OF 2017.  According to various news sources, Hurricane Harvey is tied with Hurricane Katrina as the costliest tropical storm on record, inflicting at least $125 billion in damage, primarily from catastrophic rainfall-triggered flooding. 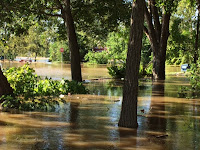 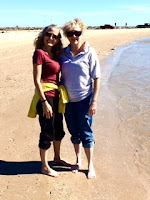 This did not stop summer however.  Still, very hot.  Thanksgiving last year, I was walking the beach barefoot. 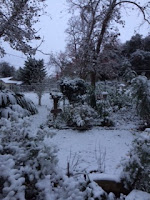 Ten days later, December 8, we had snow.  Snow in south Texas in early December.  Snow.  Temperatures warmed back up and around Christmas, dropped to 20°. 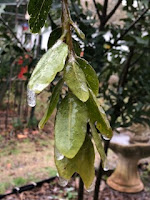 Not any better weather wise.  In January the temperatures stayed in the 40-30° range with weeks of freezing temperatures and three days of 20°.  No sympathy?  I live on the Gulf Coast!

All this is leading up to today.  A little over a week ago, we were still in the grip of winter with temperatures in the 40°s (remember – Texas Gulf Coast Plains - 40° is serious winter for us).  A week later, everyone brought out the shorts and t-shirts because we had an attack of summer.  Hot and humid.  No spring – summer.

With the coming of summer, I have started my morning strolls through the yards to see how things are doing – what’s coming back – what’s completely dead – what’s coming up (that would be weeds, mostly).  This morning I had on shorts.  Walked around the yard.  Glanced at the thermometer - 77° at 7am.  Humidity at 96%.  Yuck.  Around 10am, I got ready to run a few errands.  Went out to the car and had to turn around and come right back inside to change clothes.  The temperature must had dropped 15° because it was CHILLY.

We are having just the weirdest weather. 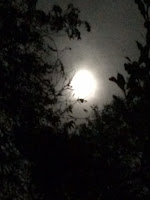