How did this get started???  With the stationery companies? The candy companies? The florists?  Well, I’m sure they have all helped to keep this day alive and well.  However, there are many different thoughts on the where and when.

Some historians lean toward the Roman festival of Lupercalia (13-15 February) being the origins of our heart day.

The purpose of this festival was to protect the herds, flocks and crops, avert evil spirits, purify the city and release health and fertility.  The priests would sacrifice a goat, for fertility, and a dog, for purification. They would then remove the goat’s hide, cut it into strips, dip them into the sacrificial blood and take to the streets, gently slapping both women and crop fields with the goat hide.

So the next thing I found about the beginnings of Valentine’s Day is a reference to one of least three different Christian saints named Valentine or Valentinus, all of whom were killed.

1:   Valentine, a priest in the 3rd century, defied Claudius II and performed marriages for young soldiers in secret. Claudius thought single men made the best soldiers. When Valentine’s actions were discovered, Claudius ordered that he be put to death.

3:   An imprisoned Valentine actually sent the first “valentine” greeting himself after he fell in love with a young girl–possibly his jailor’s daughter–who visited him during his confinement. Before his death, it is alleged that he wrote her a letter signed “From your Valentine”. 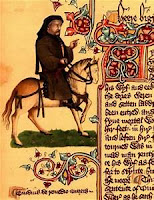 Others think that the 14th century poet, Chaucer was responsible for Valentine’s Day with his poem “The Parlement of Foules”.  As far as I can tell it’s a poem about birds (maybe people) choosing their mates.

By the 18th-century it evolved into an occasion in which lovers expressed their affection for each other by exchanging gifts of flowers, confections, and notes. Mass production of Valentine gifts became popular in the 19th century.  Today in our technology minded world you can send notes of love via text or email. 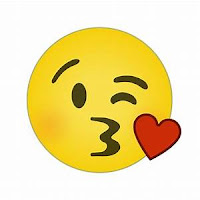 Still, regardless of your feelings on the commercialization, it’s as good a day as any to remind someone you love them. 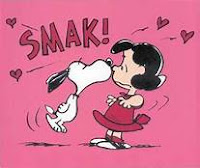