This has been a busy week.  I’ve spent several days working in the yard, with the major thing being – TA DA! – finished the big round bed.  I had planned to do the work over two days (no sense in killing myself – right?), but due to having the Breakfast of Champions - two cups of coffee and a good-sized sweet roll (no, not my usual fare but the milk had soured and the sweet roll was calling my name anyway), I was so full of caffeine and sugar I accomplished a lot in a short time!  And, believe-you-me, it was work – moving all the stones that were there, digging out grass and weeds, trenching, positioning the new edging and getting it all buried and firm.  But, I’m happy with the way it looks.  Three down, four more to go. 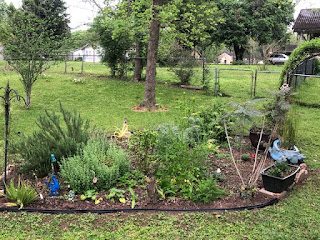 I know, doesn’t look so big in the picture but it is 16 feet round-ish.  Everything is still in the small stage but in another month or so, it will be full of flowers, herbs, and other things.

I’ve also started the spray painting of many things.  Unfortunately, it seems that every time I go outside with paint in hand, move the current item to be repainted, it starts to rain.  Grrrrr.  Go inside, it stops.  Grrrrr.  Outside, it starts again.  The universe is trying to tell me something? 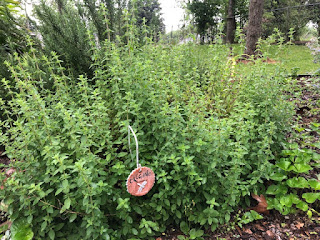 Tansy used for intestinal worms, rheumatism, digestive problems, fevers, sores, and to bring out measles.  It is used to repel flies; placed in bed linen to drive away pests (not so much a problem in modern days), and can be used as an ant repellent.  Lastly, carried in a sachet, or burned in rituals, it will promote health, longevity, and lost youth.

Yarrow used to break fevers and colds, as a poultice for bruises, sprains, and swelling, as a tea for help with digestive problems.  It is long recognized as a protective, healing plant - Greek myth had it that Achilles painted himself with a tincture of yarrow to make himself invulnerable to arrows, everywhere on his body except his heel.

Mugwort used to flavor beef and fish and was used in beer making prior to the use of hops.  Mostly though used to protect travelers against evil spirits and wild animals. Roman soldiers put mugwort in their sandals to protect their feet against fatigue.  It also gives protection against diseases and misfortunes. 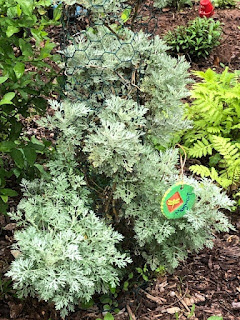 Mostly though, I plant those unusual ones because I just like the way they look.  And, of course, you never know what works!  I have some new ones planted this year but they are coming up from seed and I’ll wait until I’m sure they are going to be actual plants.

Saturday, a friend and I went adventuring.  Adventured to the wilds of Houston’s Memorial City mall.  Our end destination was the 2019 Houston Orchid Society’s Show and Sale (a group of orchid lovers dedicated to the conservation, preservation, and education of orchids and their habitats, be it in situ, a part of your landscape, or in a glass house, we as a group cover it all). 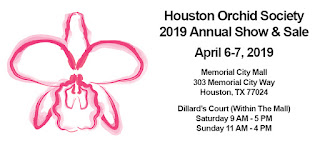 The show itself, was very nice.  And, ohmigod, such beautiful flowers.

that orchids comprise the largest family of flowering plants on earth, with over 30,000 different species, and at least 200,000 hybrids.  They can be found in the equatorial tropics, the arctic tundra, and everywhere in between.  The reason for this diversity lies in the plant’s amazing ability to adapt to its given environment.  Are they difficult to grow?  Absolutely yes - many are. In fact, some are almost impossible to keep alive, much less bring into bloom—even for professional growers.  But there are many dozens that are perfectly happy growing on a sunny windowsill or under lights.

That said, myself, I have limited success with orchids.  The two I can grow easily are 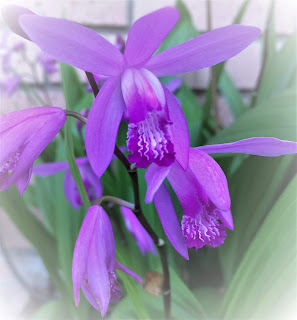 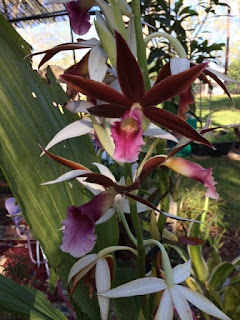 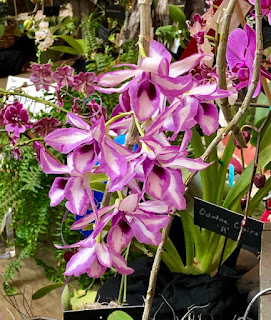 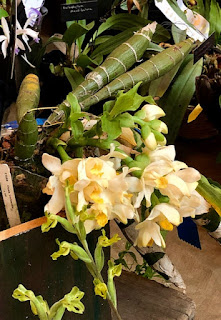 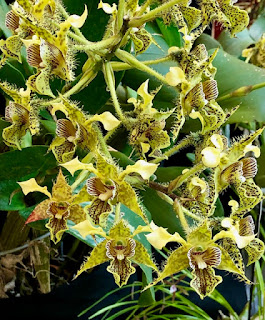 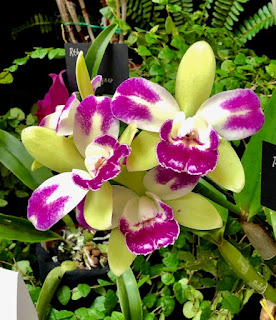 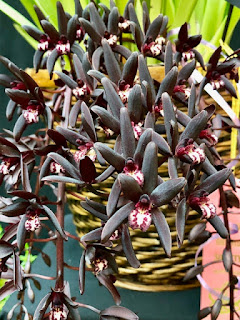 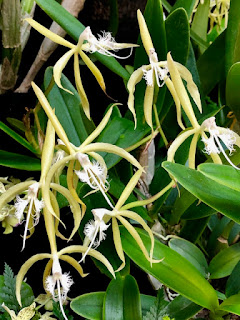 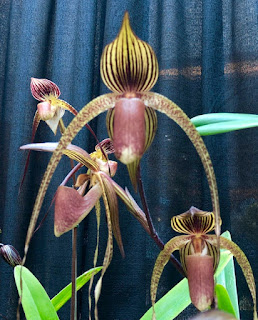 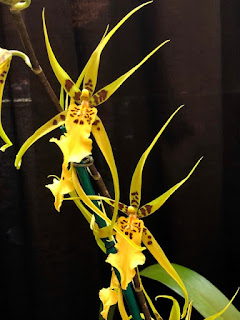 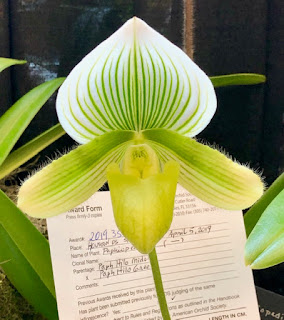 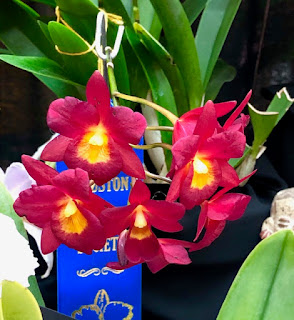 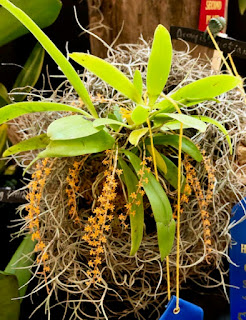 And, these pictures are only a very few of what we saw.  Some of the flowers were tiny, size of a pen tip, and some were larger than my hand.  When I grow up, I want to be able to grow orchids too.