And when we got to Sweetwater, (the stop for the night), we were greeted with this . . . 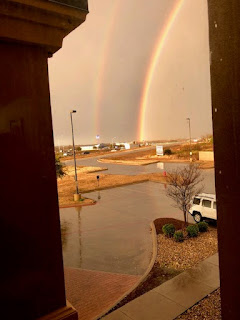 The next day, I drove and encountered 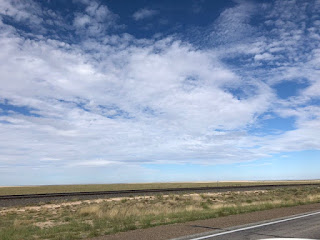 all the way to Wharton.  Which was good because, I have to tell you, it took me a while to get used to being able to see over everything through a gigantic windshield!

We came back on Hwy 36 which you pick up just past Abilene at Cross Plains (pop 980).  I’ve traveled Hwy 36 for many long years and like it because it goes through a number of small towns.  Makes the drive more interesting, I think.  Plus, there are places to stop for food and gas.  Also, the towns are about 30-40 miles apart so I don’t worry too much about problems in the middle of nowhere.  And, I’m familiar with the towns so I can judge how much further timewise I have to go still.  Works for me.

Also, you can pick up all sorts of interesting moderately useless information, like for instance:

Cameron, TX (pop 5700) was named after Ewen Cameron, a Scot highlander prominent in the Texas Revolution and a member of the Mier Expedition during the war with Mexico.

Gatesville (pop 15,700) has five of the eight prisons and state jails for women operated by the Texas Department of Criminal Justice.

In 1881, a small community sent a petition to the U.S. government asking for a post office.  The community had decided upon the name Star, TX but that that name was already taken. The citizens called a meeting to select another name, and after many long hours of deliberation, decided "Since we are a rising young community, why don't we just call ourselves Rising Star." (pop 835) 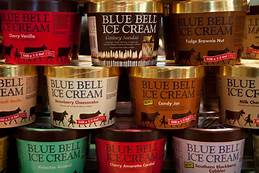 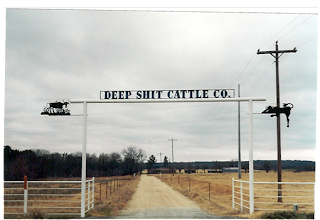 It was a long day of driving though and when we pulled into the driveway at home, I was ready to be done with it.

Friday was a busy day with - catch up – unpack – laundry – grocery store – do all the things necessary to inspect, title, and tag the new car (and did you know that in Texas if you get a car out of state, you have to have it weighed before you can do all the title stuff???) - this – that – and the other thing.  And, then, on Friday I ate something for lunch I shouldn’t have.  Looked ok, smelled ok, tasted ok, sell by date ok, however long about 3am Saturday morning my body said – no, no, no and I suffered all the problems of food poisoning.

Saturday was a lost day.

Sunday I took my daughter to the airport so she could return home.  Monday went into Katy to see my youngest daughter.  Monday night I did stay up until midnight; listened to all the fireworks (and some idiot that buzzed the neighborhood in a small plane). 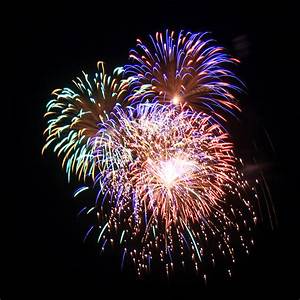