Third Week #3 Hobbits and other creatures


Tomorrow, Sept. 22, is Hobbit Day and the last day of Tolkien Week.  (I’m posting this early in case you are having a Hobbit Party and need some “food for thought”.) 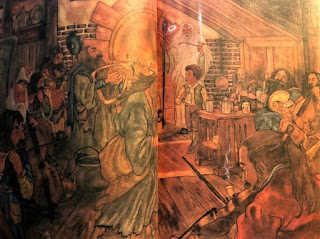 John Ronald Reuel Tolkien, was an English writer, poet, philologist, and university professor who is best known as the author of the classic high fantasy works The Hobbit, The Lord of the Rings, and The Silmarillion.  Those books are only three of the many books, stories, poems, songs, languages, and academic works published during his lifetime and afterward by his son, Christopher.  And, while I’ve read several of his books, I was truly amazed at the number of publications I’ve not only never read, but never even heard of!  I’ve added several to my “book wish list”. 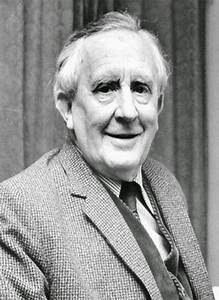 The Hobbit (1937) and The Lord of the Rings (1954–1955), are set in a pre-historic era in an invented version of our world which he called Middle-earth. This was peopled by the races of Man, Elves, Dwarves, Trolls, Orcs (or Goblins) and of course Hobbits. 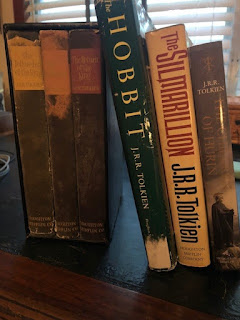 As all Tolkien fans know, The Hobbit grew from a story told to his children.  And, here’s the rest of the story – “One day while marking examination papers, Tolkien discovered that a student had left one page in an answer-book blank. On this page, moved by who knows what anarchic daemon, Tolkien wrote “In a hole in the ground there lived a hobbit“.  In typical Tolkien fashion, he then decided he needed to find out what a Hobbit was, what sort of a hole it lived in, why it lived in a hole, etc. From this investigation (imagination) grew a tale that he told to his younger children, and even passed round.”

OK, so if you’re having a Hobbit Party or just want to be creative …….

With a pastry blender or fork, cut butter into the flour in a mixing bowl until the mixture resembles cornmeal. Do this rapidly so the butter does not melt. Add the sugar and if desired, ½ cup of dry fruit. In a small bowl, beat the egg and milk together until mixed. Reserve 1 TBSP of this mixture to brush the tops of the Lembas. Add the cream and egg mixture to the flour and mix just until combined into a stiff, soft dough. Knead three or four times on a lightly floured surface. Roll dough to a ¾" thickness and cut with an oval or leaf shaped cookie cutter. Place on a lightly greased baking sheet, leaving 1" of space between Lembas. Brush the tops of the Lembas with the reserved egg-milk mixture. Bake for 12 -13 minutes in a preheated 400 degree oven.  For safe keeping, wrap each Lembas individually in a fresh, clean Mallorn leaf. If these leaves are unavailable in your area, store the Lembas in a tightly closed container. Makes about 1 ½ dozen Lembas.

Balin's Spiced Beef   Back in the finer days, before orcs and cave trolls ravaged the great city of Dwarrowdelf, Balin’s kin would gather for his legendary feasts, which always included his famous Spiced Beef. 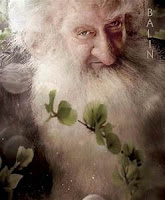 Cover and let marinate in the fridge 12 hrs. or more. Drain and reserve marinade. Preheat oven to 275 degrees. Put meat in a covered dutch oven, heat half the marinade to boiling and pour it and a cup of boiling water over the roast. Cover and simmer in the oven for about 3 hours.  If you like, you can add carrot chunks, sliced turnip and potato an hour before its done.  You can thicken the sauce like gravy, or have it au jus. Serve with roasted veggies, or noodles, or rice. Good hot or cold.

Bilbo’s Seed Cake   Bilbo serves this at various parties, and is famous throughout the Shire for it.  Thorin and Co. enjoyed it very much on that day before Bilbo's adventures began. 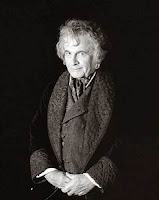 Cream the butter and sugar together. Beat in the eggs. Beat in the dry ingredients. Pour into a greased and parchment-lined 7" round cake pan. Bake at 350 degrees for 30 to 40 minutes or until a toothpick inserted near the middle comes out clean.  Cool for 10 minutes then invert onto a serving plate. Serve warm with powdered sugar sprinkled over it, or serve at room temperature.

Lothron i fin bo cín toes never dant- ed
(May the hair on your toes never fall out.)