September is Library Card Sign-up Month.  Pretty cool.  These days libraries not only have a huge selection of hold-in-your-hand books (hard, soft, and paper), they also have audio books (on CD), movies/TV shows (on DVD), and music (on CD) available to borrow for however many weeks.  Additionally, many libraries have computer stations cardholders can use, free Wi-Fi, plus the option to check-out ebooks and audio books on line.  If you don’t have a library card, you should get one today! 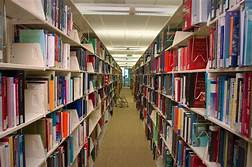 Three Sisters, Three Queens by Philippa Gregory
It is the story of Katherine of Aragon (first wife to Henry VIII), Margaret Tudor (oldest sister to Henry VIII), and Mary Tudor (youngest sister of Henry VIII).  These three women, three sisters, will become the queens of England, Scotland, and France.  And, as such, they find themselves rivals, allies, and pawns during a time when the only constant in their lives is their bond to one another.  Written from the view of the least well known – Margaret Tudor, it’s interesting, well written, and convinced me I’d never want to have been a royal in the 15th/16th century. 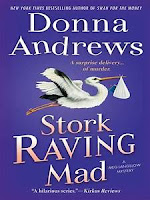 OK, so I’ve read several of the ‘Meg Langslow’ books and they all are very entertaining – funny with a good mystery and believable characters (plus, so far, no one gets chopped into pieces, tortured, beaten, or raped).  Meg is 8 ½ months pregnant with twins and has a house full of drama students (due to a breakdown in the college heating system).  The sudden arrival two prune-faced administrators, the dean of the English department and a man from the college president’s office making demands and issuing ultimatums causes all sorts of problems.  And then, one of them is murdered.  Meg's house becomes a crime scene, and the only way to restore peace is to help solve the murder before dashing off to the hospital to give birth.  I really love these books!

The Innkeeper Chronicles by Ilona Andrews

I read books 2 & 3 in this series, having read book 1 (Clean Sweep) some time ago.  Sweep in Peace  On the outside, Dina Demille is the epitome of normal. She runs a quaint Victorian Bed and Breakfast in a small Texas town, has a Shih Tzu named Beast, and is a perfect neighbor.  Sounds nice.  However, her guests are all otherworldly visitors and her Inn is a living thing that defies laws of physics.  In this book, an Arbitrator shows up at Dina's door and asks her to host a peace summit between three warring species - space vampires, the Hope-Crushing Horde, and the merchants of Baha-char.  Big challenge.  It’s a really good book full of monsters, aliens, werewolves, laughs and suspense.  Book 3, One Fell Sweep, is just a good. First, Dina must rescue her older sister Maud, who’s been exiled with her daughter to a planet that functions as the most lawless penal colony since Botany Bay. Then she agrees to help a guest whose last chance at saving his civilization could bring death and disaster to Gertrude Hunt (the Inn) which comes under siege by a clan of assassins.  Again, it’s good.  Different monsters and aliens, funny in some places, sad in others.

Sector C by Phoenix Sullivan
A sudden rise in stroke-like cases has CDC analyst Mike Shafer on alert.  Patients in every demographic from toddlers to healthy adults to the elderly, are dying with alarming rapidity.  Meanwhile, veterinarian Donna Bailey, is dealing with an outbreak of something like mad cow disease affecting multiple mammal species.  Mike and Donna’s search for answers take them to a big-game compound where they find a secret thought to be extinct for 10,000 years.  Good.  Exciting.  Interesting.  Suspenseful. 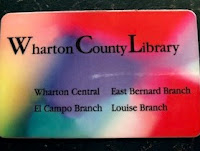